Alan ‘Corduroy’ Brown on COVID, Almost Dying, and What It All Means

< < Back to
WOUB Digital · Alan ‘Corduroy’ Brown on COVID, Almost Dying, and What It All Means

A few weeks after he thought he had recovered from COVID-19, Huntington, W.V. based musician Alan “Corduroy” Brown started feeling pretty awful.

“I remember leaving work on a Thursday and my lymph node on my left side of my neck was super swollen. And I had been kind of throwing up a lot for the past couple of days. That’s when I started to think ‘man, something’s real wacky right now,’” recalled Brown.

By the following Tuesday, Brown was in the hospital, his condition rapidly deteriorating. As Brown was life flighted to the J.W. Ruby Memorial Hospital in Morgantown, W.V. he vividly remembers what could only be described as dying.

“There’s a white light that people talk about. And I have to say that that’s completely real. As far as I could see — just infinite white. And I was aware of myself wherever I was. And during that moment wherever I was, I could see my soul — and I don’t know how to explain exactly what it looked like, but I knew it was my soul. I watched it. It was very close to me at first, and then it wasn’t, it slowly faded away from me. I literally watched my soul leave wherever I was. And I don’t know if I was in a heaven or a purgatory or what,” said Brown. “I don’t think I was on the Earth.”

When Brown landed in Morgantown, he was, technically, dead.

Brown didn’t wake up until that Thursday.

“I wake up and I’m hooked up to every machine possible, and they’re explaining to me ‘Hey, Mr. Brown, you’re in Morgantown — like West Virginia mountaineers — like, you’re still in West Virginia. You’re not doing great, but we’re letting you know, you’re still with us,” said Brown. “And you know, it’s crazy because from then on everything sort of started trending in the right direction.”

Brown also awoke to the clamoring support of his loved ones and the Huntington music community.

“I started getting on social media and there were people sending me songs or sending me my songs that they were singing and doing covers of. A GoFundMe was started and it made 30 some thousand dollars in two days,” said Brown. “If you ever doubted that you were loved – like now I know I’m loved.”

Brown would soon be diagnosed with Multisystem Inflammatory Syndrome (MIS-A) a rare, but very serious complication that was a result of his infection with SARS-CoV-2, the virus that causes COVID-19.

Defining a moment of death also entails defining life itself – which was exactly what Brown did after waking up, forever changed by his experience and overcome with a realization of the gracious urgency imbued in every flickering moment of life.

“We get this one life to figure this out. We get one life to violently pursue everything that we want to do with ourselves and with our friends and people who love us. You learn a lot when you’re laying in a hospital bed, not sure if you’re going to be able to do the things that you want to do anymore. (…) We don’t have as much figured out as we might think we do,” he said.

The perspective that Brown’s experience has granted him is revelatory given that he didn’t always feel this way. As recently as 2017, Brown said he found himself “attempting suicide at times and really struggling with being alive.”

“Back in 2017 I finally started going to therapy and taking medicine because I didn’t know how to live. And I feel like with this whole thing, God was like, ‘let me show you something with this. You don’t really want to die. I’m gonna take you as close as I can to death and bring you back and show you that I’ve given you all these great things. Let’s do some stuff on the Earth with it while we’ve got it,’” said Brown. “It’s not that I didn’t take music seriously before, but there’s no way for me to not to take every show seriously; not to take every time I talk to someone seriously — it’s like, I’ve had this crazy awakening.”

Brown’s renewed reverence for life is palpable on his first full-length release as Corduroy Brown, entitled Let Me Know, which was released Friday, August 13. Brown took some time to give WOUB Culture a deeper perspective on the album in the feature embedded above, which includes portions of the tracks “Better On the Ground,” “To My Younger Self,” and “Die Happy.” 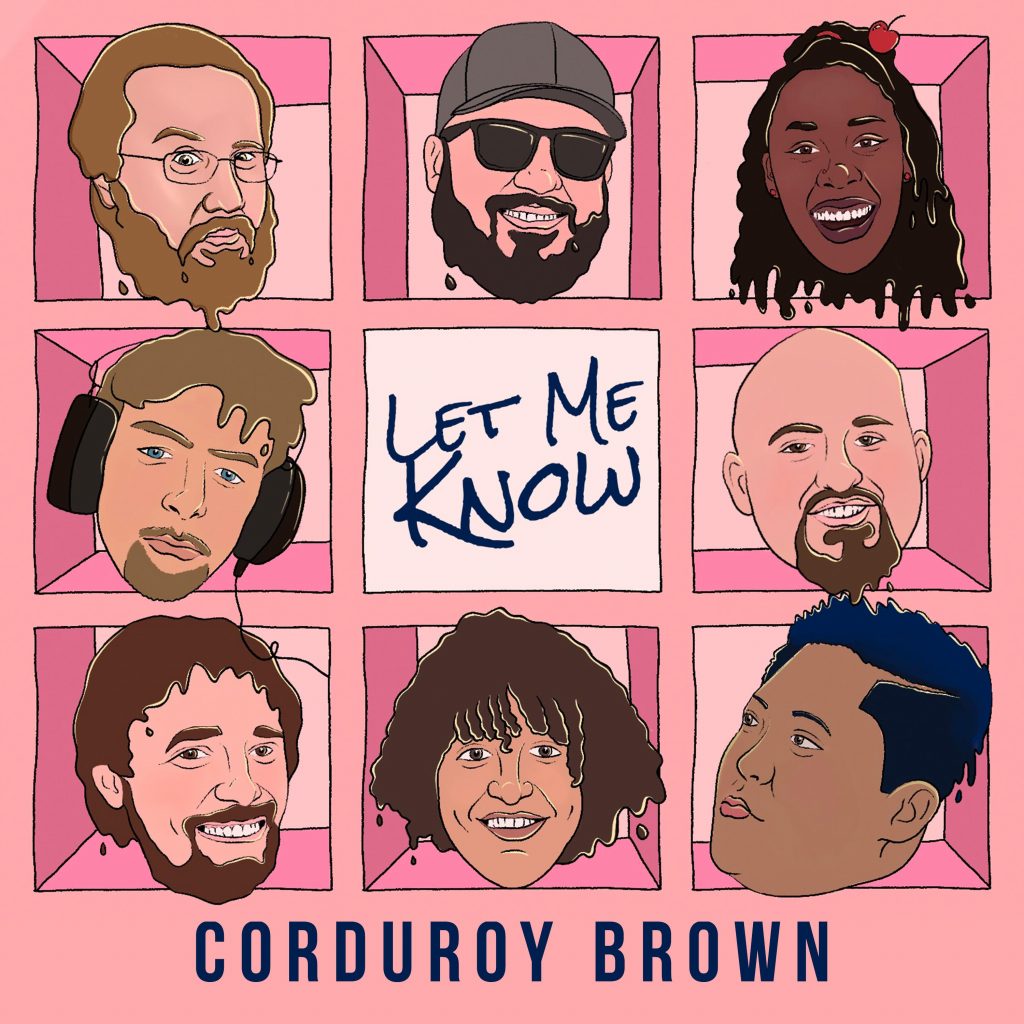 Trump insists on using racist language. Will that approach win him support?