Think back on the last postcard you received.

Did it have a glossy picture of a beach on the front and a quickly scrawled message on the back? Or maybe a black and white photo of a place you’ve never been on one side and compact rows of words from someone far away on the other?

Or maybe the last postcard you received wasn’t like that at all. Perhaps it was something else entirely – maybe it was even Athens-based band Sneakthief’s new single, which happens to be entitled “Postcards”

The two track single, released on October 29, consists of two refined rock pop tunes: “Yellowstone” on side A (as it were) and “Barnegat” on side B. 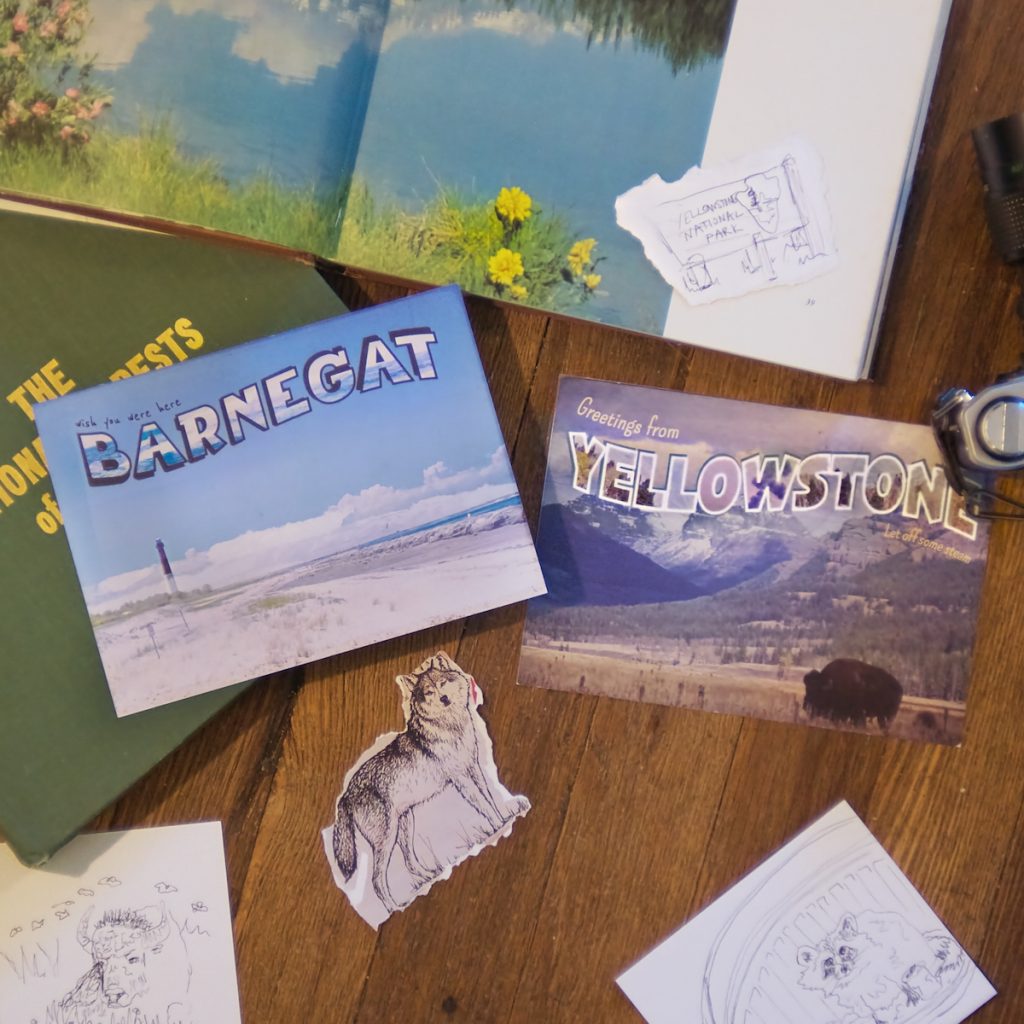 Daniel Palmer, guitarist and vocalist for Sneakthief, said the release has roots in personal tragedy.

“So, it starts with the sad story, which is my dad passing away in June of 2020. I was up in New Jersey with my family. One of the days where we were just trying to make it fun, went to a lighthouse up in Northern Jersey called Barnegat Lighthouse, and I wrote a bit of “Barnegat” there,” said Palmer. “In the song, I say ‘writing letters to myself,’ — and both of these songs are just kinda like songs to me on how to like handle the emotions that I was going through at the time. Then it turned into like, well, what if we just did these two songs that are location-based and called the single ‘Postcards’?”

“Postcards” also comes at a time when many of us are still reeling from the many impacts of 2020, and drummer Joe Fradette said both songs were penned in the midst of the height of the COVID-19 pandemic.

Shortly after the COVID-19 pandemic had really started to sink its way into our lives, I interviewed Sneakthief as a part of a series on what musicians in WOUB’s coverage region were facing in the midst of the unprecedented threat to their livelihoods and passions. Palmer said that interview came at a tough time.

“We did that interview right when the pandemic hit — I think that the title was like ‘losing crucial momentum,’ and it certainly was a punch in the gut,” said Palmer. “Because at the time, for me, Sneakthief was it. Sneakthief was what I was doing. It was like my full-time job trying to make Sneakthief work and it was going great. We were playing some really great shows. We had our May tour booked. It really felt like things were looking up — we were about to go on this great tour and we were even planning on releasing some new music — but then the pandemic hit. It was difficult to go from that. It kind of feels like we’re — I don’t want to say ‘restarting’ because we have a really great group of people who listen to us and support us. And I hate to bring up Spotify numbers because that is absolutely not an indicator of how well a band is doing — but it’s cool to know that we released six songs on our first EP two years ago and we still have like 60 people a month that listen. It’s been really rewarding to know people still care.”

“It kind of feels like we’re — I don’t want to say ‘starting over’ because we have a really great group of people who listen to us and support us. And I hate to bring up Spotify numbers because that is absolutely not an indicator of how well a band is doing — but it’s cool to know that we released six songs on our first EP two years ago and we still have like 60 people a month that listen. It’s been really rewarding to know people still care.” – Daniel Palmer, vocalist and guitarist for Sneakthief

Palmer and Fradette are both satisfied with the shift in Sneakthief’s sound since the release of the band’s 2019 self-titled EP.

“I think ‘Postcards’ is a logical progression for us, and I’m really excited about that,” said Palmer. “Because we have a full LP written lyrically and — I don’t want to say it’s written compositionally all the way yet, but it’s coming together. And this is a really great stepping stone to that, I think.”

Daniel Palmer has a November 12 solo performance at Donkey Coffee (17 West Washington Street) in Athens with Plastic Lemonade coming up, and you can keep tabs on everything else Sneakthief is up to on their Facebook, Instagram, and Twitter; and listen to their music on their Bandcamp page, YouTube, Spotify, or wherever else you get your music.

Why are there giant concrete tunnels in the desert?