Former WOUB student is a girl with guts

ATHENS, OH – When Alanna Martella was an Ohio University student working at WOUB Public Media, she was always ready and willing to work hard and learn. Many of her fellow students never knew that Martella also had many other things on her mind. 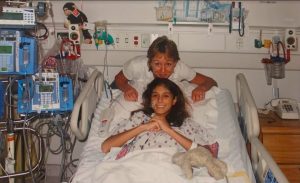 “I was so excited to be a part of the journalism program at Ohio University. I was so sold on WOUB and just how incredible the program was, and I wanted to be a part of it,” said Martella. “I went to Athens to pursue my dream in spite of my health issues.”

Martella grew up in Cincinnati, and during her senior year of high school, she was visiting her grandmother at her nursing home and felt extreme pain in her abdomen. The pain continued for hours and eventually she passed out. After being rushed to the hospital, she had to be resuscitated and rushed to the operating room. Martella’s small intestines had been twisting around each other cutting off her circulation and creating sepsis. She had to be “cut open down the middle.” Surgeons removed 15 feet of her small intestines, and Martella was given an ostomy bag.

“After all of that, needless to say my parents were really nervous when I went off to college,” said Martella. “But I wanted to study journalism at Ohio University.”

Martella got involved at WOUB right away. She worked for a couple of weeks on WOUB’s high school football television program, Gridiron Glory, but quickly realized it wasn’t for her. Martella then got involved in radio news and eventually started working as an anchor and reporter for WOUB TV’s NewsWatch.

“I really loved working at WOUB and getting that real-world experience,” said Martella.

However, her health issues weren’t quite behind her yet. A bowel obstruction caused Martella to have to have emergency surgery during her sophomore year, and she had to be “cut open down the middle” again.

“I had to be flown home for that emergency surgery and missed an entire quarter of school,” said Martella. “When I came back, I had to ease back into things. But everyone in the journalism school and at WOUB was so great and understanding.”

Due to her surgery, Martella graduated a little later than anticipated. But she didn’t let that stop her from going after her dream. In 2014, Martella was hired as a multimedia journalist at a TV station in Rochester, Minnesota.

“My mom was concerned when I moved to Minnesota,” said Martella. “But I was relatively okay while living there. I had a couple of bouts of pain, but it wasn’t anything serious.”

“Cincinnati was always the dream. I love being able to do the news for my family,” said Martella.

It wasn’t long after coming home, that Martella was back in the hospital. 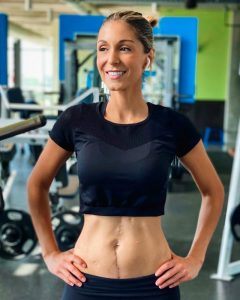 “In May 2020, I had to have another surgery where they cut me down the middle for an adhesion in the bowel,” said Martella. “It was awful because it was during COVID, and I was in the hospital for several days and nobody could come to see me.”

Martella has completely recovered and has even started using her media skills to share her story. She launched a podcast with a friend about chronic illness and gastrointestinal issues called Girls with Guts.

“It’s great to talk about some of these issues on the podcast and share it with others who might be experiencing something similar,” said Martella. “I’m able to do everything I am today because of the real-world experience I got at WOUB. When I left college, I was extremely prepared. I knew how to shoot and edit video. I was already ahead of the game. I came into the news business confident in myself and what I could do. I don’t think I would have had that without WOUB.”