1,400 years of cultural history in “Islamic Art: Mirror of the Invisible World” – January 20 at 9 pm

Explores 1,400 Years of Cultural History Through Islamic Art and Architecture

ISLAMIC ART: MIRROR OF THE INVISIBLE WORLD transports viewers to nine countries and across 1,400 years of cultural history to explore the astonishing riches of Islamic art and architecture. The program airs Thursday, January 20, 2022, 9:00-10:30 p.m. ET on WOUB.

Executive producers Alexander Kronemer and Michael Wolfe of Unity Productions Foundation created this 90-minute special. Produced and directed by Robert Gardner and narrated by Academy Award-winning actress Susan Sarandon, ISLAMIC ART not only explores the art of religious life in Islamic culture, but also reveals the secret world of rulers and their private palaces. 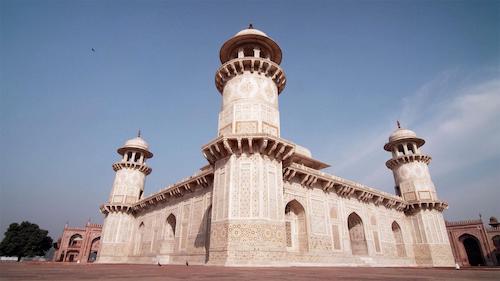 “Though Islamic art differs from Western art in some respects, like all art it carries the values and perspectives of its creators, as well as those who commissioned it — whether religious or secular,” says Gardner. “The film provides a never-before-seen window into a culture of increasing importance to America, and sheds light on the shared histories between Western culture and Islamic culture, revealing over time much more continuity than division.”

Developed over two years, ISLAMIC ART presents breathtaking high-definition footage of Egypt, Israel, Syria, Tunisia, Turkey, Iran, Spain, Mali and India. Showcasing an extraordinary array of architecture, textiles, paintings and metalwork, the scenes in the film illuminate the history of a unique culture and reflect the Islamic world as it is today.

“Audiences will explore exotic vistas that many of us have never seen, gaining access to some of the Islamic world’s most sacred places,” says Kronemer. “In addition to its beauty, the film has real weight, correctly depicting the relationship between Islamic and Western civilizations not as a centuries-long deadlock, but as an often creative conversation between powerful forces.”

A Woman Grapples with Two Mysteries: “Elizabeth Is Missing” on MASTERPIECE, Sunday, Sept 26 at 9 p.m.