When Renée Stewart posted a video on social media performing a stripped-down rendition of a song she’d written in 2016, she was just looking for input on a guitar part. Little did she know, she was about to get all that, plus a lot more.

Longtime area guitarist Dustin Nash saw Stewart’s video and responded. He wanted to contribute a guitar part to what Renée had put together, but he had even larger ideas about where to take what they were making.

Around that same time, Nash managed to recruit Phil and Lyle Moon for the percolating project – two lifetime area musicians who were core parts of longtime area rock band Blitzkrieg. Eventually Phil Ohlinger and Sean Walton joined the mix, leading to the formation of the Renée Stewart Band, whose first recorded release hits the Internet on July 8 before a physical release July 9.

Entitled “Stories,” the vocally charged, expertly executed blues rock release feels somehow deeply personal while maintaining a certain accessibility – and isn’t that what all music is going for? 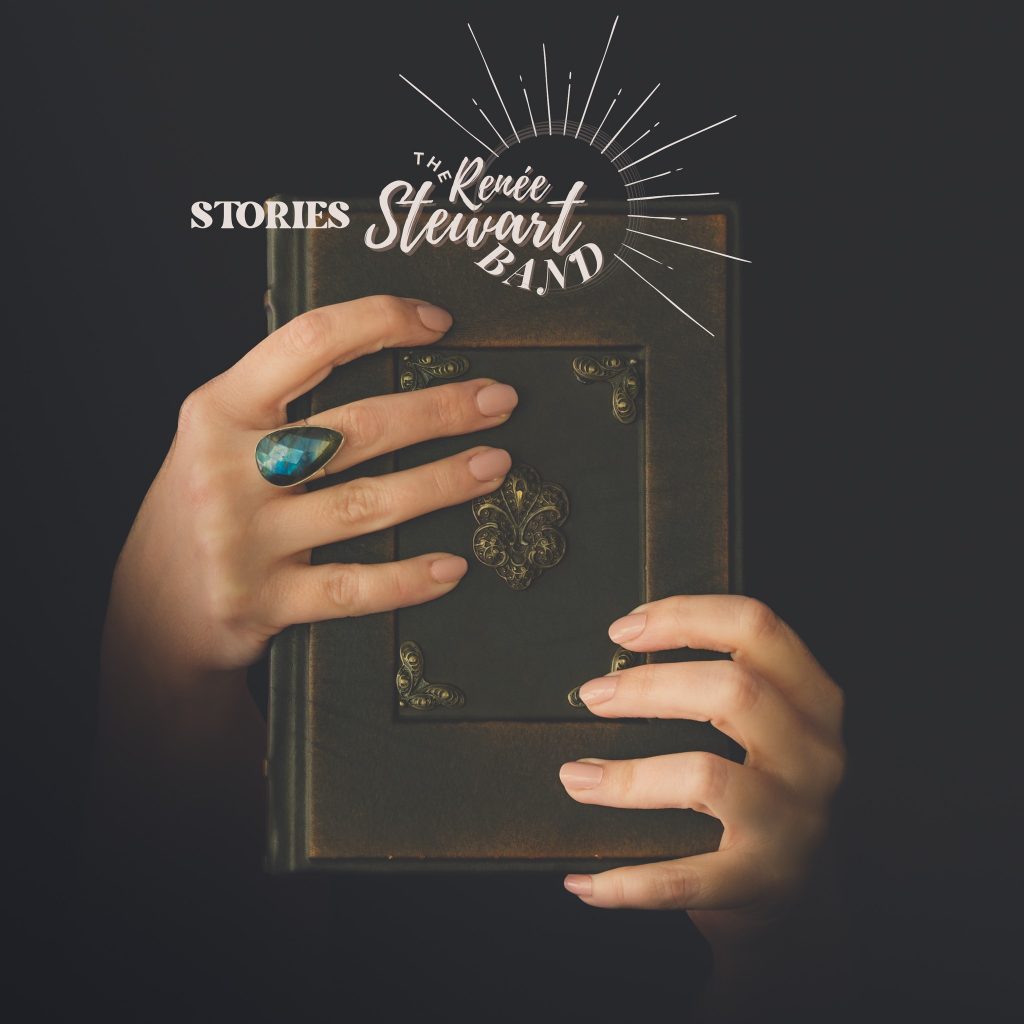 Much like the formation of the band itself, the recording of “Stories” was quite natural, which, if you’ve ever been a part of a musical recording, as Lyle Moon has, you know is quite a feat.

“The whole thing has been so organic that it’s almost creepy! When we were sitting in the studio finishing up the record and we were listening to it and it was like ‘that sounds really good!’ Is that us?” laughed Lyle. “I never thought we would sound like that. I mean,  I know we’re capable, but I didn’t think we could make product of it that’s that solid! We I’m very proud of it. I’m very proud of it.”

An anchoring aspect of the recording was Renée’s stunning vocals, which had been a major attraction for the other band members to begin with.

“The other thing that I’m particularly proud of, even though I had nothing to do with it, was that when we started rolling tape, (Stewart) was putting down a guide vocal track, and that’s what’s on the record,” Lyle said. “She put down scratch vocals that are pristine.”

Renée is humble about her abilities.

“To be honest, I just grew up in a household where there was just music constantly around. I was very lucky to grow up with my grandpa living in a mother-in-law suite downstairs. He was always playing piano and guitar and harmonica and singing gospel music,” Renée said. “So I got very accustomed to a big voice style, because that is what he did. And it was sort of a joke in my family that if you want to be heard, you better belt it out!”

The Renée Stewart Band hosts their release party for “Stories” with special guest Nick Michael Saturday, July 9 at the Court Grill (112 Court St.) in Pomeroy. Keep tabs on the group on Facebook and on their website, reneestewartmusic.com. Pre-save “Stories” at this link.

Hundreds In Muskingum County Without Power

One of The Most Influential Religious Leaders of the 20th Century: “Billy Graham” on AMERICAN EXPERIENCE, May 17 at 9 pm