HINDMAN, Ky. (OVR) — Eastern Kentuckians are living through one of the most devastating floods in state history.

More rain is forecast through the weekend, potentially compounding an already massive disaster.

The National Weather Service declared a flood watch for all of eastern Kentucky.

State officials confirmed three deaths by Thursday afternoon, but the total is expected to rise.

In Hindman, KY, Troublesome Creek broke through its banks, flooding the entire downtown.

At some point I’ll be able to do reporting or something, but for the day I’ve been stranded in Hindman watching Troublesome Creek go down. It was up 12 feet last night, people died but we don’t know how many. pic.twitter.com/9JhVziMJ2k

Eastern Kentucky is one of the most vulnerable areas for flooding, according to an Ohio Valley Resource analysis of data that accounts for the effects of climate change. 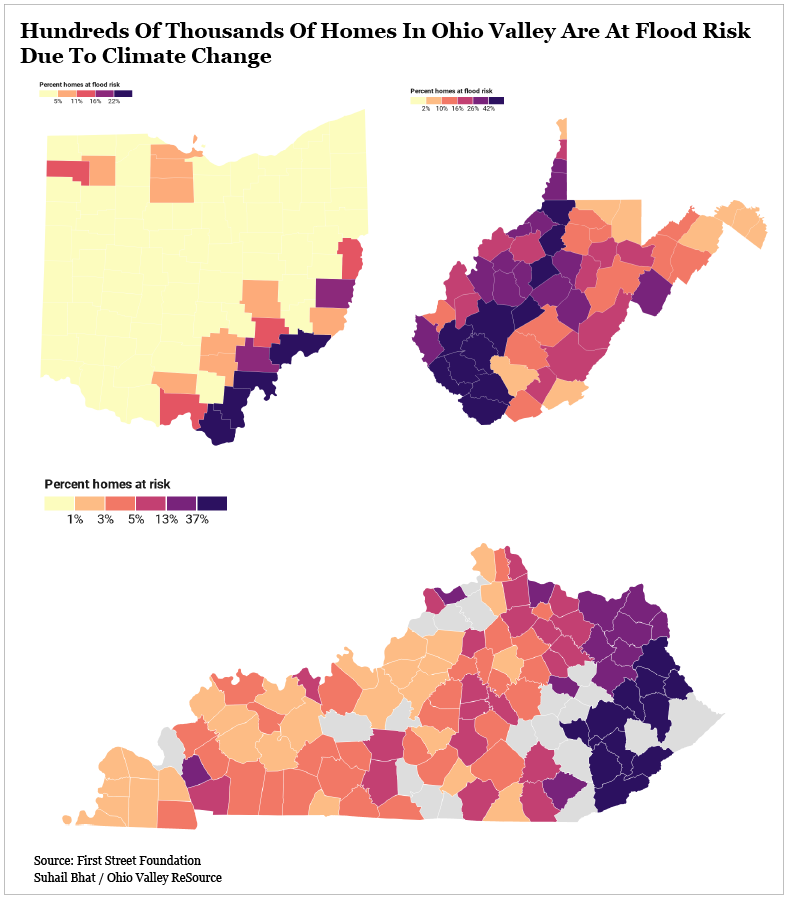 Thank you for all the support pouring out during this devastating flood. Communication lines are starting to come back online, but please be patient with us to get through messages. pic.twitter.com/PO8jcxVH7v

The Ohio Valley Resource will be updating a list of opportunities to donate, volunteer and help as the recovery effort continues.