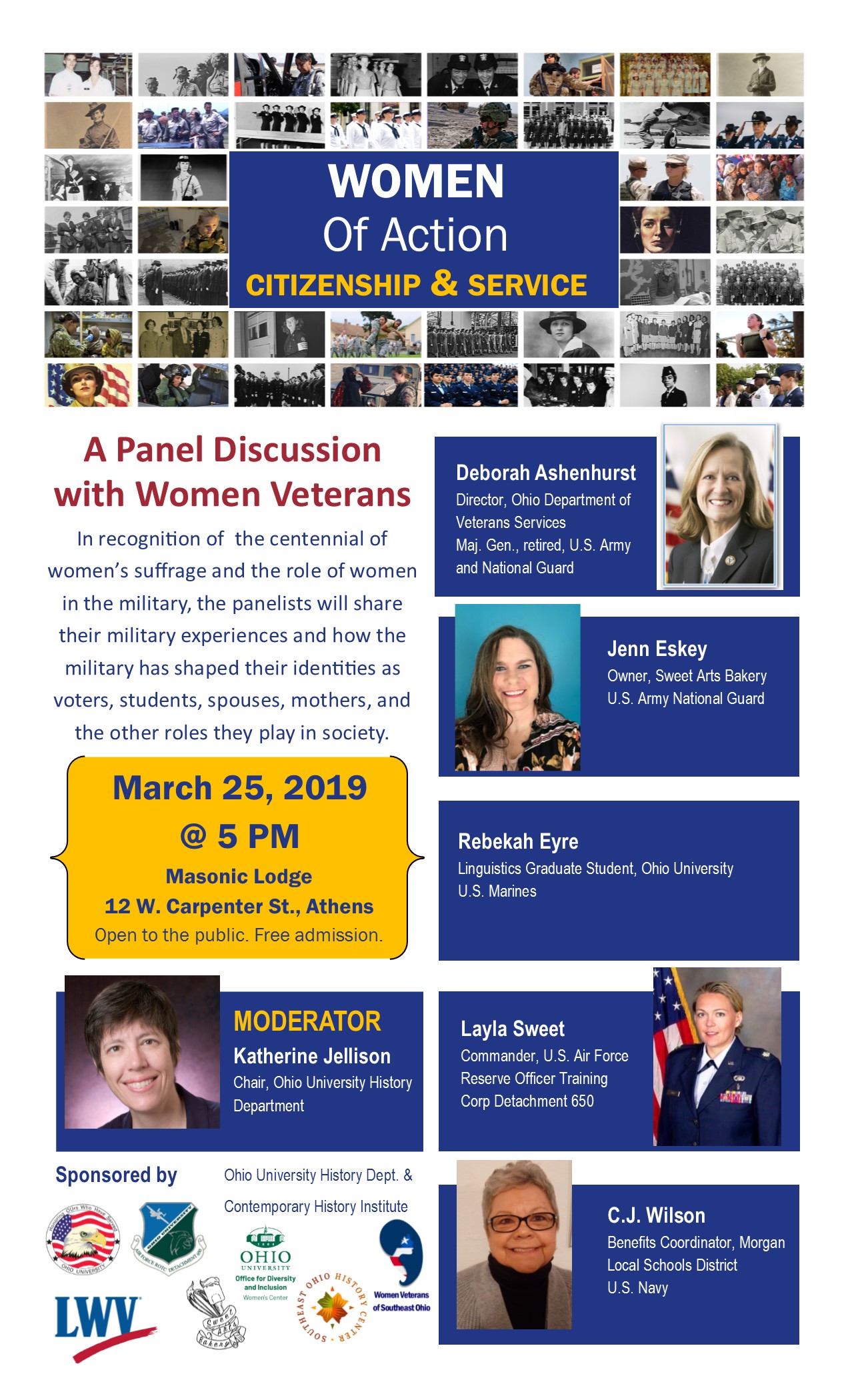 Women make up nearly 10 percent of the U.S. veteran population and are the fastest growing group within the veteran community, yet they remain mostly invisible in society. In recognition of their service and the centennial of women’s suffrage, a group of community and Ohio University sponsors are holding a panel discussion with women veterans on Monday, March 25. The five panelists will share their military experiences and how the military has shaped their identities as voters, students, spouses, mothers and other roles they play in society.

The panelists include the recently appointed Director of the Ohio Department of Veterans Services Deborah Ashenhurst, who retired as a major general from the U.S. Army and the National Guard in 2015. Ashenhurst is the first woman to serve as director of ODVS.