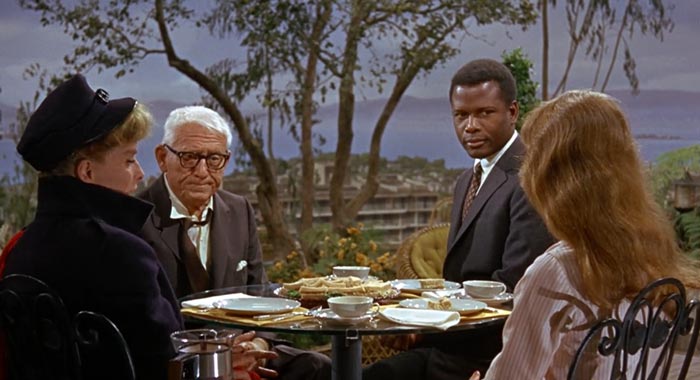 Peoples Bank Theatre continues its series of 1967 classic movies on the big screen.

Love seeing classics on the big screen?
Save on movie tickets! Get tickets for 5 or more of our upcoming films for just $5 each. Click here.
108 min
NR
1967
Old-line progressives Matt and Christina Drayton (Spencer Tracy and Katharine Hepburn) have raised their daughter Joey (Katharine Houghton) to think for herself and not blindly conform to the conventional. Still, they aren’t prepared for the shock when she returns home from a vacation with a new fiancé: African-American doctor John Prentice (Sidney Poitier). While they come to grips with whatever prejudices they might still harbor, the younger folks must also contend with John’s parents (Roy Glenn Sr. and Beah Richards), who are dead-set against the union. To complicate matters, the older couple’s disapproving maid (Isabel Sanford) and Christina’s bigoted business associate (Virginia Christine) put in their two cents’ worth. While Joey is determined to go ahead with the wedding no matter what people think, John refuses to consider marriage until he receives the unqualified approval of all concerned. The closing monologue delivered by Spencer Tracy turned out to be the last scene ever played by the veteran film luminary, who died not long after the production. The film was a success in the racially volatile year of 1967 and was nominated for 10 Academy Awards, including Best Picture, and won for Hepburn and screenwriter William Rose.
+ Google Calendar+ iCal Export