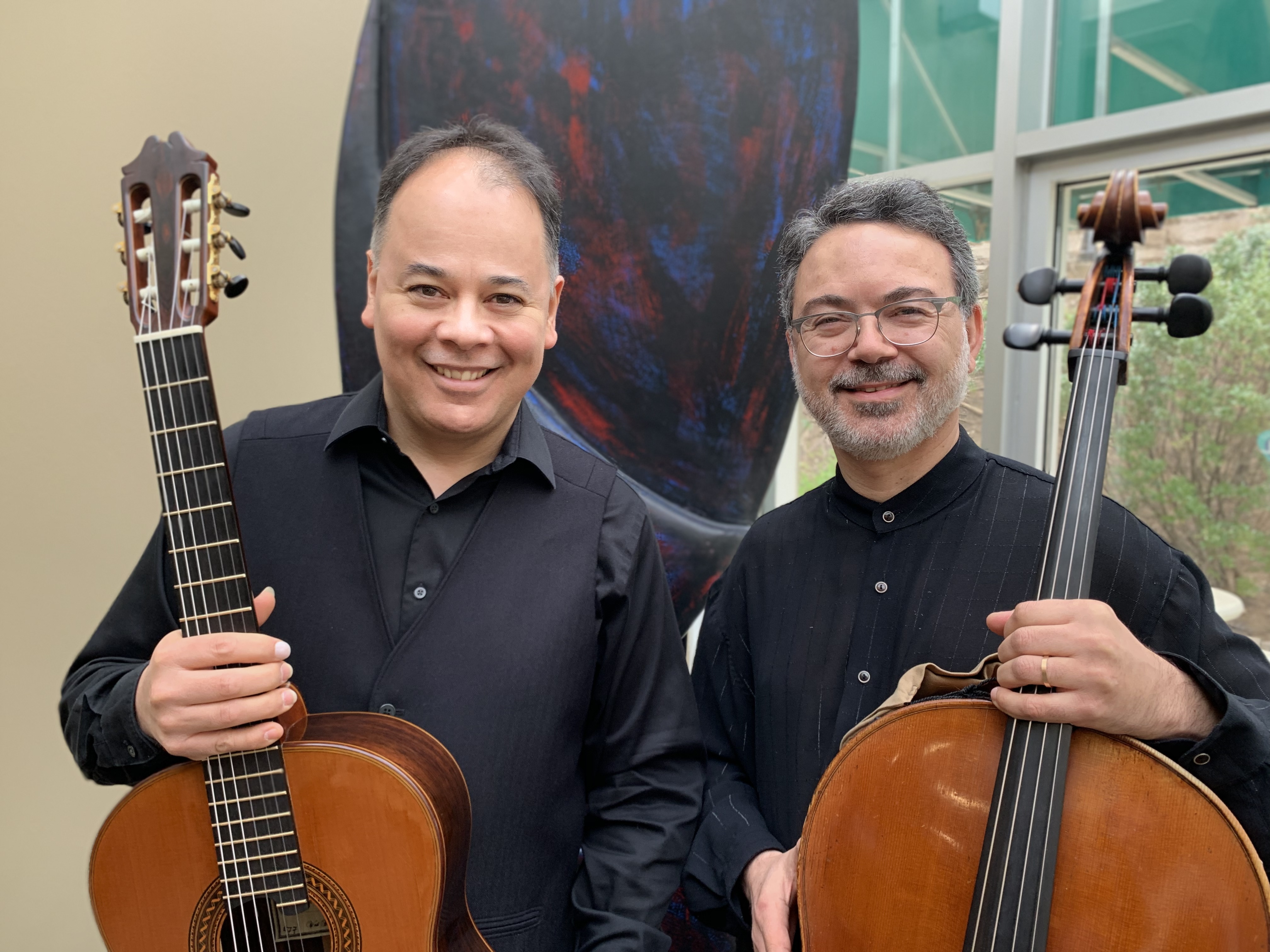 The Alves-Dikener Guitar/Cello Duo featuring Marshall University faculty members Dr. Julio Alves (classical guitar) and Dr. Soien Dikener (cello) will perform on Friday, April 26 at 7:30 p.m. in Ohio University Southern’s Bowman Auditorium. This is the last Ironton Council for the Arts 2018-2019 season subscription concert. Tickets are $10 and are available at the performance. Free for OU students with valid ID.

Dr. Solen Dikener was born into a musical family and earned his doctorate degree (DMA) from Michigan State University. A full professor of music, Dikener has been teaching at Marshall University since 2002. He is a founding member of the Capital Trio from New York and has been performing concerts in the U.S. since 1997. Throughout his career he has performed concerts in the U.S., Germany, Austria, France, Turkey and the U.K., in collaboration with many great artists.  He published 7 CD recordings that feature the music of composers from Turkey and the U.S.