You are viewing the January 7, 2014 daily archives

For the 77th time, the Ohio Bobcats (5-7) will face rival Miami of Ohio (4-8) Thursday in the Convocation Center. The RedHawks hold a 51-25 lead in the series and have not lost to the Bobcats since January 2011. Ohio last played Miami in the first round of the 2013 Mid-American Conference Tournament where the… Read More

Ohio (10-3) opens up Mid-American Conference play Wednesday with a road game against the team that sits behind it in second place in the MAC East, Kent State (9-4). Kent State stormed out of the gate this season, winning eight of its first nine games. Since starting the season 8-1, the Golden Flashes have gone… Read More

The Marietta Times reported Tuesday that Marietta College senior point guard Tyler Hammond was arrested Saturday for operating a vehicle under the influence. Hammond, Marietta's only senior, was averaging 28.3 minutes per game for the Pioneers this season averaging over 10 points per game with 44 assists on the year. Last season, he earned honorable… Read More

Treating heroin use as a public health threat and educating people about its dangers are among the recommendations of a panel in northeast Ohio. A daylong summit in November on the heroin epidemic in the region led to the community action plan with the recommendations, which also include pushing for legislation to help battle the… Read More

Officials say repairing a major water main break that spilled water across downtown Columbus streets will take most of the afternoon. Frigid temperatures slowed work on the break that caused some streets and nearby buildings to be closed Tuesday. Public utilities department spokeswoman Laura Young Mohr said water service is expected to be restored by… Read More

The Albany Café reopened old school house doors in the Albany School nearly two years ago.  Since then this home-cooking eatery has become a favorite of both those new to the town and those who have fond memories of their years as students in the building. “Eighty percent of all new restaurants fail and I… Read More

The governor's office says the director of the Ohio Environmental Protection Agency has resigned. Director Scott Nally was appointed by Gov. John Kasich. He has led the agency for three years. In a resignation letter dated Tuesday, he says the appointed position is not forever. He also stressed the importance of knowing when to step… Read More

Attorneys trying to stop the execution of a condemned Ohio killer say the state's untried execution method will cause the inmate agony and terror. The defense lawyers allege the two-drug combination won't sedate death row inmate Dennis McGuire properly, and he will experience a suffocation-like syndrome known as air hunger. The lawyers asked in federal… Read More 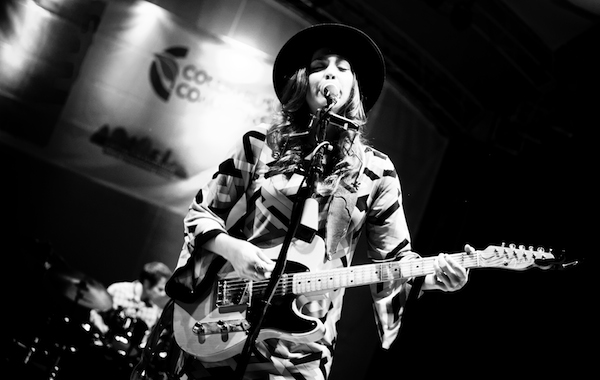 Since 2009, Angela Perley and her band The Howlin' Moons have toured throughout the U.S., received overseas airplay on the BBC and performed at the South by Southwest music festival in Austin, Texas.

The band is about to release its full-length debut, Hey Kid, and celebrate with a show in Athens–the town that gave Perley her musical start and the subject matter for the album's lead-off track.

The Athens Bill of Rights Committee submitted more than the required number of signatures to the city auditor’s office on Friday to place a fracking ban on the May primary ballot — a second attempt by the group. According to a news release issued by the group on Saturday, 871 signatures were delivered to Athens… Read More

The Athens Police Department saw a significant decrease in the number of noise complaints in 2013 compared to prior years but an increase in nuisance party reports, according to APD Chief Tom Pyle. In the January Athens Police newsletter, Pyle wrote that noise complaints have substantially dropped in the city for the first time since… Read More