Upon a click to Mae Klingler’s website, visitors are greeted with a pleasing yellow background and a clean, intricate doodle of an enormous tree, complete with birds, clouds and a small sun.

Her voice rings in, sweet as honeysuckle. The lyrics of “Dragons” are imaginative and inspiring, building with sound as a poppy rhythm picks up her voice and carries it with grace.

Released on Nov. 4 through iTunes, Klingler’s debut album The Mighty Small is probably the most accurate description of the colorful world in which “Dragons” is a part, bringing small sounds together to create some incredibly mighty melodies.

Living up to its name, The Mighty Small reached #10 on iTunes’ Singer/Songwriter chart within days. Klingler is very happy with the response so far.

“I’ve gotten great feedback from friends and have gained some new fans across the country through giveaways like Noisetrade and some licensing pitches that have been made on my behalf,” she said. “Maybe the most unexpected was hearing that the songs have been playing in movie theaters in North Carolina and random stores in Florida and California. Surprising, but great!”

Following her graduation from Ohio University, Klingler had a “pretty big lull” for about five years.

“I was just kind of writing, playing around and doing shows here and there,” she explained. “I got a chance to start making this record about two years ago.”

The process of making of the album was slightly unorthodox, taking about two years to complete.

“A friend of mine named Josh Seurkamp and I would work together on the record on Fridays,” she said. “He had a full-time job and six kids, so sometimes it was hard to get together. We just worked when we could and it was super fun. Our goal was just to enjoy the process…and we totally did.”

“I got to work with two super guys,” she said. “They are incredibly talented. And not just that, but fun to work with and very encouraging.”

Reflecting back on Mae’s days as a student, Athens musician Bruce Dalzell remembered a shy, quiet participant on his open mic stage at the old Front Room coffeehouse, located where the Schoonover Center is today.

“She was playing this enormous nylon-stringed guitar that she could barely get her arms around,” Dalzell said. “She was singing at barely a whisper. I mean, she was petrified…but she got up there and sang anyway.”

Mae’s time in Athens was centered around music, with Dalzell’s open mic nights as her venue of choice for performance and listening.

“That was my place, those were my people,” she said, her voice increasing with excitement as she reminisced. “I was there frequently. And if I wasn’t playing there, I was hanging out, watching other people play.”

As Klingler kept returning on Fridays, Dalzell kept encouraging her. Eventually, she grew to view Dalzell as a trusted mentor.

“Bruce is just a guy who is incredibly supportive,” she said. “He can just keep people going. He has that way about him, where if you’re discouraged, he’s going to say something that keeps you trying and that’s exactly what someone needs when they’re just starting out.”

When asked about her favorite performance in Athens, Klingler thought of a recent show at The Front Room. She surprised Dalzell shortly after the release of The Mighty Small by turning up unannounced.

“She walked in and startled the bejeezus out of me,” Dalzell said. “And it was very much the same as it always was. There were people in there studying and canoodling and Mae’s up there singing her heart out. That’s the way it is here.”

When she’s not performing, Klingler makes videos and writes songs for children in the Cincinnati area, a position she was offered after volunteering at Crossroads Community Church. She also hopes to head back into the studio before too long.

“I’d love to do a follow up,” she said. “Right now it looks like it may be a single here and there, or an EP in the next year or so. But I’ve been working on new songs and would love to give them a proper home.”

The Mighty Small is available on iTunes. Photos by Jonathan Robert Willis. 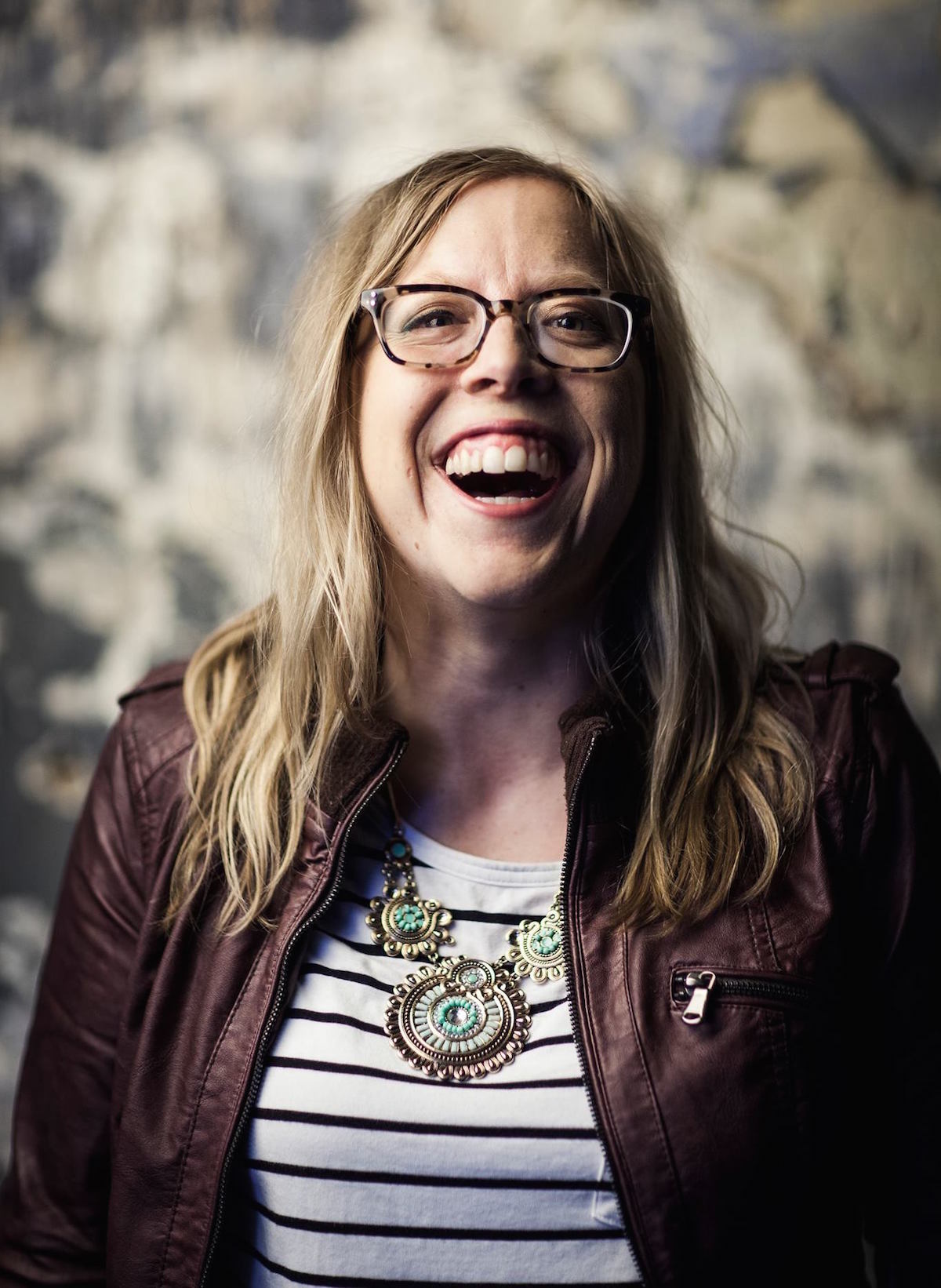 Hex Net Looks to the Future with Debut Album