A Novel Idea: 7 Books for Your Summer Reading List

As acquisitions librarian for Athens County Public Libraries, I see a lot of books, scan a lot of reviews and ultimately decide what goes on the shelves. That also means I get to read a lot of good books (I don’t finish books I’m not enjoying).

Here are a handful of titles you may have missed to get you started on a book-filled summer. 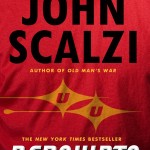 There’s a lot to enjoy in this book. If you like parodies, Star Trek, science fiction and/or meta-stories (including meta-data, meta-physical, metaphoric…), then this is the book for you. John Scalzi tackles it all. Redshirts is a quick read with just the right amount of character, story and philosophical wanderings to keep it light and interesting. Even while you’re reading, you’re aware of your place in the story. A couple of times, the “science” of time travel and other “explanations” become ridiculous and hard to follow, but I’d argue that’s part of the point (part of the joke, even). Embrace it and go along for the ride. It’s a fun read. 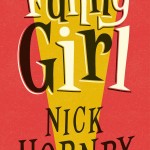 I can understand why this book is getting so many mixed reviews. For those who are long-standing Hornby fans, it probably doesn’t deliver in the same way as his other titles. For one thing, this is a straight-ahead novel. No lengthy list of characters, each telling a different part of the story; no flashbacks in the narrative. It’s traditional storytelling with likeable characters and I’m okay with that. Not every book needs to be a challenge. Even those who don’t like this particular title will surely recognize that Hornby can craft a sentence and engage the reader. As always, there are plenty of references to pop culture and music as we follow the career of Sophia/Barbara from being crowned Miss Blackpool to a becoming a bona-fide BBC television star, a sort of slightly-younger British version of Lucille Ball (the main story takes place in the late 60’s). I recommend Funny Girl to anyone who likes novels that are period pieces very much rooted its era. 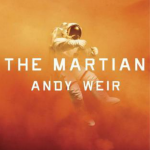 Maybe you hardly ever read sci-fi and yes, this is full of techno-babble, but The Martian is really about the human experience and ingenuity and overcoming all. It’s a fascinating and believable tale of a stranded astronaut left behind on Mars. To survive he has to hack, jury-rig and “MacGyver” his way through, spoil after spoil. It kept me up at night reading. I discovered this book at the end of last year during Science Friday’s annual “Best Science Books” show. Ira Flatow and I both highly recommend it. And, of course, a movie is forthcoming. 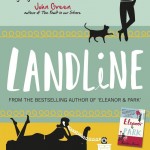 This book got into my personal sense of what is real and drifted into my dreams and reality. I carried it with me.   I enjoy a book that explores a character completely. Rowell does that with Georgie, the main character here. You get to know her through a critical week in her marriage/relationship with Neal. Along the way she re-discovers long distance phone calls, her sister, her relationship with her best friend, puppies and snow…in that order. This isn’t a book that has a lot of physical action; it’s all cerebral. It’s a little bit about time travel…or is it? 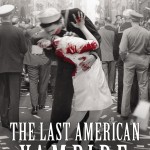 I enjoyed Grahame-Smith’s Abraham Lincoln: Vampire Hunter a lot. It was realistic and completely convincing. (Yes, I know how that sounds-–I even felt like I learned something about Lincoln!) This book follows American history after Lincoln’s assassination. I think the first Vampire Hunter book succeeded because it had a more central focus and read like Lincoln’s journals. This one feels more unwieldy, but that is not to say that stretches of the book aren’t interesting. Tesla and Bram Stoker and Arthur Conan Doyle cahooting through Europe makes for fun times. And Grahame-Smith is a spot-on writer, easy to read. You don’t have to have read the first book (or have seen the movie) to read this one. If you’re interested in history (albeit skewed and peppered with vampires), you’ll probably enjoy this romp. 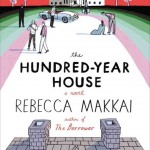 The Hundred-Year House shuffles through three major time periods in the lives of the Devohrs and the estate they’ve inhabited off and on for over a hundred years. At various times the house has also acted as an artist’s colony, which sets up the different narratives and conflicts. The telling starts in the late 1990s then the book moves backwards from there. It’s an unraveling, I suppose, but I wonder how the pace would change if the story started in 1900 instead of ending up there. The passage of time is an important part of this book. If you pick it up, read it backwards and let me know how it goes. 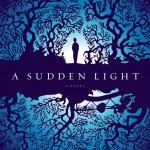 This is very different from Stein’s other books. I recommend his Art of Racing in the Rain (a book entirely narrated by a dog!) on a regular basis. A Sudden Light is a ghost story with an adventurous young protagonist who discovers secret passages and hidden rooms in a rambling and deteriorating mansion in Washington state. Much like Makkai’s book (above), the house is very much a character in the story. Of course, there’s a mystery and family secrets and historical intrigue. It’s the ideal Gothic setup for a hefty book that will keep you occupied for hours.

James is a librarian and the Access Coordinator for Athens County Public Libraries. When he’s not selecting new titles for the collection, he can be found volunteering at the Nelsonville Music Festival.