Is It All in the Taste Buds?

“That soup needs more salt.” “What? The soup tastes fine to me.” Or, “that cake is far too sweet,” yet, that same cake tastes “just right” to someone else. Why do I automatically pucker at the thought of biting in to a lemon wedge, but, my son doesn’t even squirm?

How much do comfort, emotion and simply what we are accustomed to play in to our taste? Or do they? I remember as a little girl over-indulging on peanut butter kisses in the black and orange wrappers that line store shelves come Halloween. After I had my fill, I was quite ill, and, to this day I cannot look at one of those wrappers; the very the scent brings back not-so-favorable memories.

Has someone ever said to you “Oh, my goodness, you have got to try this…! This is the best…!” So, you become anxious to try and once you do…complete disappointment. Why were you disappointed? Why didn’t the flavor appeal to you? Is this type of experience only taste bud related? Is this experience, from the person encouraging you to try, from their lack of exposure to other types of food and flavors? If our food experiences are limited due to choice, custom, or, famine what happens to our taste buds? Can our taste buds be revived or can they be dormant? 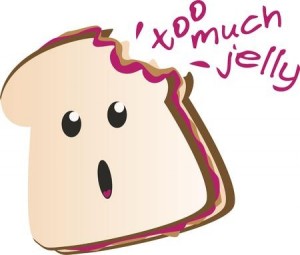 Here is how the National Library of Medicine explains what taste actually is. What happens in our bodies enabling us to perceive flavor? The chemical substance responsible for the taste is freed in the mouth and comes into contact with a nerve cell. It activates the cell by changing specific proteins in the wall of the sensory cell. This change causes the sensory cell to transmit messenger substances, which in turn activate further nerve cells. These nerve cells then pass information for a particular perception of flavor on to the brain. Now, get a mirror and stick out your tongue. Do you see those wart-like bumps? These are taste papillae (pronounced puh-PILL-EE) and are actually mucous membrane of the tongue. These are where the substance producing the taste is transformed into a nerve signal and contain many sensory cells with a special structure. Together with other cells they make up a bud that looks like an orange with its sections arranged around a center. In the middle of the top side is a small indentation filled with fluid. The chemical substances responsible for the taste are washed into this funnel-like hollow. This makes sure that the substances are detected and analyzed by as many sensory cells as possible before being swallowed.

There are five basic tastes: sweet, sour, salty, bitter and savory (otherwise referred to as “umami”). According to the National Library of Medicine, research suggests that there are most likely receptors specifically for fat; if found to be true, fatty would be the sixth sense. Three other tastes being researched: are alkaline, metallic and water-like. These five tastes can actually be sensed by all parts of the tongue. Only the sides of the tongue are more sensitive than the middle overall. This is true of all tastes, with one exception though, the back of our tongue is very sensitive to bitter tastes. This is apparently to protect us so that we can spit out poisonous or spoiled foods or substances before they enter the throat and are swallowed.

So how does our sense of taste work? A bitter pill, sour grapes or sweet nothings are descriptions of taste quite often associated with strong emotions. They express in words states of intense pleasure as well as displeasure. The strong link connecting taste with emotion and drive has to do with our evolution. Taste was a sense that aided us in testing the food we were consuming. It was therefore a matter of survival. A bitter or sour taste was an indication of poisonous inedible plants or of rotting protein-rich food. The tastes sweet and salty are often a sign of food rich in nutrients.

Savory dishes that taste of broth evoke pleasant emotions in most people. They are a signal that the food is rich in protein. This flavor has been recognized as the fifth basic taste in addition to the four better known tastes of sweet, sour, bitter and salty. The fact that there are sensory cells specifically for this fifth taste was discovered by a Japanese researcher around 1910, which is why the common Japanese term umami is used for “savory.”

What is generally categorized as “taste” is basically a bundle of different sensations: it is not only the qualities of taste perceived by the tongue, but also the smell, texture and temperature of a meal that are important. The “coloring” of a taste happens through the nose. Our olfactory receptors inside the uppermost part of the nose contain special cells that help us to smell by sending messages to our brains. Only after taste is combined with smell is a food’s flavor produced. If the sense of smell is impaired, by a stuffy nose for instance, perception of taste is usually dulled as well.

Like taste, our sense of smell is also closely linked to our emotions. This is because our senses are connected to the involuntary nervous system. That is why a bad taste or odor can bring about vomiting or nausea…remember the peanut butter kisses! Flavors that are appetizing increase the production of saliva and gastric juices, making them truly mouthwatering.

I am now noticing how my mother’s flair for flavor is fading as she ages and she isn’t enjoying food as much as when she was younger. Based on details from kidshealth.org, the average person has about 10,000 taste buds and they’re replaced every 2 weeks or so. As a person ages, some of those taste cells don’t get replaced. An older person may only have 5,000 working taste buds. This is why certain foods may taste stronger to a child more than they do to an adult. Smoking can also reduce the number of taste buds a person has.

How is it that I don’t mind the taste of jalapenos, but, my lunch buddy has their hands up and exclaims “oh, no, no jalapenos for me!”? Well, hot and spicy don’t fall in to any categories of taste, this sensation just comes down to pain tolerance. In a study done by Linda Bartoshuk (this segment featured in Emily Jordan’s blog on BrainFacts.org) , a psychologist at Yale, she discovered that people who avoided strong tasting foods like alcohol and hot peppers actually have more taste buds than non-choosy people. These “supertasters” actually perceive tastes more intensely because their brains receive a stronger taste signal from their tongues.

Does being a picky eater have anything to do with taste buds? On July 13, 2013, a blog titled The Biology of Picky Eating was posted on BrainFacts.org by Emily Jordan. Humans are omnivores and when necessary can survive on a wide range of diets. The Miwok people of California traditionally subsisted on acorns, which they had to process by drying, shelling, pounding, leaching and cooking to render edible. During famines of the 1990’s, North Koreans resorted to eating tree bark to stave off starvation. Eating is a fundamental behavior and we derive both nutrients and pleasure from it. In Emily’s blog she wrote that picky eating may lie in our past. Selective eating is especially common in children with up to 50% of children reported to be picky. Pickiness may have evolved to keep kids from getting sick; avoiding unfamiliar foods can prevent the risk of poisoning as they start becoming independent. Emily wrote about when she traveled to Singapore she gained a better understanding of what picky eaters endure. Emily considers herself to be an adventurous eater and frequently has wondered why “normal” adults sometimes refuse to eat perfectly healthy and tasty foods. While on this trip she was all set to sample a fruit called durian. This fruit is “so stinky” that it is famously against the law to bring it in to public areas. She even surprised herself when she realized that even when covered in whipped cream she couldn’t tolerate the fruit. Her Singaporean friend finished off the shared dessert and made the comment “it’s so rich and delicious, “ all Emily wanted to do was to get the “weirdly chemical taste out of my mouth.” When extremely picky eaters try new foods, they seem to experience what Emily felt when eating durian, whatever is in their mouth simply does not taste like food.

Like the blogger I referenced, Emily Jordan, I too consider myself to be an adventurous eater and am influenced in my choices by my nose and the food’s presentation. I enjoy challenges in life, even with new food, and, I hope you challenge your own taste buds!

Courtesy given to: Emily Jordan from BrainFacts.org; National Library of Medicine; kidshealth.org; and innerbody.com

What Is A Pawpaw?: Festival Gives Taste Of Unusual Fruit

Cooking Workshop Gives Taste of Being Vegan for Cheap