Chase Roberts wanted the ball and the Ceramics defense knew it, but they still couldn’t stop him.

Several of Roberts’s teammates also found success running on Crooksville’s defense, including Johnny Runkle, who tacked on a touchdown of his own.

“The running game is phenomenal,” Roberts said of his team’s rushing attack, “We’re always going to come at you we fake one way and then go another, pound it up the middle, we’re gonna run it right at ya but you never know what’s gonna hit ya,”

As for the Ceramics, penalties and mental miscues extinguished all offensive momentum. Crooksville took several snaps in Maysville territory, but often failed to finish drives.

“I thought our defensive line and linebackers did a heck of a job and we knew that Crooksville was gonna play hard and play smash-mouth and we wanted to try and control the line of scrimmage,” Maysville head coach Craig Clarke said. “And evidently [we] did a heck of a job at that because we took away the run and we made them throw,”

Crooksville did briefly break through Maysville towards the end of the first half when Alan Wolfe tossed a seven-yard touchdown pass to bring the score at 21-8 at the half. However, Maysville’s defense quickly quelled any chances of a comeback in the second half.

The Panthers look to continue build momentum at home next Friday against New Lexington while Crooksville looks to pick up their first win at Bishop Rosecrans next Saturday. 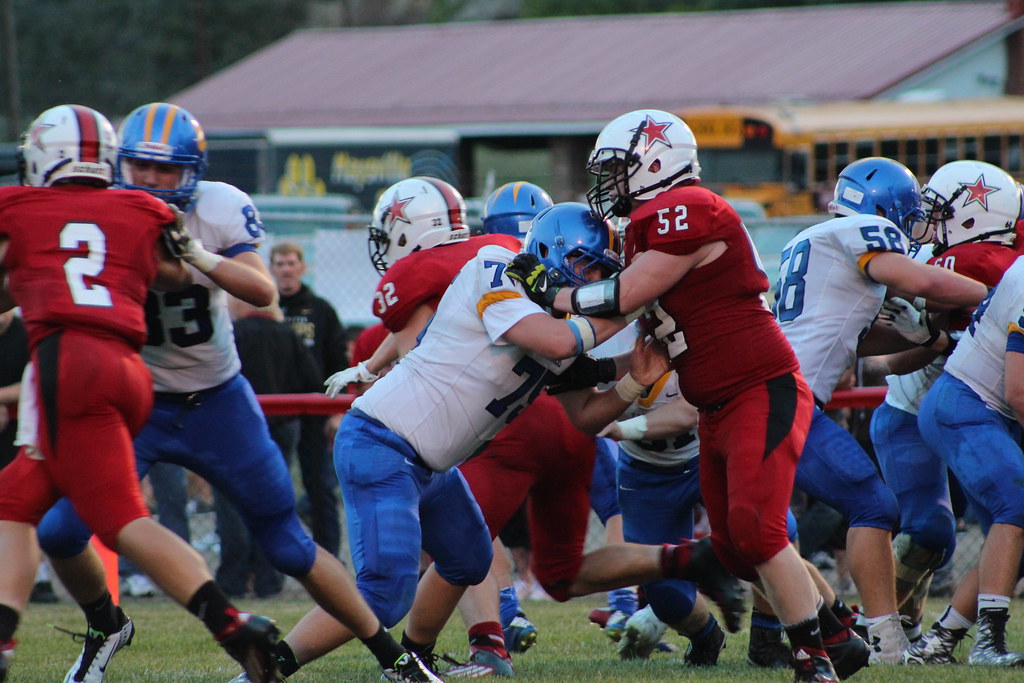 After Close 1st Half, Maysville Pulls Away From Crooksville in the 2nd Half For A 49-15 Win