The energy in Sam Hatfield Stadium was electrifying Friday night as the Maysville Panthers took on the Philo Electrics in an anticipated MVL matchup.

Both teams came into the game with high expectations, the Panthers were looking to continue their winning ways and the Electrics were hoping to bounce back after a tough loss to Licking Valley.

However only one team could emerge a winner, and that would be the Maysville Panthers. Maysville ran away with the game, winning 35-0, as they improved to 3-0 while Philo dropped down to 1-2.

The Panthers were led by senior running back Chase Roberts, as he was able to contribute one rushing touchdown, one receiving touchdown and even a passing touchdown.

Roberts opened up the scoring for the night with a 19-yard touchdown run five minutes into the first quarter, and the rest of the game would be easy sailing from there.

After a Philo fumble, Maysville jumped all over the opportunity by scoring five plays later, with senior running back Johnny Runkle running 13 yards into the end zone for a score, putting the Panthers up 14-0 right before the second quarter.

Another impressive highlight of the game occurred with 1:15 left in the first half.

Panthers quarterback Tanner Ashcraft tossed the ball out to Roberts who faked the outside run, took a step back and fired a pass to the corner of the end zone to junior wide receiver Evan Brown for the score. The touchdown would put the Panthers up 21-0.

Philo’s junior quarterback Nathan Baker also had a solid night as he completed 12 of 16 passes for 128 yards. However when it came down to it, Baker could not help his team cross the goal line.

The story of the Electrics’ night can be summed up to not being able to make the big play when they needed it.

Maysville will be hosting West Muskingum next week in another MVL showdown with hopes to of keeping its undefeated season alive.

Philo will be traveling to River View next Saturday as they will attempt to end their losing streak at 2. 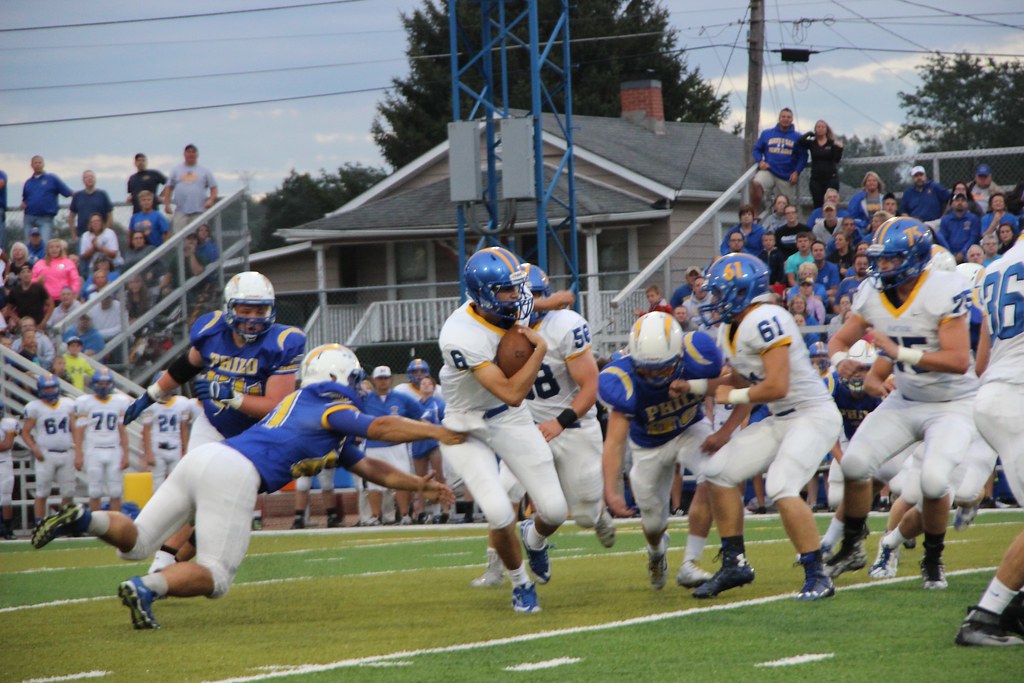