With River Valley’s powerful offense, it was no shock when quarterback Dayton Hardway helped give the Raiders a 23-0 head start into the third quarter.

With 30.9 seconds to go in the first, Dayton Hardway dropped back and threw a liner to Kirk Morrow to end the quarter and set up an eventual touchdown pass to Justin Amowood.

Later, it was Hardway again at the 16-yard line, looking for Mark Wray and scoring to conclude an 84-yard drive.

For the Eagles, Jett Facemyer, Cam Richmond and Trenton Delacruz each contributed five tackles. Quarterback Facemeyer even registered a sack on his counterpart Hardway.

Facemyer finished 12-of-21 through the air and picked up 20 yards on the ground, leading to a sluggish night for Eastern’s offense.

River Valley will look to stay undefeated against Nelsonville-York next week while Eastern will take on Federal Hocking. 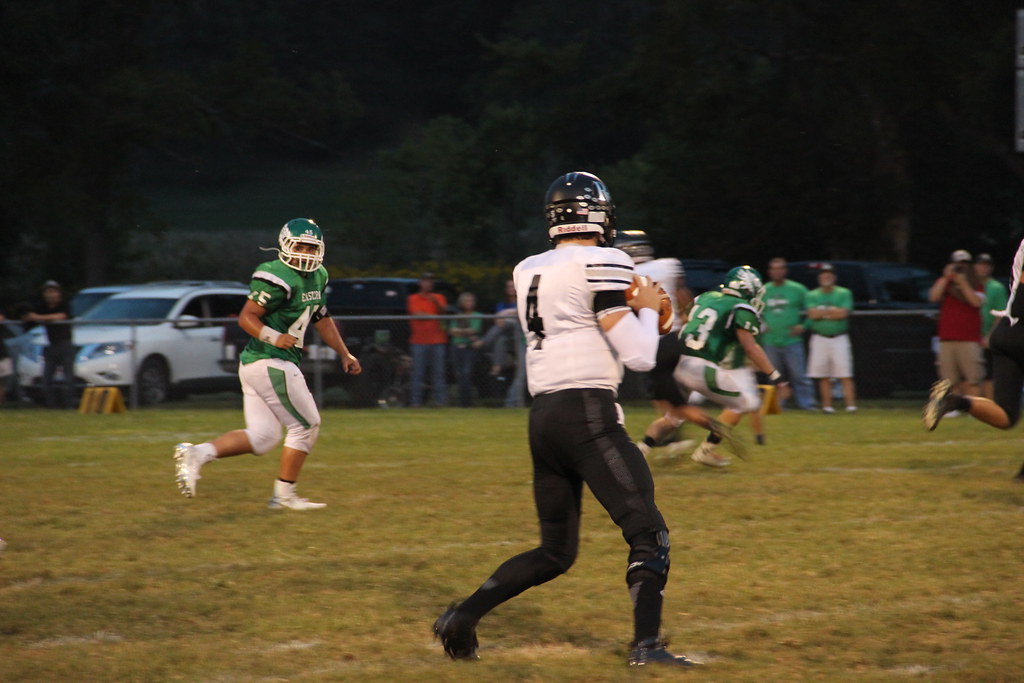 River Valley Raiders Hold Off Eastern Eagles On the Road.