It was a battle of the running backs at Sherman Field at Muskingum University. The game opened up with a large return by the Generals, and Ben Rhodes rushing it 28 yards to the house.

However, the real race developed between Sheridan’s Deryk Grosse and John Glenn’s Shane Bonner for who could make the most yards.

It started with Grosse running a three-yard touchdown with 25 seconds left in the first at the end of a five-play drive.

With 8:01 left in the second quarter, The Little Muskies faced fourth down with three yards to the goal line. Bonner punched it through for John Glenn’s first and only touchdown of the night.

Six minutes later, Grosse bulldozed through the Muskie’s defense, furthering Sheridan’s lead to end the half 21-17. Grosse also put up the next six points for the Generals. Grosse added 18 yards to his total, sprinting into the red zone with 8:14 left in the third.

In the end it was not a close competition. Sheridan ended had 390 total rushing yards. Grosse ended the night with 29 carries for 203 yards and three touchdowns.

Whenever the Muskies tried to pass they lost their momentum. They were unsuccessful for six attempts in the second quarter, each pass ending a successful drive.

With an unblemished conference record, Sheridan is playing for its shot at the MVL title against Morgan next week. John Glenn hopes to notch its first win of the 2015 season as they travel to Philo next Friday. 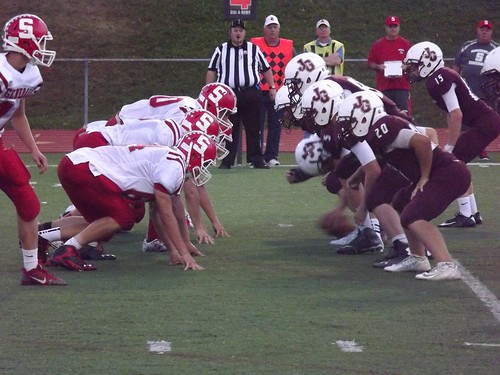