Football-related head injuries capture headlines and dominate the concussion narrative, but it is not the only sport facing the ever-growing problem. 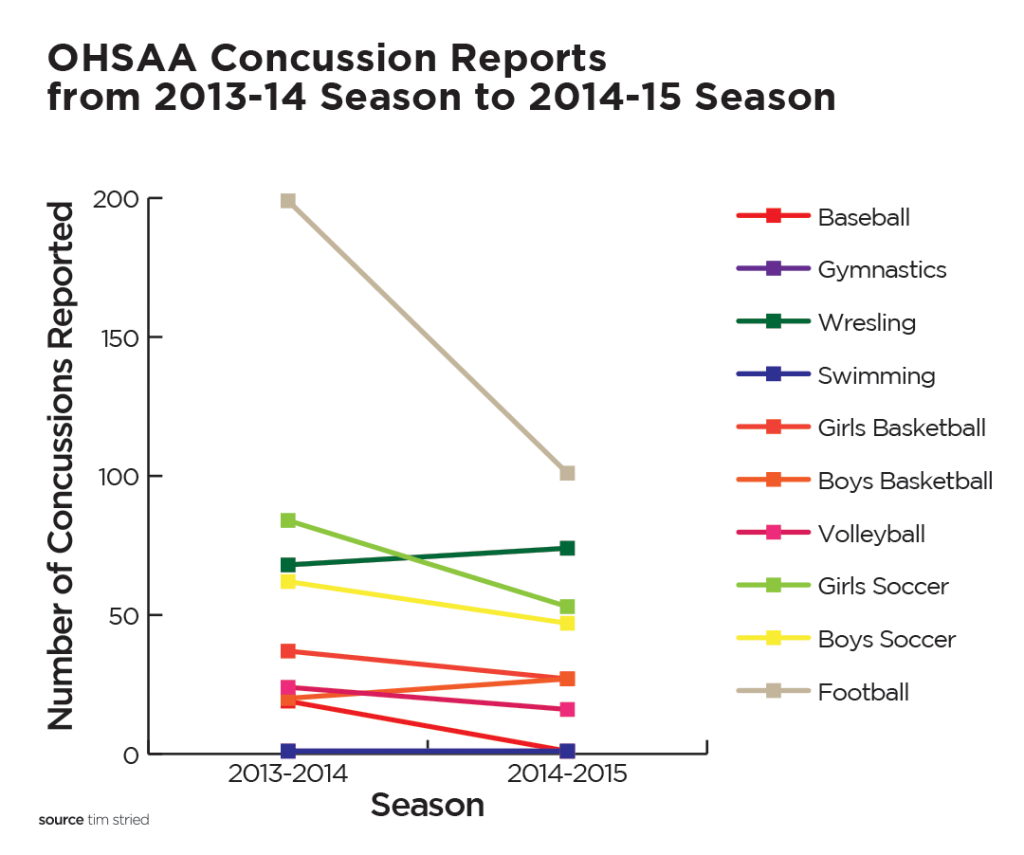 Though concussion reports in the sports above have decreased over the past two years, according to the Ohio High School Athletic Association, a report from the American Journal of Sports Medicine produced contradicting results. Between the 2005-06 and 2011-12 academic years, concussion diagnoses rates increased greatly from 23 to 51 concussions per 1,000 athletes.

“It is doubtful that the actual number of concussions more than doubled during this time ,”  Starkey said . “The increased rate is most probably reflective of increased media attention, standardization of the diagnostic criteria, and more – and more precise – injury surveillance systems.” 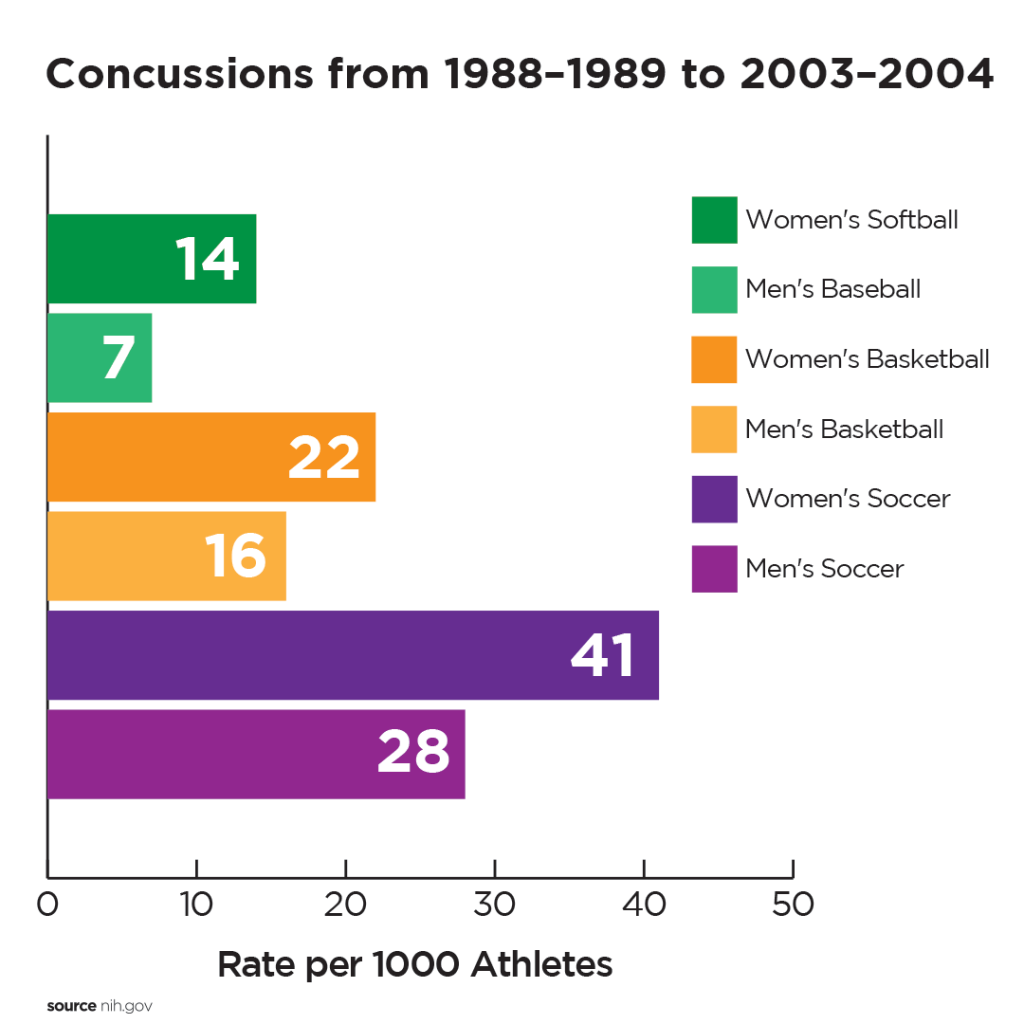 In addition, female basketball and soccer players experienced higher rates of concussions than their male counterparts, with 22 versus 16 in basketball and 41 versus 28 in soccer.

“[As] the country continues to improve and get more and more girls playing, they’re [going to be] more skilled, a lot of the time you’re (going to) find they’re better overall athletes,”  OHSAA Director of Information Services Tim Stried said. “[Female Athletes are getting] faster, bigger, and stronger and when you have all of those put together with more girls playing, you’re going to have more concussions.”

Even with the rise in concussions among female athletes, football continues to dominate in the category. During the 2014-15 season, teams from across the state of Ohio  reported 101 in-game concussions. Stried pointed out football’s elevated risk factors as compared to other sports.

“Football is a collision sport, which is even more significant than a contact sport,” Stried said. “A sport like wrestling or basketball, there’s a lot of contact, there’s lots of body to body contact, but in football, not only do you have that among the linemen, but you have collisions at high rates of speed all over the field, so there’s a greater risk of concussion in football.”

Even with the increased number of concussion reports, both Starkey and Stried want to stress that conditions have improved for high school athletes . In July, the OHSAA adopted measures placing limits on full-contact drills during football practices in the hopes of reducing the risk of concussions.

Stried believes these new regulations are a sign over increased awareness from coaches and training staffs.

“Sports are safer now than they’ve ever been, and more people are aware of the seriousness of concussions and how to treat them.”