The top teams in the TVC-Ohio battled back and forth the entire night.

However, a weakening Meigs defense in the second half allowed two Mason Chapman touchdowns. Mix those scores with a late Jake Weaver interception and Alexander muscled its way to 36-26.

The win secured an outright TVC-Ohio title and a spot in the division V, region 17 playoff picture.

Meigs got things rolling slowly with Bartrum tossing a score to Colton Lilly halfway through the first quarter. A minute later, the Spartans answered with a touchdown and were able to convert the extra point, giving the team a 7-6 edge.

Meigs took its time offensively, relying heavily on Bartrum to throw and run the ball. The junior ended the night with 225 passing yards on 15 attempts and 87 yards on 25 carries.

Special teams did haunt the Marauders with Meigs missing three of its four extra point attempts.

Alexander executed a different game plan. The team played with a quick moving offense, executing big plays to move the ball down the field. The Spartans scored three of their five touchdowns in two minutes or less. Chapman played a key role for the team, accounting for all five touchdowns; four rushing and one passing.

The Spartans encountered penalty trouble throughout the first half. Officials dinged the Spartans seven times for 80 yards, including two 15-yard infractions.

The win puts Alexander at 9-1 and in a favorable position heading into next week’s playoffs. The Spartans have a solid chance of hosting a playoff game next week.

For Meigs, the loss ended the team’s season. The team will lose 10 players due to graduation, including Kalieb Sheets and Colton Lilly, key contributors to the team this year. 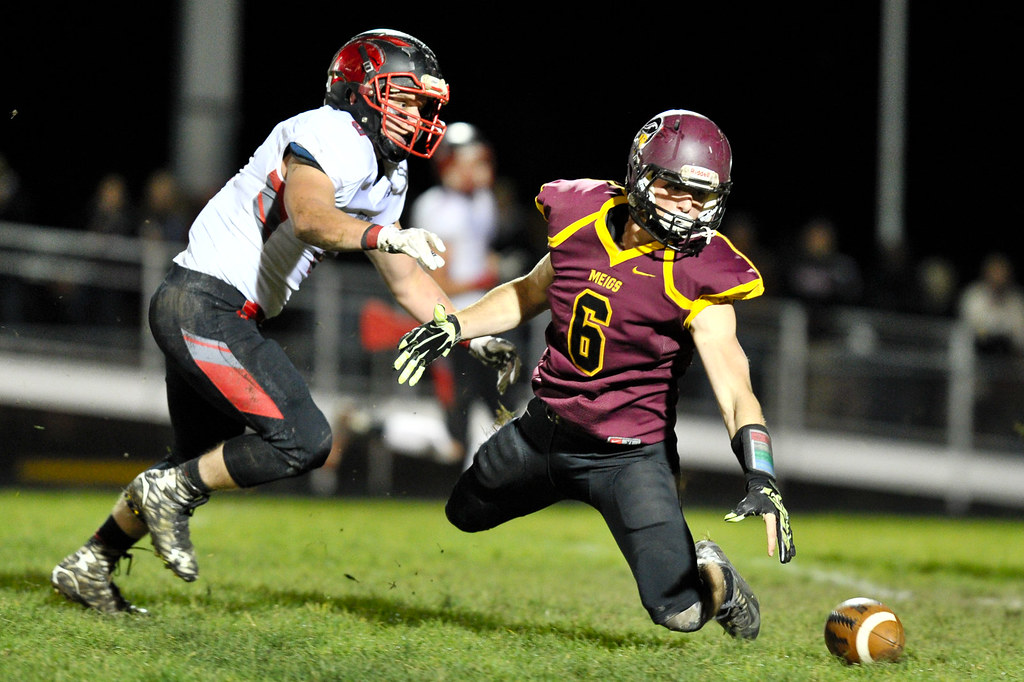