In a game in which hard-nosed play in the trenches was expected, No. 1 Massillon Perry out-muscled No. 5 Tri-Valley 40-14 to advance to the Division II, Region Five finals.

As he has done all season, Keishaun Sims played spectacularly. The star running back finished with an eye-popping 349 yards and four touchdowns with 245 yards and two touchdowns in the second half alone. Sims served as the linchpin for Massillon Perry’s offense, making several explosive plays and recording several important third downs to wear down Tri-Valley’s defense.

After both teams were forced into three-and-outs early, it was Massillon Perry who struck early after Sims was able to move the ball down the field almost single-handedly. But in the end, it was Tevion Cleveland who got the Panthers on the board first after Sims lined up in the wildcat and handed the ball off to him for a 10-yard touchdown run with 2:57 left in the first.

From that point on, the Panthers dominated the line of scrimmage and controlled the rest of the game, an usual set of circumstances for an otherwise physical Tri-Valley squad.

“If we are going to be successful than we gotta run the football at least right now that’s the case. And Keishaun’s pretty special, he’s the best kid isn’t he?” Wakefield said. “He appreciates the o-lineman and tells them.”

Tri-Valley finally showed some signs of life early in the second half. The Scotties were able to move the ball down the field with ease on their first drive of the half, aided by a Panthers roughing penalty. With 6:48 left in the third, Tri-Valley overcame a fourth and three situation when Tyler McGee hit Grant Nolder for an eight-yard score, bring the tally to 26-7.

With the exception of a late Bryce Farmer 13-yard score, that would be the extent of Tri-Valley’s success on offense. Sims’s 86-yard touchdown run with 10:55 to play halted any Tri-Valley momentum and sealed a victory for Massillon Perry.

Tri-Valley finished its 2015 campaign with a 10-2 record. Meanwhile, Massillon Perry will take on No. 3 Worthington Kilbourne in the regional finals. 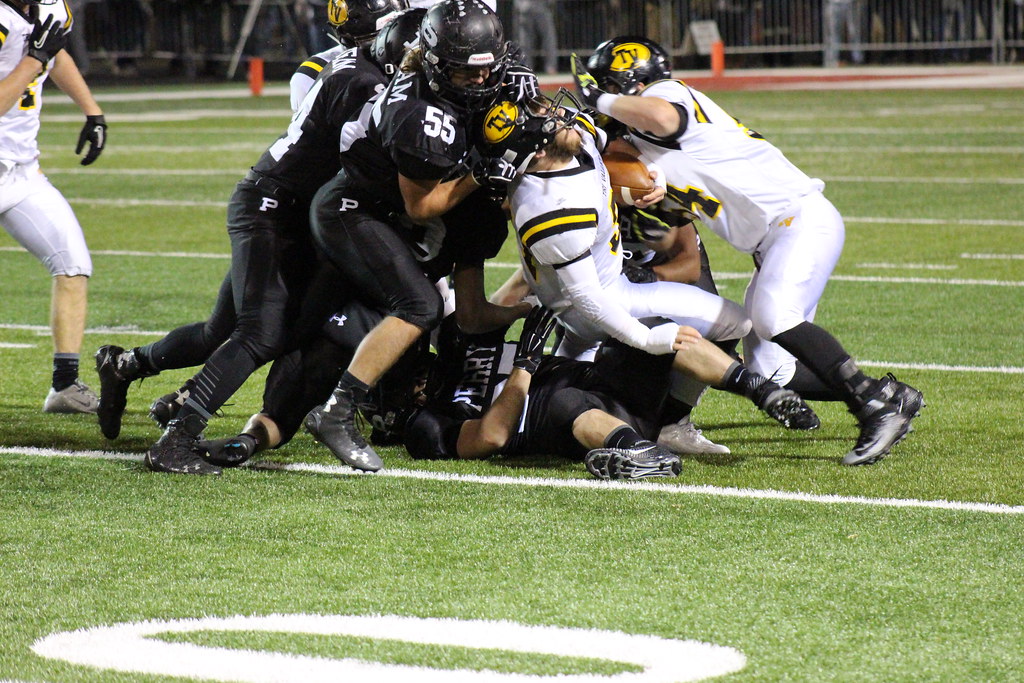