Tickets are now available for Tantrum Theater’s summer 2016 season. All seats are general admission and on sale for each of the three plays — 57 separate performances between May 31 and August 13. Shows will be performed in the Abbey Theater at the Dublin Community Recreation Center in Dublin. 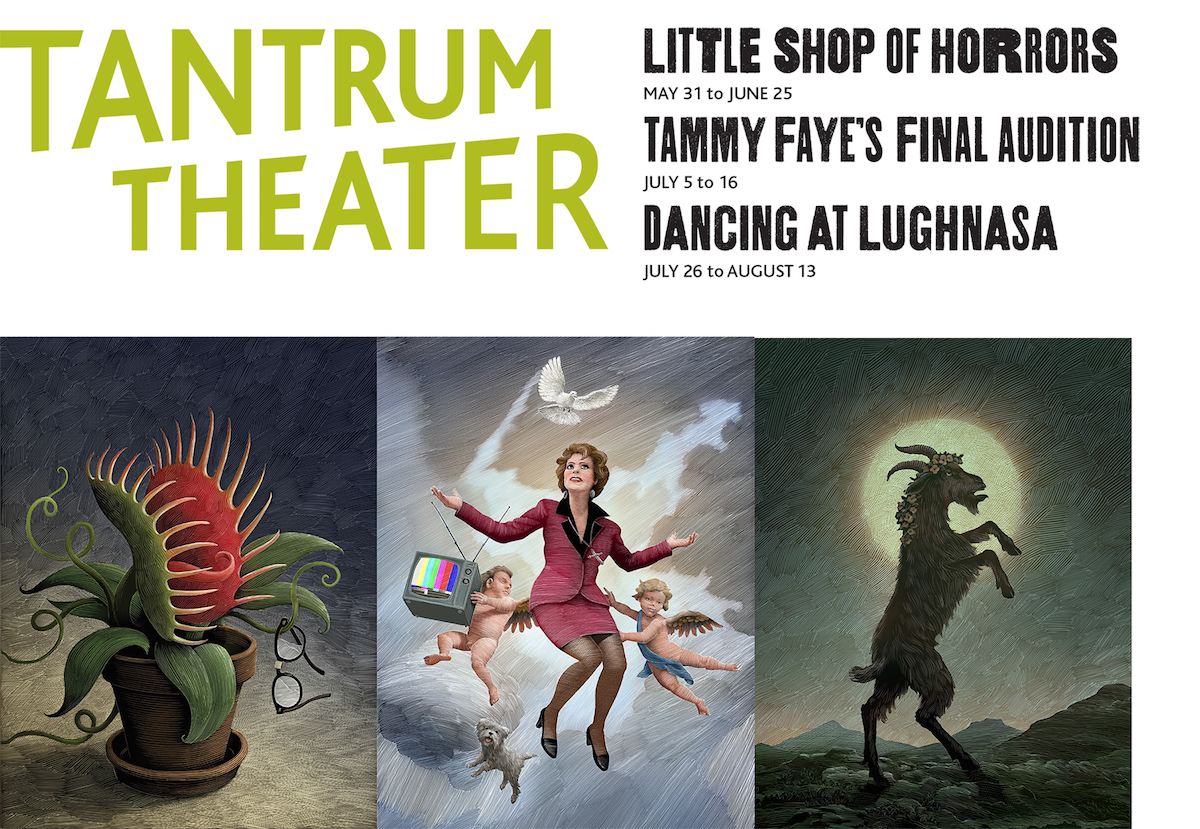 Tantrum is a professional theater created in partnership between Ohio University College of Fine Arts, the City of Dublin and the Dublin Arts Council. Tantrum will stage productions in the Abbey Theater in Dublin, Ohio, until the City of Dublin completes the construction of a performing arts center planned as part of the Arts and Cultural District.

In addition, Tantrum will provide educational workshops to high school students and community engagement in and around Dublin, as well as help grow the arts scene of Dublin, and its surrounding communities. The company, with more than 90 members this season, will be comprised of professional actors, designers, directors and production staff, and will be augmented by select Ohio University student apprentices.

All shows will be performed at the Abbey Theater, Dublin Rec Center, 5600 Post Road, Dublin, OH 43017. Tickets and full performance schedule are available by calling the Dublin Rec Center at (614) 410-4550 or by visiting tantrumtheater.org.