This weekend marks the annual Athens Community Music Festival (ACMF), a benefit music extravaganza that has been growing and bringing together area musicians for 18 years. The 2016 edition of the event will support The Gathering Place, ARTS/West, Stuart’s Opera House After School Music Program and The Bryan Winland Memorial Scholarship for the Arts and will include performances from over 20 regional bands in five different Athens venues over the course of Saturday night.

“Our first ACMF was held on top of the parking garage,” said Scott Winland of Blackout Booking and The Union. “About eight acts played, including JD Hutchison, Geraldine, The Swillhouse Boys, The Beatdowns and others. Watching JD Hutchison perform on that roof with the sun setting behind him was one of the greatest sets of local music I’ve ever witnessed.”

The event hasn’t changed much, at least in spirit, since it’s debut in the ‘90s.

“We’ve grown a bit since we started, and have seen venues come and go, but essentially we’ve been operating the same way for over a decade,” said Winland. “I’m personally excited to be working with  The Union again this year, and of course Casa Nueva, Jackie O’s, Donkey Coffee and The Smiling Skull who have always been super supportive of the event. It is great to have this close-knit family of  venues working together each year.”

Finland said that organizing the event is particularly fulfilling for him because the nature of the evening encourages patrons to check out numerous local acts all over town in different venues.

“It is a great opportunity for our community to see some things they may never have before,” said Winland. “I’ve always thought of ACMF as a great end-of-summer event to bring folks together before uptown Athens goes nuts in the fall.”

The event’s line up is as follows:

There will be a special pre-party Aug. 12 at the Union featuring the Touchy-Feelys, Laura Nadeau and many regional acts. 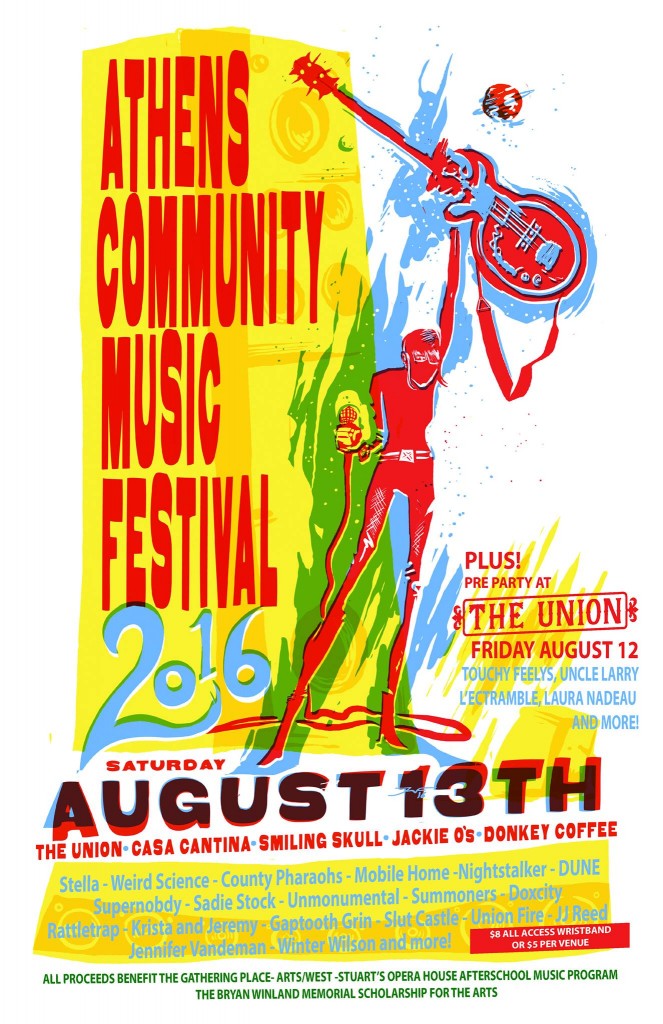