Linda Tirado, author and activist, has for the past three years written and spoken around the globe about what it’s like to be poor in America. She now talks truth to power and explains why many poor people voted for Donald Trump to tear down the Washington “Establishments” of both parties.

Linda started her journey from the depths of poverty three years ago in October 2013. It began with an angry response to a poster on Gawker.com. The posting turned into an online essay “Why I Make Terrible Decisions or Poverty Thoughts” and it has now been read by over 20 million people.

Tirado became a viral sensation and encountered the slings and arrows that go with instant fame. Many supported her and applauded her for her honest examination of poverty from the inside out and others criticized her both personally and for her views.

She emerged from the conflagration with a book contract. In October 2014, her book, Hand to Mouth: Living in Bootstrap America was published and has emerged as an extremely meritorious book about living in poverty in America.

According to a study done by the Center for Poverty Research at the University of California-Davis, the official poverty rate in the USA is 13.5 percent – based upon the Census Bureau’s 2015 estimates. That means that an estimated 43.1 million Americans live in poverty and some experts challenge that number as being too low.

Yet, poor people are routinely ignored by society and even chastised for not being able to work themselves out of poverty.

Tirado challenges current political thinking about the poor, fly-over reporting by news organizations, and our misunderstandings of what it is truly like to be poor in this country.

She is outspoken and, some might say, brash. But, she is unapologetic about her views and her reputation of speaking truth to power as an activist, author, and journalist.

Tirado talks to Spectrum this week about the current state of politics and how poor people strangely identify with President-elect Donald Trump and want to tear down the current system in Washington, D.C. 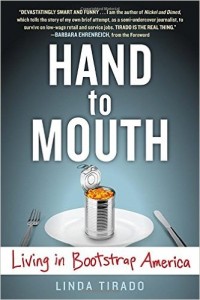 The Pope’s Visit to Shine Light on Poverty in U.S.

Childhood Poverty In Kentucky On The Rise