Ohio University students and Athens community members took to the streets on Wednesday as part of the “No Ban No Wall Protest.” About 70 people were arrested after during a sit-in demonstration in the lobby of Baker University Center. 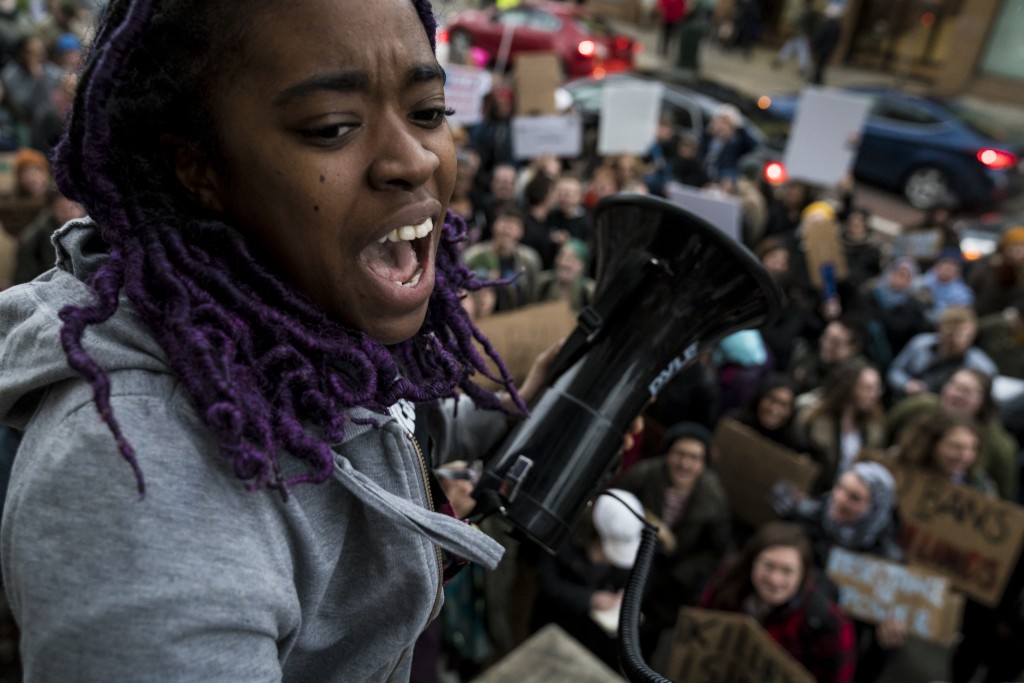 Jolana Watson, a student at Ohio University, begins a chant during a protest held at the Athens Courthouse on February 1, 2017. (Michael Swensen/WOUB)