Hit a Hole in One For Public Media July 18

Tuesday, July 18 will mark the first ever WOUB Public Media Golf Tournament, taking place at the Athens County Country Club. The event is two-pronged, working to not only expand WOUB’s outreach into the region it serves, but to also raise funds for the region’s public media source.

“Right now, it’s more important than ever to be raising funds for WOUB, with the threat of the termination of funding from a national source,” said Loring Lovett, a corporate support representative at WOUB, referencing President Trump’s proposed national budget, which suggests the elimination of funding for national public media. According to Save My PBS, an organization

Kathy Malesick, WOUB’s director of corporate support, said that the golf tournament is geared towards people in the Athens County region who may not be easily reached by the station’s pledge drives.

“We’re really trying to do more outreach into the community in general,” she said. “We’re hoping to move in a direction that would provide us with more visibility in terms of promotions and events.”

Since it’s foundation in 1967, public media has continually provided a wide-array of inspiring, free content that both serves and informs — from PBS’ roster of award-winning educational children’s programming to each of the 1,000-plus local radio stations and 365-plus local television stations affiliated with the Corporation for Public Broadcasting that provide life-saving emergency alert information for their communities. NPR and PBS only costs each American taxpayer about $1.35 a year, with all of their other funding coming from donors.

The event will be a part of Athens’ annual Ohio Brew Week, which attracts thousands of people from around the country into Athens County for a week of experiencing the world of craft brews. Throughout the course of the event there will be beer tasting stations for participants.

Registration, which is $300 per team (which is up to four people), covers a continental breakfast at the country club at 8 a.m., a lunch following the morning’s play, and the aforementioned beer tasting stations. The event is a four-person scramble, with optional skins game and closest to the pin.

“NPR, PBS and local news are such valuable services to this area. When our audience gets involved it just makes WOUB better,” said Jeannie Jeffers, director of development at WOUB. “This will be a fun event to get the community involved and raise money for WOUB.” 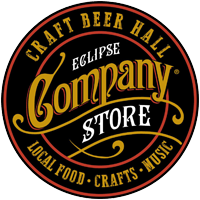 Registration for the event is open online at woub.org, or through contact with Jeannie Jeffers at jeffersd@ohio.edu or 740-593-4786. The deadline for registration is July 7.