Days after sending mixed signals on his response to the nation’s opioid crisis, President Donald Trump said Thursday that he plans to declare a national emergency to better address the epidemic.

“We’re going to spend a lot of time, a lot of effort, and a lot of money on the opioid crisis,” the president said, announcing that his administration was drafting the paperwork to make the emergency declaration official.

The move comes just two days after Health and Human Services Secretary Tom Price had downplayed the importance of such a declaration.

The White House commission on the opioid crisis had recommended the measure in a draft report last week, saying an emergency declaration would allow the administration to take bold steps to address the issue and pressure Congress to offer more funding.

However, Secretary Price indicated after a briefing with the President on Tuesday that a national emergency might not be needed. “Much of it is being done without the declaration of a national emergency,” Price told reporters in New Jersey, where the president is vacationing. But, Price added, “everything is on the table.”

The emergency declaration reflects an apparent change in thinking in the administration and could have major implications for the Ohio Valley, which has some of the highest addiction and overdose rates in the country.

Addiction specialists in the Ohio Valley are waiting for further details on the emergency declaration. Many hope this will fund treatment medications and waive restrictions on the use of Medicaid to pay for addiction treatment in rural areas.

Jeff Myers, president and CEO of Medicaid Health Plans of America, said he hopes the declaration would include expansion of medication-assisted therapy, or MAT, programs.

“There is an immediate need for MAT programs that are tailored to the Medicaid population, specifically pregnant women and their babies,” Myers said.

Treatment facilities in the Ohio Valley struggle to provide treatment for infants born affected by drugs.

The expansion of Medicaid under the Affordable Care Act helped make treatment available to many more people in the area. Data from a Harvard/NYU study show that in Kentucky, Ohio, and West Virginia nearly 215,000 additional people were able to seek mental health and addiction treatment after the Medicaid expansion.

And that may be a low estimate. A report from Ohio’s Department of Medicaid claims their number is 50 percent higher than what researchers in the study found. 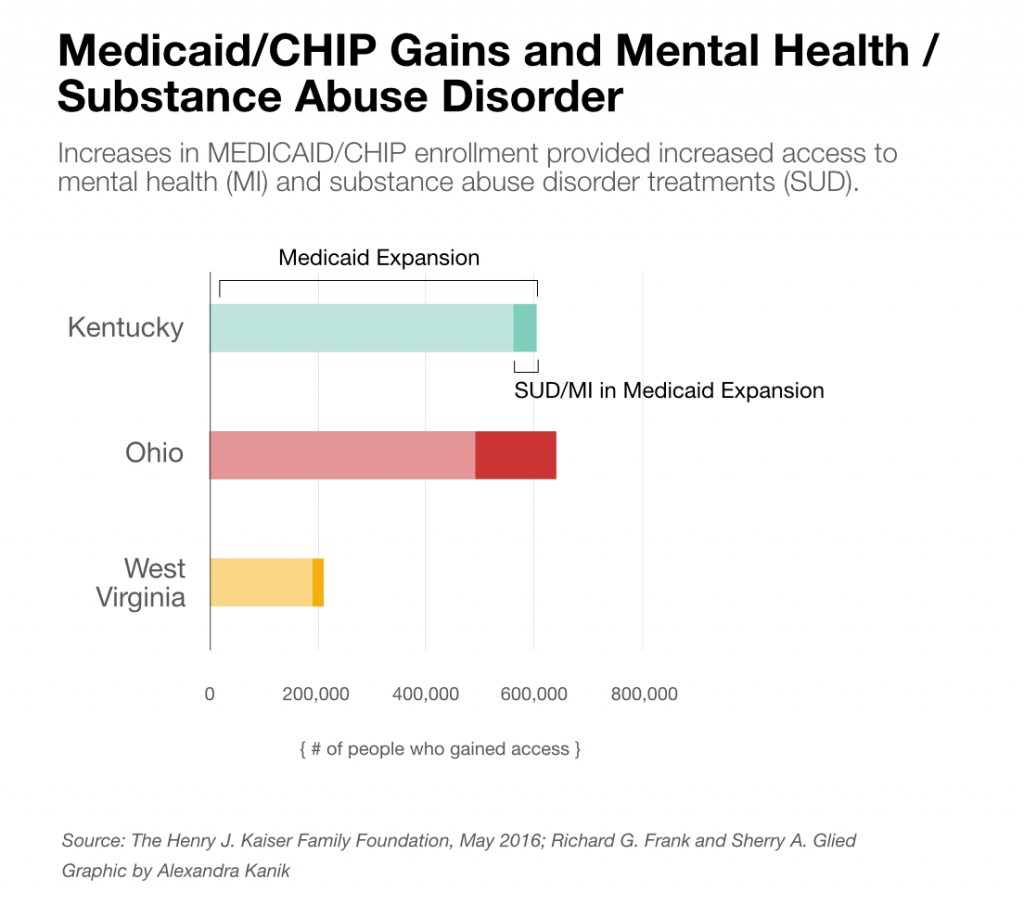 Kentucky, Ohio, and West Virginia have some of the nation’s highest rates of overdose deaths due to heroin, synthetic opioids such as fentanyl, and abuse of prescription opioids such as oxycodone.

Public Health Nurse Lisa Roberts, with the Portsmouth, Ohio, Health Department, said she believes a national emergency declaration could increase relief for rural areas struggling to keep up with the crisis.

For example, her department could use federal funding for more of the overdose reversal medication naloxone.

“There’s never been really any dedicated funding for naloxone,” she said. “Here at my health department, it’s always a struggle to come up with enough.”

The three states are also home to many of the counties that federal health officials have identified as at highest risk for outbreaks of needle-borne diseases such as HIV and Hepatitis C. Yet few of these rural counties have needle exchange programs, which are known to be effective in mitigating the disease risks. 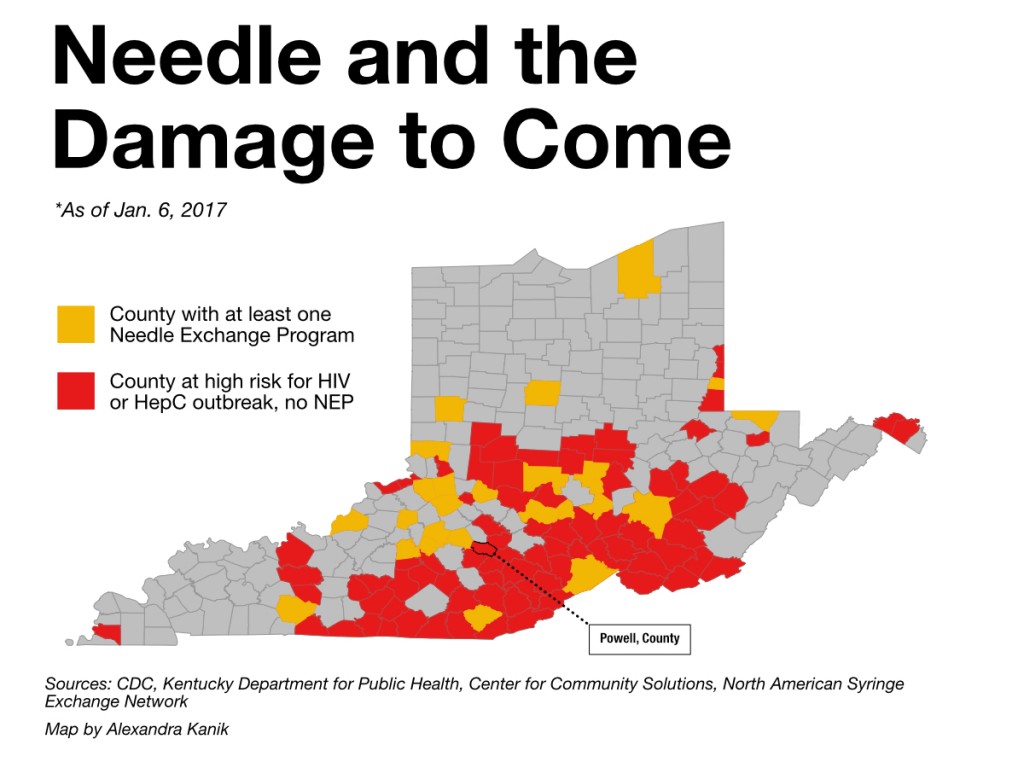 Opioid Emergency: What The Ohio Valley Needs To Combat Crisis

Opioid Emergency: How Trump’s Plan Will — And Won’t — Help The Ohio Valley