Lawmakers and union leaders are raising concerns about the federal Mine Safety and Health Administration’s practices amid an increase in coal fatalities.

West Virginia Democratic Senator Joe Manchin asked MSHA for more information after receiving what he calls “alarming” reports about how the agency is implementing its new Compliance Assistance Program .

In a September 7th letter, Manchin wrote that he’s heard of miners being denied the ability to assign a representative to accompany MSHA inspectors, and that those inspectors have been instructed to leave their credentials behind before inspecting a mine.

United Mine Workers of America Communications Director Phil Smith said without their credentials, MSHA inspectors essentially become tourists in the mine.

“They can’t enforce the law and [that] means they’re at a disadvantage when it comes to pointing out serious and significant issues in the mines,” Smith said. “We think that’s a real problem.”

MSHA started the compliance assistance program in June to address an increase in mining injuries and fatalities, particularly among young miners. Twelve coal minershave already been killed on the job this year — eight of them in West Virginia and Kentucky.  That’s already four more fatalities than in all of 2016.

Sen. Manchin is asking for details on how the program is being implemented. His office did not return requests for comment, but in his letter to MSHA Manchin also reported that miners’ representatives have been told they aren’t allowed to tour with inspectors under the new program unless the mine operator permits it.

“This is particularly alarming,” Manchin wrote, “because no one is better suited to spot inconsistencies or unsafe conditions than the very people who work in the mine day in and day out.”

Manchin pointed out that the Federal Mine Safety and Health Act, or the Mine Act, provides for a miners’ representative to assist MSHA inspectors in mine inspections and accident investigations. 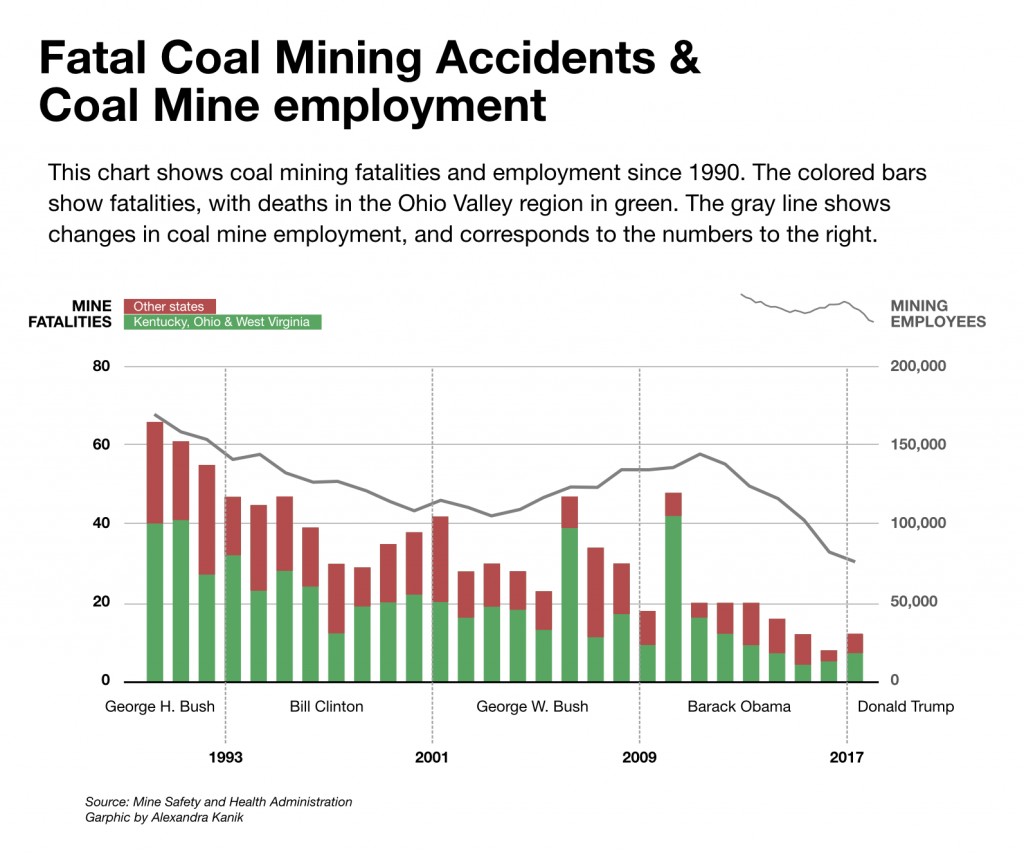 The UMWA’s Smith said that it appears that MSHA has created a gray zone in regards to that law because “compliance visits” are not categorized as “inspections.”

Virginia Congressman Bobby Scott, who is the top ranking Democrat on the House Committee on Education and the Workforce, said in a statement that Manchin “raises valid questions” about whether MSHA inspectors will be able to properly protect miners.

“It is also questionable whether MSHA has the legal authority to foreclose the participation of a miner’s representative in these compliance assistance inspections,” Scott said.

Celeste Monforton is a former MSHA official and occupational health researcher at George Washington University and Texas State University. She said the UMWA sent a letter with similar concerns in July.

“Seems like in that time period when the UMWA raised this as a concern that their questions would have been answered by now,” Monforton said. “What’s taking so long to get to the bottom of it?”

Monforton said taking away inspectors’ credentials and removing their authority to issue citations puts blinders on MSHA’s most skilled individuals. She said when inspectors see hazards they are required by law to issue a citation. She said “compliance assistance” is a normal part of mine inspections and safety but there’s no reason to take away an inspector’s ability to issue citations.

Sen. Manchin’s letter asks for clarity on the goals of the program and an explanation of how instructing an inspector not to carry credentials will help increase mine safety.

MSHA declined an interview request for this story, but a spokesperson delivered a written, unattributed response.

A spokesperson said the agency is working on a full response to Manchin’s letter.

January US Mine Inspections Result in 138 Citations