A Senate vote is scheduled for Wednesday on confirmation for President Trump’s nominee to lead the Mine Safety and Health Administration, or MSHA. The country’s top mine safety position has been vacant since January as coal mining fatalities have risen to a two-year high. Trump’s choice to fill the post is facing opposition from congressional Democrats and safety advocates.

Nominee David Zatezalo worked for 40 years in the coal mining industry, including a stint as chairman at Rhino Resources, which operates mines in West Virginia and Kentucky. In 2010 and 2011 the company received two “pattern of violation” notices from the agency Zatezalo is nominated to lead. Those notices indicate a mine has had a recurring pattern of significant and substantial violations and came after a miner’s death at one mine and allegations of interference in mine inspections at another.

During a Senate hearing last month Zatezalo said he’s not proud that one of the company’s mines was the subject of enforcement, but said he took responsible action to correct the situation.

“I did not try to lawyer up and stop anything from happening. I felt if you haven’t done your job we should be big kids and deal with it as such,” Zatezalo said.

Zatezalo said he replaced management at the mine because he wasn’t happy with their performance. But Senate Democrats on the committee were not satisfied with that answer — all 11 voted against his confirmation. West Virginia Democrat Joe Manchin also opposed Zatezalo’s nomination. Mine safety advocate Tony Oppegard said that’s an indication of the concern people have about Zatezalo’s record.

“[It is] fairly unusual in the history of people chosen or nominated to head MSHA that you have congressional opposition,” Oppegard said.

Oppegard is a former MSHA official and lawyer who now represents miners. He said he is concerned that MSHA used one of its strongest enforcement tools at Rhino Resources when Zatezalo was a top official, and simply changing management after the fact is not good enough.

“Well why weren’t you on top of things beforehand?” Oppegard said. “I don’t hold much hope that Mr. Zatezalo is going to get in office and all of a sudden be advocating for mine safety, it’s just not going to happen.”

He said the position does need to be filled by someone who has experience in mining and an understanding of the industry. 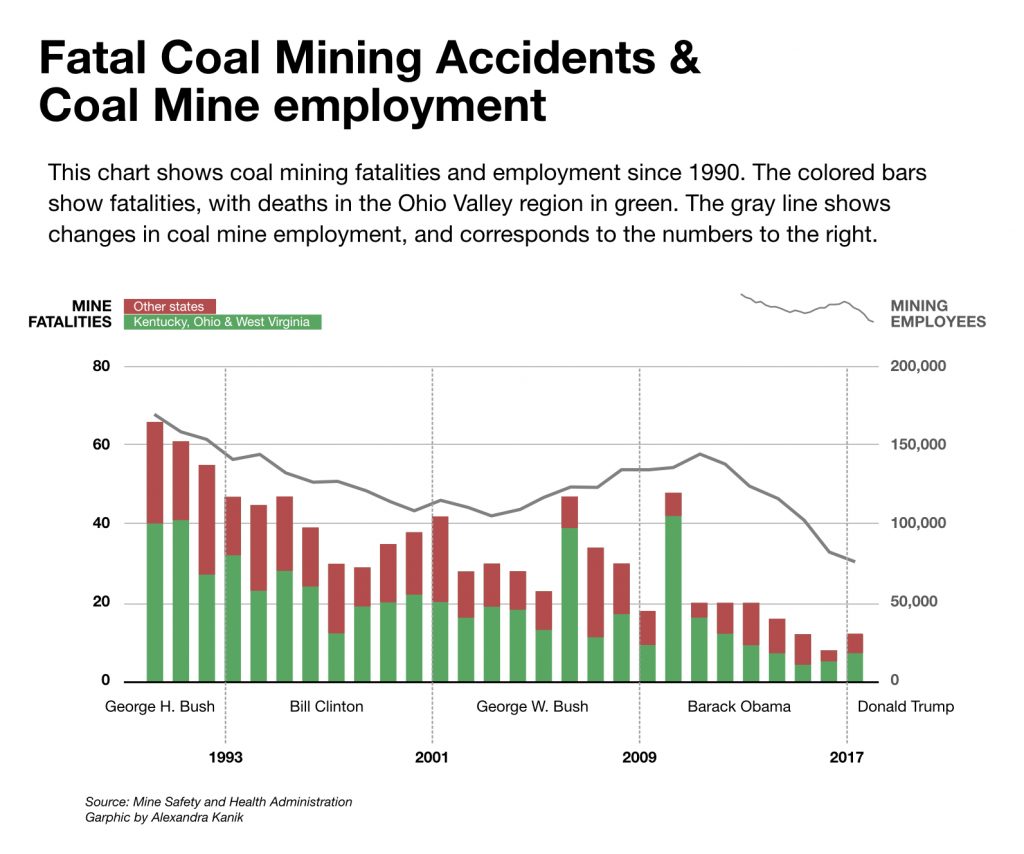 “I don’t think the fact that the mine was put on a pattern of violations was indicative of David Zatezalo’s commitment to safety or his managerial skills,” Hamilton said.

Hamilton said Zatezalo is the kind of leader that MSHA and the mining industry would benefit from.

United Mine Workers spokesperson Phil Smith says the union is giving Zatezalo the benefit of the doubt. He says the laws and regulations to keep miners safe are there, they just need to be enforced.

“We want to make sure that whoever is in that position is someone who will enforce the law,” Smith said. “Make sure operators will do what they’re supposed to do, keeping their miners safe.”

Smith said it’s always concerning when a mine has a pattern of violations. However, he accepts that Zatezalo took steps to fix some of those problems.

Smith says he’s concerned about the increase in coal miner deaths. Mining fatalities are on the rise for the first time since 2015. Already this year 14 miners have died on the job compared to eight in all of 2016.

Mine Workers Sue Federal Regulators Over Controversial Mine Safety Decision