Today’s leading artists, politicians, activists, performers and journalists discover surprising ancestral stories while learning their family history in the fourth season of the critically acclaimed series FINDING YOUR ROOTS WITH HENRY LOUIS GATES, JR. The 10 new episodes will begin airing on Tuesday, October 3, 2017 at 8:00 p.m. on WOUB. Professor Gates, the Alphonse Fletcher University Professor at Harvard University and director of the Hutchins Center for African and African American Research, continues exploring the mysteries, surprises and revelations hidden in the family trees of 28 of today’s most intriguing cultural trailblazers. 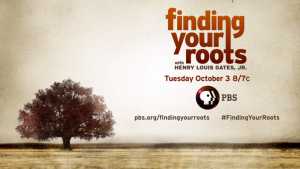 “We are all connected to larger stories that have played a role in shaping who we are as people and as a nation,” said Gates. “The DNA technology of today opens the doors to discovering the past in new ways, allowing us to learn more about our history than ever before. This new season will continue to inspire people to find out more about their own personal family stories, and spark an interest among young people in genetics, anthropology, history, and the pursuit of science.”

In the fourth season of FINDING YOUR ROOTS, comedian Larry David and politician Bernie Sanders discover they have more in common than they thought, tracing their roots back to Jewish communities in Eastern Europe. Comedic performers Garrison Keillor, Amy Schumer and Aziz Ansari learn contrasting stories of assimilation and independence all over the globe. Actors Fred Armisen and Christopher Walken and musician Carly Simon each learn about a grandparent whose real identity and background had been a mystery to them. Author Ta-Nehisi Coates, filmmaker Ava DuVernay, and author and activist Janet Mock see their basic assumptions about their families challenged, placing their ancestors — of all colors — into the greater context of black history. 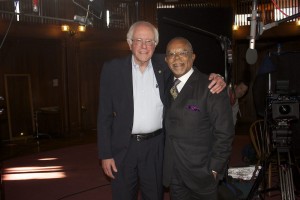 Actors Ted Danson, Mary Steenburgen and William H. Macy trace their nonconformist ancestors through American conflicts — the Civil War and the American Revolution, all the way back to the Puritan establishment. Journalists Bryant Gumbel and Suzanne Malveaux and producer and writer Tonya Lewis-Lee discover a tapestry of the unexpected as they delve into their ancestry, revealing slaves and free people of color, Civil War legacies, and forgotten European origins. Actor Lupita Nyong’o, NBA star Carmelo Anthony and political commentator Ana Navarro trace their African heritage, investigating the political choices of their fathers and discovering sometimes unexpected heritage.

Also, actors Tea Leoni and Gaby Hoffmann both have lives shaped by family mysteries and are introduced to the identities and life stories of their biological ancestors, thanks to DNA detective work. DJ and producer Questlove, talk show host Dr. Phil, and journalist Charlayne Hunter-Gault’s family stories are rooted in the American south. Actors Scarlett Johansson, Paul Rudd and John Turturro, all with immigrant parents, gain greater understanding of the unique challenges their ancestors faced by way of prejudice and poverty at home and abroad. 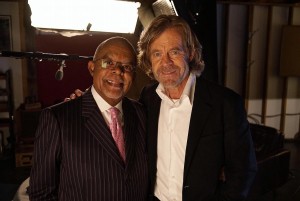 Following is the broadcast schedule for the new season on PBS:

In conjunction with the broadcast, WETA will work with stations across the country to encourage viewers to explore and share their family histories via social media, using the hashtag #FindingYourRoots on Facebook and Twitter, via Facebook.com/FindingYourRootsPBS and @HenryLouisGates, and on the series companion site, pbs.org/FindingYourRoots