After 121 Years, Meigs County Might Get a New Jail

Since 1896 the Meigs County Sheriff’s Office and jail has operated in the same building. Until 1984 the building also served as the sheriff’s residence, housing 18 sheriffs throughout the facility’s history.

For the first time, Meigs County voters will decide whether to pass a levy for the construction and operation of a new “Justice Center” for the county.

Smith called it an easy process. He broke down an example of a home valued at $100,000.

But many in Meigs wouldn’t pay more than $100, Smith told WOUB that the median home value in the county is appraised at $85,000. If the levy passes the average homeowner in the county would pay an extra $88 annually in property taxes.

Currently the jail is only able to house five inmates at a time for a maximum of 12 days. Sheriff Keith Wood said that deputies spend the majority of their time transporting inmates to other county jails. Last year the county spent over $227,000 housing inmates in other Ohio county facilities. Deputies are off Meigs County roads, traveling as far as 328 miles roundtrip sometimes just to house one inmate. Meigs County Jail Administrator, Major Scott Trussell, said this is a huge problem they face every day and called this is a statewide issue.

“One time, we actually checked 38 different jails in the state of Ohio, trying to find room for one female. And finally, Stark County, Akron, took her. And so, when you’re calling and asking, again, I’m back to the same thing, ‘Hey, you got room for a female?’ ‘No, full up.’ Judge said she has to go to jail. So, if we have to drive to Toledo, we’re driving to Toledo, 4 ½ hours. Right now, 3 ½ hours is what we drive, one way, to Stark, to Crawford County, to Marrow County, to Butler County. So, taking an officer out of the county, you’re putting miles on a car that’s already got 190,000 miles on it, you’ve got wear-and-tear on the vehicles, it just increases the expenses constantly,” said Major Trussell. 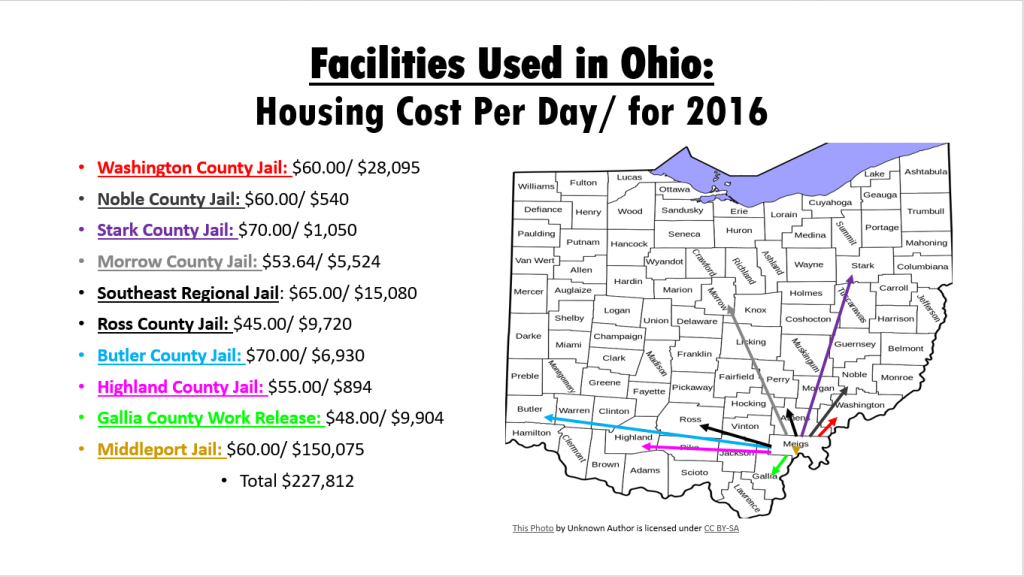 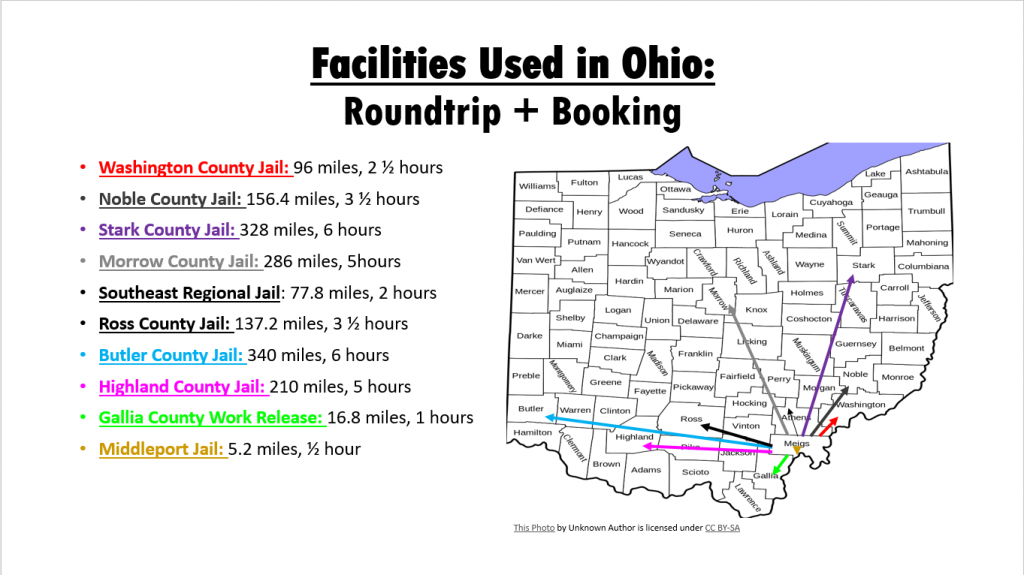 Major Trussell said building a larger facility could also be a source of revenue for the county.

“So, bringing the revenue in, housing inmates for other people, and that way, we get the money from them, and by doing that, we can actually pay the construction loan off, and then it will–once we pay that off, we can actually generate the money to offset the cost and self-sustain ourselves,” said Major Trussell.

Instead of Meigs County looking to other counties for cell space, counties could request space from the new facility, which is designed to have 71 cells. Currently six neighboring counties have committed to reserving cell space if the new facility becomes reality. 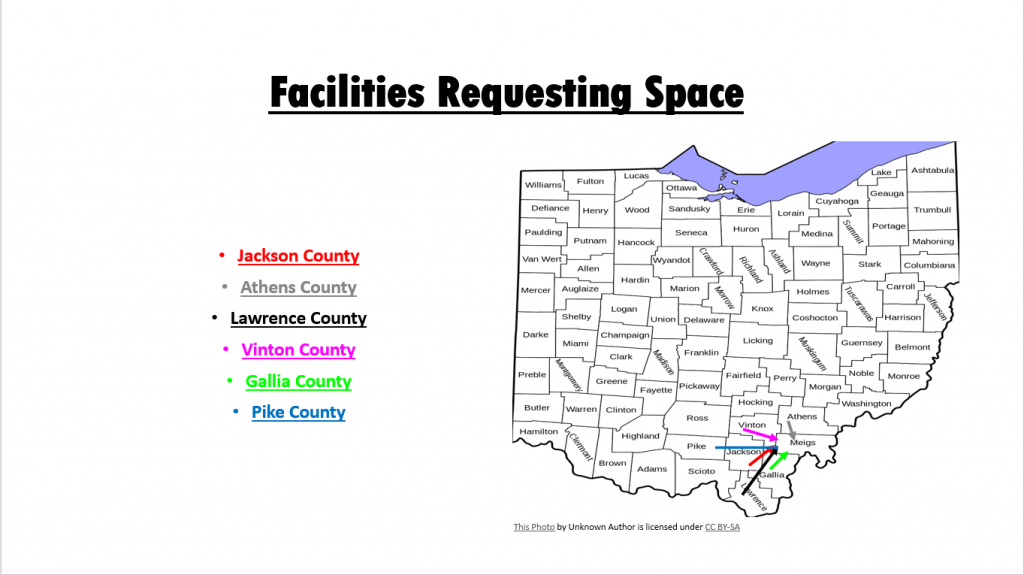 While the Sheriff’s Office and County Commissioners see the jail as an opportunity generate revenue for the county, some community members don’t like the idea of a prison for profit. Lifelong Meigs County resident, Clinton Bailey takes ethical issue with the idea of making money off of putting residents in jail.

If the levy passes, the new facility will be built where the old Veteran’s Hospital is currently located on Mulberry Heights. The plan is to tear down that building and create a 26,000 square foot facility. The tear down and construction is estimated to cost $9 million. The Sheriff’s Office is branding the new facility as a “Justice Center” and not just a jail — because the goal is to focus on rehabilitating inmates through new programs. Proposed programs include GED training, religious services, mental health services, addiction services, and recovery services. Particularly, the Sheriff’s Office wants to help inmates rehabilitate themselves from the opioid epidemic in Southeastern Ohio.

“There’s no services for someone that’s addicted to heroin. Right now, coming out of our jail, they walk out the door, there’s nothing with them. The rehabilitation part, so to speak, of having services in this new facility to follow this person out, so that way they’re getting help when they’re leaving, and services are with them, and the chances of them coming back are hopefully reduced. We’ve had people, and to give you a good example, a couple different times that spent 30 days, so many days, in jail here, that–for drugs, and walk out, within a couple days, they overdose and die. There’s nothing following them out the door to give them any services,” said Major Trussell.

The opioid crisis is something resonating with many voters, such as Joyce Ann Burgess, as a reason for the new facility.

“I hope it does something fast because right now we have a relative that has OD’d twice in the last two weeks and possibly is not gonna make it. Had there been intervention it may have changed her life. So if it saves somebody else, I’m all for it,” said Burgess.

Sheriff Wood  hopes voters will help him provide a better future for the county.

“Do we pass it to another generation to let them worry about it or do we handle it today and say ‘We got a solution to this; let’s fix it,'” said Sheriff Wood.