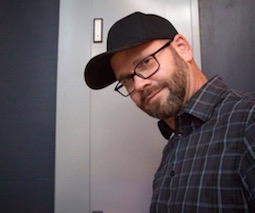 Chris Pyle is owner of Donkey Coffee and a longtime Athenian, as well as a widely recognized music aficionado.

1. American Dream by LCD Soundsystem
Wow. What a come back. This may be their best album with the exception of Sound Of Silver. James Murphy tackles mortality and death in the lyrics along with what it means to be alive in the year 2017. Athough this sounds like an LCD Soundsystem album, it also doesn’t sound quite like anything they’ve done before. This is their most consistently realized album, both lyrically and musically.
2. Damn. by Kendrick Lamar
How do you follow up what most critics and fans consider not only one of the greatest hip hop records of all time (To Pimp A Butterfly,) but one of the greatest albums of all time PERIOD? You strip everything down, lose the band and the instruments and make a record designed for radio hits. This is his third album in a row that is an absolute hip hop classic. He is rightly considered to be the “new” greatest rapper alive.
3. A Deeper Understanding by The War On Drugs
You could easily make a list of all the influences you hear on this album on first listen (Springsteen, Petty, Dylan, ’80s production) but what is actually amazing about this is that it sounds really fresh and original at the same time. But what really makes this album great are the songs themselves and the world that you get lost in when listening. Their best album for sure.
4. She-Devils by She-Devils
Lo fi, weird, off kilter, pop songs using loops and samples makes for a really fun listen. Few artists make me smile through most of their albums (Jonathan Richman comes to mind). While they don’t really have the same feel or humor as Richman, they have the same sort of feel and mood.
5.  Lotta Sea Lice by Courtney Barnett and Kurt Vile
I was hesitant when I first heard about this record. I just couldn’t picture how this would work. I like everything both these artist have done individually in the past but I couldn’t picture how this would work musically. Turns out, I had nothing to fear. If you are a fan of either you, should love this record.
6. Hot Thoughts by Spoon
Has Spoon released anything but really good, great, or absolute classic records over the last 20 years? The answer is no. Few modern bands have this sort of consistency. Like all their albums, they change up their sound just enough to make it a bit different using mostly the same formula of albums past. They are a band that understands leaving space and quiet spots in songs makes for a much more interesting and powerful song.  Spoon have absolutely perfected how to place guitars against each other in the mix with incredibly innovative and powerful results.
7. Jesus Rocked The Juke Box by Various
I love black Gospel from the ’50s through the ’70s. There is a feel to the recordings that just doesn’t seem to come across in most modern Gospel after the late ’70s. I was weary of yet another compilation but this album is the greatest Gospel compilation I’ve heard in my life. If you want feel good music that will touch your soul and make you feel glad to be alive – this is an album made for you.
8. Feel Your Feelings, Fool by The Regrettes
Fun melodic punk rock with funny and charming lyrics made by a bunch of really young whipper snappers – they are all still in their teens. Nothing new here, just great melodies and wonderfully written songs played with style and power. Remember when bands recorded in a room with minimal production and over dubs but it still sounded amazing? This is that kind of record.
9. Antisocialites by Alvvays
Wonderful indie pop with big guitars and synths. It’s a big improvement from their first record which I thought was pretty mediocre. They focused much more on their song writing this time around with wonderful results.
10. Slow Dive by Slow Dive
We often use words to describe albums that pigeon hole the band and don’t exactly fit. This album is a shoe gaze/dream pop record and I think this description describes it perfectly. This is their first record in over 20 years and it’s their best. If this is the kind of music you like, you need this record.
11. In Mind by Real Estate
Real Estate revamp their line up and put out another great record. They do one thing really well and continue with it here here trying to perfect the dreamy, jangly, reverb guitar record that have defined their sound since their first album.
12. Witness by Benjamin Booker
Soul, blues, punk, and r&b are all thrown into a New Orleans style gumbo to make a wonderful second record by Booker. This album has a lot of heart and you can tell he’s upset at the world around him and wants to be an agent for change. He’s not sure exactly what to do. Maybe just play music and write songs about the world he sees around him. In any case, this is an urgent angry record that makes the listener want to be an agent for change as well. Mavis Staples guests.
Other artists with wonderful albums released this year that I really liked in no particular order:
Aimee Man
Jason Isbel
Perfume Genius
Como Mamas
The National
Sarah Shook
Lorde
Melda May
Son Little
Nicole Atkins
Priests
Margo Price
Top Tunes '17