Mental illness has been stigmatized for centuries, even though an estimated one in five adults will suffer from some type of mental illness during their lifetime, according to numbers from the National Alliance on Mental Illness from 2015.

On Thursday, March 22, The Gathering Place, which has served as a safe haven for those in recovery from mental illness for over 40 years, will host their fourth Community Illumination event, which is intended to shed some of that stigma and shine some light on the help that is available for those who are out there struggling. The event will feature local food, art crafted by those who utilize the services at The Gathering Place, and live music by the organization’s house band, The Gatherers, as well as local band Come On, Come Ons. The event will kick off at 6 p.m. at Central Venue, located at 29 East Carpenter Street in Athens.

WOUB’s Emily Votaw spoke to The Gathering Place’s Ginger Schmalenberg about what the community can expect from the event, how we can work together to finally get rid of the stigma around mental illness, and why it is so important that The Gathering Place is a community supported organization. 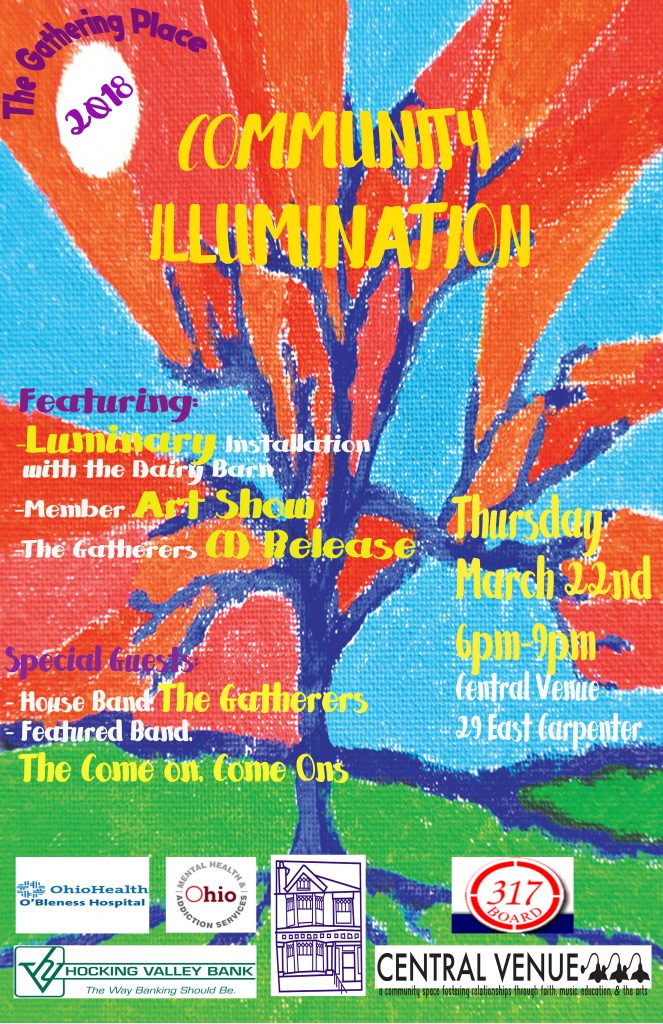