Clothing store 24-7 Dreams, and the bar Cat’s Corner are two businesses now calling West Union Street home. The businesses stand a couple of blocks away from each other on Union St., but both owners say they think they’ll find success at their locations.

24-7 Dreams owner Mose Denton began printing shirts after he quit his job at UPS in 2013, hosting events selling the shirts at locations on Palmer and Stimson Streets. The City of Athens shut down those events because of code violations, but a year later Denton turned his brand into a store-front location in uptown Athens. 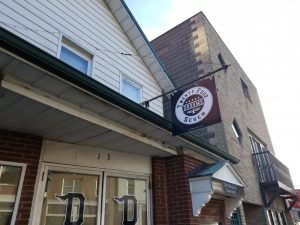 d to build the store in Athens instead of his hometown Los Angeles to take advantage of the lack of urban clothing stores.

“I could’ve easily opened a store [in LA] but it would’ve been me versus 1,000 other stores,” he said. “I decided to go after my second dream, which was building a culture founded on philosophy and manifested one’s dreams to reality.”

Denton said 24-7 Dreams is considered a Lifestyle Brand, where the products are motivational and philosophical. He credits his love of football for the name and said he hopes the products push others to pursue their dreams.

The store is open for business but its grand opening isn’t scheduled until the end of April.

New ownership, a slight name change, and a different approach to students is what Cat’s Corner has done with its Union Street location.

Formerly known as Cat’s Den, Cat’s Corner is looking to the student population for more business. The bar’s twitter handle is @catscornerou, and Denton is inviting students via tweet to come the bar after the fests. The store’s more modern decor is also aimed at attracting more student business.

Bar manager Kyle Yake, who bartended at the now closed Cat’s Den, said his goal is to push for the student population. 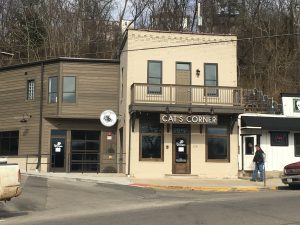 “We’re looking to bring the college kids down here at night,” he said.

Randy Skoal, the new owner, said the location was too good to pass up, signing a long-term lease for the establishment. Skoal leaves the day-to-day bar operations to Yake.

“We’re pretty excited about what we think we can do… we had a pretty good weekend” Yake said of the soft opening held on Friday.