More than 300 people were killed by drug overdoses in the Marietta-Parkersburg area in the last four years, contributing to a crisis ravaging the Ohio valley. 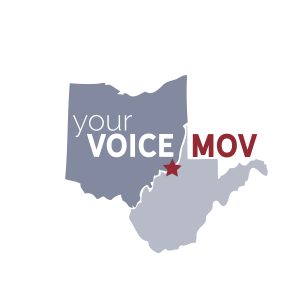 As journalists who try to bring you meaningful news that helps create better communities, we’re troubled that our reporting has not resulted in widespread public mobilization for solutions to the addiction crisis.

Consider: 3,300 have died in the U.S. in the last 20 years due to terrorist attacks, all but 400 in one event on September 11, 2001. But in Ohio and West Virginia alone, nearly 5,000 are dying each year of opioid overdoses – an addictive drug that most began using as a prescription from a doctor.

West Virginia and Ohio have the dubious distinction as No. 1 and No. 2 in the nation for death rates. There are indeed individuals and organizations delivering creative interventions, but still, the number of individuals and families in crisis staggers the imagination.

As journalists, we believe we have a responsibility to not just report the problem, but also be part of the solution. For that reason, journalists in the Marietta-Parkersburg area have agreed to set aside competitive instincts for the next several months and work together on helping the Mid-Ohio Valley identify and act on solutions to the crisis. Among those journalists are Janelle Patterson at the Marietta Times, Brett Dunlap at the Parkersburg News and Sentinel, and Aaron Payne from WOUB and the Ohio Valley ReSource in Athens.

This isn’t the first effort of its type. The Marietta-Parkersburg initiative will be part of the Your Voice Ohio project, a collaborative effort of nearly 40 radio, television, newspaper and online news organizations that seek to give voice to people in their communities. By better understanding the people, journalists are better equipped to hold leadership accountable.

WOUB is interested in learning about the solutions in your community that are working and you feel need more attention.

Your Voice Ohio has held 11 community conversations across Ohio since October, listening to more than 500 people discuss what they know about the addiction crisis, the causes and solutions.

Over the next few months, we’ll do the same in Washington and Wood counties. Journalists will join citizens at the table to listen and participate. We want to come away with new ideas on how best to serve.

There’s an element to this project that will be noticeably different from much of what you have heard or read so far about addiction: Solutions. We want to reflect accurately that this is not a hopeless crisis. There are, in fact, survivors and there are people, institutions and governments saving lives.

Next week, we’ll provide a list of solutions that are statistically proven to reduce harm, many of which people in communities identified as things they want but for some reason leaders failed to provide.

This will be one of our contributions: A checklist of solutions that allows each community to ask, “Do we have this, do we need this and how do we get it?”

As for journalists, we’ve received an earful from communities like Parkersburg, Marietta and Belpre, where we will meet with citizens July 15-17. People told their news organizations that those struggling with addiction need help and they want respect. “No one wakes up in the morning thinking they want to be an addict” was heard more than once.

They asked for a crisis phone number, prominent on news web sites, that tells them who to call for help. Where can they find Narcan kits to revive someone who overdosed? Where can they find a detoxification center? Is there a local needle exchange to prevent spread of disease?

They asked us to rethink the word “addict” because it has become derogatory. Most news organizations use the word only if the person refers to himself as an “addict.” The word “addiction” sometimes is replaced by “substance use disorder.”

Reasons? Scientific understanding of opioids suggests that the drug causes a change in brain chemistry that results in a disorder. The word “disorder” is more accurate, and also changes the thinking about the people at risk.

And when one considers that most who die in Ohio and West Virginia had their first experience with an addictive opioid because it was prescribed by a doctor, the idea arises that they may be victims rather than making bad choices.

One of the Your Voice Ohio partners, WYSO public radio, aired a powerful interview from the Dayton Women’s Correctional Institution that illustrates how lives are transformed by opioids. Listen to the conversation with Alisha Federici, who suffered a back injury in high school gymnastics. She was given pain medication and became hooked. She tried rehab three times, but the disorder ended in her death.

The public conversations sponsored by your local news organizations begin with the assumption that communities are best equipped to identify and act on effective solutions. People will be asked whether opioids or addiction have affected their lives and how. They’ll be asked how the area would look if it were successfully turning the crisis around and what must be done to do so.

Meetings are open to the public and diverse voices aid in identifying local solutions. Parents of victims, people in recovery, paramedics, doctors, teachers and public officials are encouraged to provide their perspective in free-flowing conversations.

Because of room limitations, those who wish to participate are asked to sign up through internet links provided with this story.

So now we ask: What questions do you need answered to help your understanding? What solutions do you suggest?

Coming next week: Solutions that have worked in other communities and could be applied in your area.

The Your Voice Ohio media collaborative was funded in 2016 by a $175,000 grant from the John S. and James L. Knight Foundation, an organization that supports journalistic endeavors. That funding provided for unique polling for the media by the University of Akron Bliss Institute for Applied Politics and public deliberation sessions facilitated by the Jefferson Center, a non-profit, non-partisan engagement organization in St. Paul, Minn.

In 2017, the Democracy Fund, which supports media and public engagement in democracy, provided $250,000 to advance the work, and the Knight Foundation provided another $75,000.

The Jefferson Center continues to devise the public conversations and acts as the fiscal agent for the project. Doug Oplinger, a 46-year veteran of the Akron Beacon Journal who worked on three Pulitzer projects, manages the media work. He can be emailed at doplinger@yourvoiceohio.org

News outlets in the Mid-Ohio Valley are working with the Your Voice Ohio project to listen to local residents discuss the addiction crisis so that we can better represent your thoughts and solutions in our reporting.

If you wish to participate, please sign up through one of the following links:

Source: Politifact and the Centers for Disease Control

Your Voice MOV: Finding Community Solutions To The Opioid Crisis