Christmas with the Mormon Tabernacle Choir | Monday, December 17 at 9

This December, Tony Award-winning actress Sutton Foster and renowned actor Hugh Bonneville, of “Downton Abbey” on MASTERPIECE, will star as guest musical artist and narrator, respectively, in the beloved annual holiday television special “Christmas with the Mormon Tabernacle Choir” on WOUB. The special has been the top-viewed holiday program on PBS nearly every year for the past 14 years. ( Nielsen nPower data for 2015.) 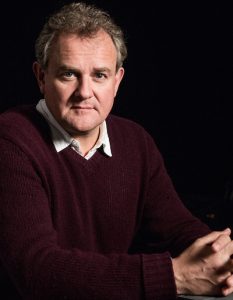 “I’ve always associated the Mormon Tabernacle Choir with Christmas, so it was truly an honor to take part in this wonderful tradition, which is unlike anything else I’ve done before,” said Foster. “There’s something that happens when you stand on the stage and you’re sharing this experience not only with the Choir and Orchestra, but with the 21,000 people that attend each night. It becomes about everyone, no matter what you believe, coming together to celebrate this season. For me, this time of year is all about family and celebrating the people that have passed, so to be able to bring in all of the things that I love was a very powerful experience.”

Bonneville added “I’ve never been part of something where the word ‘amateur’ has had a truer sense of the word, coming from the Latin root, ‘amo,’ or ‘the love of it.’ The love and the commitment that these people who are volunteering give to this program for the single purpose of celebration through music, word and dance – it’s a rare and extraordinary experience.”

The 60-minute program on PBS highlights the musical achievement and artistic diversity of Foster and the Choir with powerful arrangements of cherished holiday carols such as “Joy to the World,” “It’s the Most Wonderful Time of the Year,” “Christmas Time is Here,” from the beloved “A Charlie Brown Christmas,” “Silent Night” and “Angels from the Realms of Glory.” Bonneville rounds out the program with a reading of the Christmas story from Luke 2, and a spellbinding account of the tragic true story of a night at sea in 1873 and its aftermath for the composer of the hymn “It Is Well with My Soul” and his family. 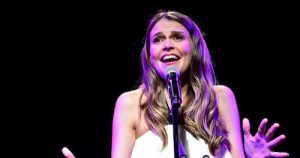 “Both Sutton and Hugh are truly among the smartest, most passionate and talented artists today, so to have both of them perform with us was really a dream come true and a great honor,” said Mack Wilberg, music director of the Mormon Tabernacle Choir. “Each guest brings their distinctive gifts and talents, and this program is uniquely special thanks to Sutton’s immense vocal artistry and sparkling personality paired with Hugh’s charismatic delivery and stage presence. For the past 15 years on PBS, with 15 unique performances, it has become a sought-after family tradition to enjoy this Christmas institution, and we’re thrilled that through our relationships with BYUtv and WGBH we can share this remarkable gift with audiences around the world.”

The 2018 broadcast is co-presented by WGBH, the largest creator of PBS content for TV and the web, and BYUtv, the television home of the Mormon Tabernacle Choir’s weekly program “Music and the Spoken Word.” The Christmas special was taped and produced by BYUtv over three consecutive nights in front of a live combined audience of 63,000 people at the Conference Center at Temple Square in Salt Lake City in December 2017.

“Christmas with the Mormon Tabernacle Choir” has been a Temple Square tradition since 2000, but first aired on PBS in 2004 with performances by American mezzo-soprano Frederica von Stade and Welsh baritone Bryn Terfel. It has continued each year since, featuring some of the most prominent musical artists of their generations, including Audra McDonald, Renée Fleming, Brian Stokes Mitchell, Natalie Cole, David Archuleta, Deborah Voigt, Santino Fontana, Laura Osnes and Rolando Villazón. The program has been narrated by such esteemed guests as David McCullough, Jane Seymour, John Rhys-Davies, and Walter Cronkite among others.