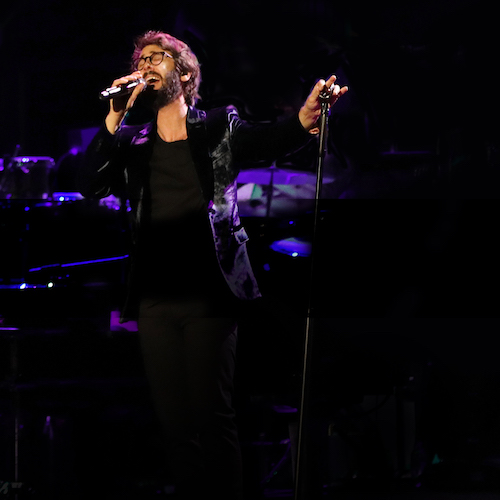 Filmed at New York’s Madison Square Garden on November 18, 2018, this new concert features international superstar Josh Groban performing songs from his much-praised recent album Bridges, as well as a selection of classic songs and fan favorites from the last 20 years. Joining him on stage as special guests are Tony Award-winner Idina Menzel and Grammy Award-winner Jennifer Nettles, along with a choir and orchestra. JOSH GROBAN BRIDGES: IN CONCERT FROM MADISON SQUARE GARDEN is part of special programming premiering on PBS stations in March 2019.  Idina Menzel, known worldwide for her performance of the multi-platinum Oscar-winning song “Let It Go” from Frozen, joins Groban for the duets “Lullaby” and “Falling Slowly” from the Broadway show Once. And surprise guest Jennifer Nettles performs with Groban on “99 Years.”

Possessing one of the most outstanding and instantly recognizable voices in music, GRAMMY Award-nominated singer, songwriter, and actor Josh Groban has entertained fans across the globe with his multi-platinum albums and DVDs (over 30 million sold worldwide), electrifying live performances, and comedic film and television appearances. The 37-year-old Los Angeles native stands out as “the only artist who has had two albums appear on the Top 20 Best-Selling Albums list of the past decade,” according to Billboard. He has appeared feature films such as Crazy, Stupid, Love, The Hollars, Coffee Town, and Muppets Most Wanted, as well as on NBC’s The Office, FX’s It’s Always Sunny in Philadelphia, and CBS’ The Crazy Ones. His discography encompasses eight studio albums, including his 2001 self-titled 5x-platinum debut, 2003’s 6x-platinum Closer, 2006’s double-platinum Awake, 2007’s 6x platinum Grammy-nominated Noel, 2010’s gold-certified Illuminations, 2013’s gold-certified All That Echoes, 2015’s gold-certified Stages, and most recently 2018’s Bridges.

In 2017, he concluded his Broadway run in Natasha, Pierre & The Great Comet of 1812, which Time Out New York called, “one of the best musicals of the decade.” He also released his first coffee table book, Stage to Stage: My Journey to Broadway, chronicling the past two years of his life on Broadway. 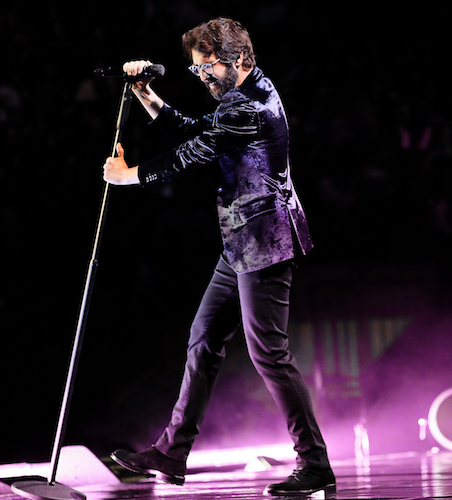 2018 marked yet another watershed year for Groban as he extended his influence across music, film, television, and Broadway yet again. He co-hosted the Tony Awards to widespread enthusiasm worldwide after garnering his first nomination in 2017. He co-stars alongside Tony Danza on the new NETFLIX series, The Good Cop, that made its debut on the streaming platform September 21. On the same day, he unveiled his eighth full-length studio offering, Bridges [Reprise Records]. In addition to duets with Andrea Bocelli, Sarah MacLachlan, and Jennifer Nettles, it boasts nine tracks co-written by Groban. He launched a North American headline tour in support of the album during the fall 2018. He maintains his position as the consummate American showman in 2018 and beyond.

Groban remains an active arts education philanthropist and advocate as a member of Americans for the Arts Artists Committee and Groban’s Find Your Light Foundation helps enrich the lives of young people through arts, education, and cultural awareness.