Ratha Con is Athens’ pop culture convention, a day designated for superfans of all types. This year, the event will take place on Saturday, April 27 at the Athens Community Center (701 East State Street, Athens).

In addition being a celebrated event for self-identifying nerds of all kinds, Ratha Con is also a non-profit, whose vice president, Alyse Carter, stopped by WOUB a little over a week from the event to talk about the upcoming event. 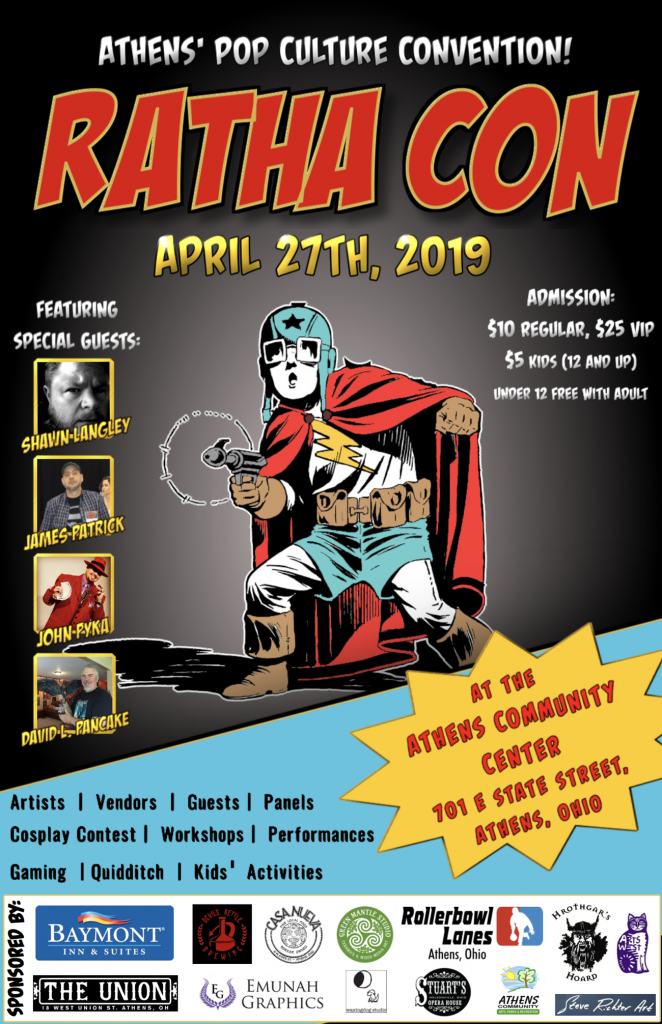 Ratha Con will have a “pre-party” in the form of a Nerd Prom at Casa Nueva on Friday, April 26, to which organizers encourage attendees to dress up for. DJ B-Funk will provide the music, and local burlesque troupe The Goddess Collective will perform risqué odes to geek culture starting at 11 p.m. After Rathacon itself on Saturday, there will be an after party, the aptly titled Ratha Con After Party Cosmic Costumed Bowling at Rollerbowl Lanes. For more information on Ratha Con or either of the pre- or post- con events, check out Ratha Con’s website.

The audio for this story was engineered by Adam Rich and edited by Emily Votaw.

Ratha Con Brings Out All Kinds of Characters