Get a Front Row Seat to the Change of Seasons in Real Time with Nature: American Spring LIVE

Juju Chang hosts the three-day, multi-platform event live from the Sierra Nevadas on April 29, 30 and May 1 on PBS and Facebook 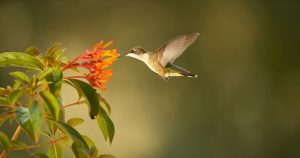 Spring is one of nature’s greatest performances – a time of rebirth, renewed energy and dramatic transformations. For three consecutive nights, Monday, April 29 – Wednesday, May 1 at 8:00 p.m. on WOUB and Facebook, Nature: American Spring LIVE presents the change from winter to spring in real time from iconic locations across America.

Acclaimed news anchor Juju Chang will host the multi-platform event with on-camera experts, including biologist Thor Hanson and entomologist Phil Torres, showing springtime phenomena in ecosystems ranging from the Sierra Nevada Mountains to the Everglades, from inner-city parks to remote wilderness preserves. The series will include a mix of live and pre-taped footage highlighting some of the most pivotal events in nature’s calendar.

“Nature throws a party every year, and it’s called spring. It is the most active time in the natural world for plants and animals, from birth and rebirth to migrations to pollination,” said Nature executive producer Fred Kaufman. “In addition to witnessing incredible wonders, the goal of Nature: American Spring LIVE is to inspire people to go outside and get involved with science. Everyone can play a part in our natural world.” 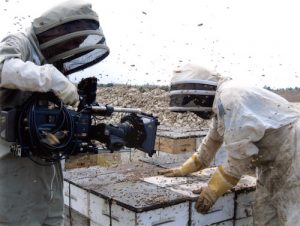 A diverse group of researchers and citizen scientists will investigate how a wide range of organisms respond to the change of seasons. They will share their insights into the natural world, reveal new technologies that make their discoveries possible and encourage audiences to join the adventure of science. 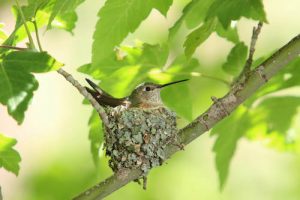 Tracing the green wave that sweeps across the continent in spring, see how the rising temperatures and longer days spur plants to awaken and flower, and animals to seek out newly abundant resources for their new families. See bears emerge from hibernation in Maryland and witness the connection that nesting birds have with alligators in the Everglades. Go nest hunting in Arizona and learn how the California wildlands are being reborn after a year of devastating wildfires. Discover how animals have incorporated seasonal change into their life cycles and successful reproductive strategies – all demonstrated by the birth of a lamb in Maine.

Breeding and the greening of the landscape are tied to another major spectacle of spring: the mass movements of animals as they take advantage of spring’s bounty. Meet the scientists who track the journeys of animals such as butterflies, birds, bison and bats over vast distances, from winter refuge to spring nesting grounds. As they attempt to uncover the precise triggers and timing of migration and its impact on other animal species, the scientists grapple with how these patterns and behaviors may shift due to climate change. 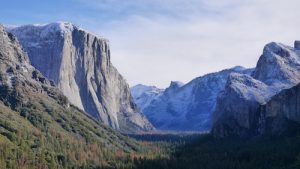 Episode 3: “Connections” premieres Wednesday, May 1 at 8:00 p.m. and facebook.com/PBSNature

Nature’s perfect partnerships, precisely synchronized, have evolved over thousands of years. Learn how plants and animals depend on each other to survive. See first-hand how climate change can break those connections, altering the timing of weather and plant growth, and disrupting the delicate relationships between plants and pollinators such as moths, bees and butterflies. Watch a family of wolf cubs explore their den in Minnesota’s Voyageurs National Park and learn about their vital connection with the park’s ecosystem. Plus, see how bobcats at Point Reyes National Seashore hunt for mice and other small prey.

A robust collection of classroom resources produced by WNET Kids’ Media and Education will be hosted on PBS LearningMedia with activities to help teachers get students involved in hands-on science research. 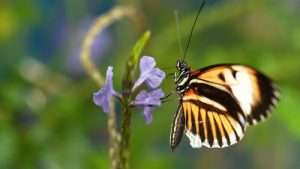 Nature: American Spring LIVE is the finale of Nature’s 37th season on PBS. The series has won more than 700 honors from the television industry, the international wildlife film communities and environmental organizations, including 18 Emmys and three Peabody Awards.

Nature is a production of THIRTEEN PRODUCTIONS LLC for WNET and PBS. For Nature, Fred Kaufman is Executive Producer, Bill Murphy is Series Producer and Janet Hess is Series Editor. American Spring LIVE is a production of Berman Productions, Inc. and THIRTEEN PRODUCTIONS LLC for WNET. Al Berman is Executive Producer and Ann Johnson Prum is Senior Producer.