A dancer with a spinal cord injury adapts to life in “Move Me” on INDEPENDENT LENS – Nov. 7 at 10 pm

FIRST-TIME FILMMAKER AND DANCER KELSEY PETERSON DOCUMENTS HER OWN JOURNEY AFTER LIFE-ALTERING INJURY IN NEW FILM “MOVE ME,” PREMIERING ON PBS’S INDEPENDENT LENS

Kelsey Peterson dove into Lake Superior and emerged paralyzed at the age of 27. A dancer and athlete, Peterson’s identity was shattered in an instant. In the profoundly intimate documentary “Move Me,” she works with family, researchers, and friends in the spinal cord injury (SCI) community to redefine who she is while adapting to life with a disability. 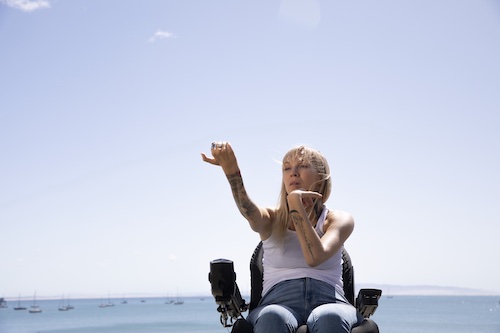 Described as a film that “lifts the curtain on the most intimate challenges faced by Peterson and others who’ve lost the ability to move and feel” by the Minneapolis Star Tribune, “Move Me” will make its U.S. broadcast debut on PBS’s INDEPENDENT LENS on November 7, 2022, at 10:00 p.m. The film will also be available on the PBS Video app.

Beneath the waters of Lake Superior in 2012, Peterson underwent a transformation in a split second when she dove in and hit the lake bottom head first. As a result, Peterson suffered a spinal cord injury that would rob her of both function and sensation from the chest down and strip her of her self-identity as an athlete and dancer.

Now, years later, she invites audiences to witness the ebb and flow of hope and acceptance on her journey post-injury with raw honesty. Directed by Peterson and Daniel Klein, “Move Me” follows Peterson as she meets with others in the SCI community who remind her of life’s vitality and give her the strength to return to dance. Along the way, Peterson unexpectedly finds herself facing an opportunity to dance again, showing her a new path toward acceptance, all the while grappling with a decision to participate in a cutting-edge clinical trial that could bring her some much-desired change. 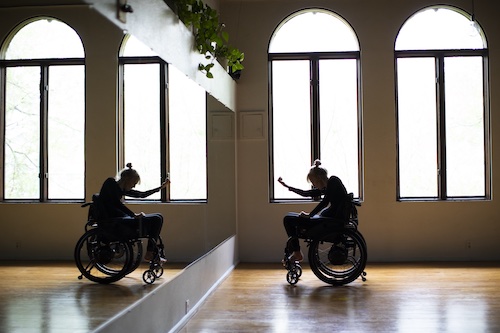 Over the course of the film, Peterson not only speaks with experts, family, and peers, but also turns the camera on herself, sharing her own vulnerabilities as she is forced to evaluate the possibilities of her recovery, body, and spirit.

“The purpose of this film has honestly changed a lot over the last five years of making it, because this journey has been one of profound healing for me,” said Peterson. “I started out making it because I wanted to find a cure for spinal cord injury. In seeking out answers from the community—scientists and other people with injuries—I unexpectedly developed a deep love for my disability experience and for my body that I did not have when I started making this film. I wanted to tell this story to bring healing to those of us who have lost things that defined us and to my beloved spinal cord injury community. I think “Move Me” works to shift a harmful and narrowed narrative about people with disabilities, and if this film—or my experience—can serve as a bridge to connect able-bodied people to the disability experience, in a way that holds more empathy and accountability for making this world more inclusive and accessible, that would be an honor.”

Visit the “Move Me” page on INDEPENDENT LENS for more information about the film.

The second deadliest disaster in California history, “Flood in the Desert” on AMERICAN EXPERIENCE – May 3 at 9 pm