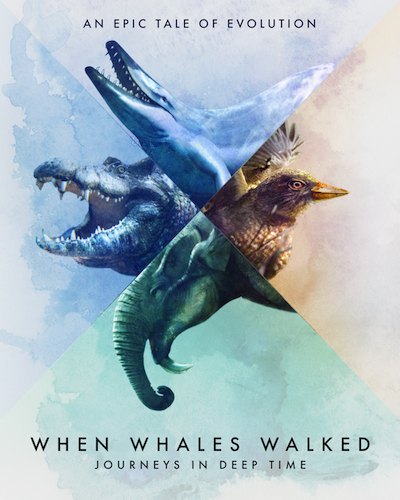 Created in a first-ever partnership between PBS and Smithsonian Channel, WHEN WHALES WALKED: JOURNEYS IN DEEP TIME is a two-hour film tracing the epic origin stories of some of the world’s most spectacular creatures. From Abu Dhabi to Argentina, Kenya to China, the program takes viewers on a global adventure as top scientists investigate clues from the fossil record and use 21st-century technology to unlock the evolutionary secrets of crocodiles, birds, whales and elephants. Using innovative storytelling techniques, 3D graphics and CGI to bring ancient beasts to life, WHEN WHALES WALKED offers surprising insights into the evolution of these magnificent animals, exploding myths about the path these species took over millions of years. Narrated by actor Lee Pace (Guardians of the Galaxy, The Hobbit), the film premieres Wednesday, June 19 at 9:00 p.m. on both PBS and Smithsonian Channel and will also be available for simultaneous streaming on PBS.org.

Evoking awe and wonder, WHEN WHALES WALKED contains startling revelations about the ancient ancestors of animals still alive today. One early croc relative was built like a greyhound, ancient whales really did walk on four legs and the earliest ancestor of the elephant was the size of a rabbit. Birds arose from feathered dinosaurs — in fact, they are dinosaurs — and went on to colonize the natural world as well as the urban spaces created by humans. But the end of the story has yet to be written, and the film sounds an alarm about the dangers each of these survivors faces. Exploring the mystery and majesty of these amazing animals, WHEN WHALES WALKED reminds us that their future lies in the hands of humans. 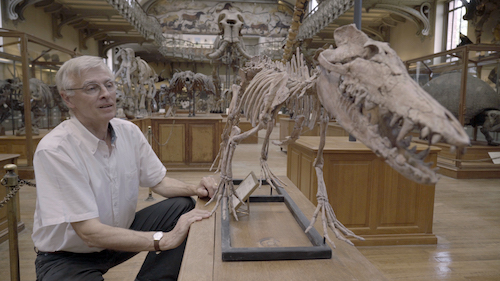 “WHEN WHALES WALKED: JOURNEYS IN DEEP TIME dives deep into the fascinating origins of some of the world’s most incredible creatures,” said Bill Gardner, Vice President, PBS Programming & Development. “By exploring the latest scientific discoveries, we bring millions of years of natural history alive in some very unexpected ways. As America’s home for documentary film and the market leaders in science and natural history content, we’re thrilled to partner with an institution like the Smithsonian to showcase these spectacular new breakthroughs in evolutionary history.”

“When we marvel at the wonders of the natural world, like an elephant’s trunk or the size of a blue whale, we rarely ask, ‘Where did that come from?’ It turns out, scientists are finding some truly extraordinary answers,” said Charles Poe, SVP of Production, Smithsonian Channel. “This film will introduce viewers to the surprising ancestors of animals we know and love. We’re very excited to be launching our first partnership with PBS to take viewers on an utterly unique journey to the deep past.”

“WHEN WHALES WALKED: JOURNEYS IN DEEP TIME takes us to the frontiers of science,” said Michael Rosenfeld, Vice President of National Production for Twin Cities PBS, who originated the project. “It shows how researchers are using not just paleontology, but genetics, climate science and ecology to fill in the gaps in the story of life. And it’s not just a story of the past—these discoveries carry important lessons for today and even the future.” 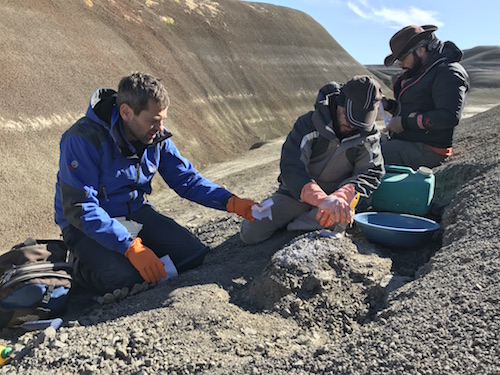 WHEN WHALES WALKED: JOURNEYS IN DEEP TIME is a major initiative in collaboration with the Smithsonian’s National Museum of Natural History, which will open the David H. Koch Hall of Fossils – Deep Time on June 8, 2019. The project will feature an extensive educational outreach program produced by the National Museum of Natural History and shared with affiliated science museums around the country.

PBS and Smithsonian Channel will also broadcast a special live event on Facebook from the National Museum of Natural History’s new Deep Time exhibit on Friday, June 14 at 9:30 PM ET. Viewers who tune in will have special after-hours access and an up-close look at unique fossils in the hall, including the Nation’s T-Rex. The livestream will be hosted by PBS Digital Studios’ Kallie Moore and Hans Sues, the museum’s Senior Curator of Vertebrate Paleontology, who will be on hand to answer audience questions in real time. Viewers can stream the event on the Facebook pages of Smithsonian Channel (facebook.com/SmithsonianChannel), PBS (facebook.com/PBS), the National Museum of Natural History (Facebook.com/NMNH) and PBS Digital Studios (www.facebook.com/PBSDigitalStudios/.

Major funding for WHEN WHALES WALKED is provided by The National Science Foundation and The Arthur Vining Davis Foundations.

Scientists Are ‘Spying On Whales’ To Learn How They Eat, Talk And … Walked?

When Whales Walked: Journeys In Deep Time | Tonight at 9

When Whales Walked: Journeys In Deep Time | Tonight at 9