A few weeks before the release of their latest, the deceptively easy to pronounce Suthernahia, Jackson, OH’s Ben Davis & the Revelry brought their unique psychedelic sonic brew to WOUB’s Radio A for a preview of several tracks from the upcoming album. Afterwards they spoke briefly with WOUB’s Emily Votaw about some of their exciting album release events, detailed below. 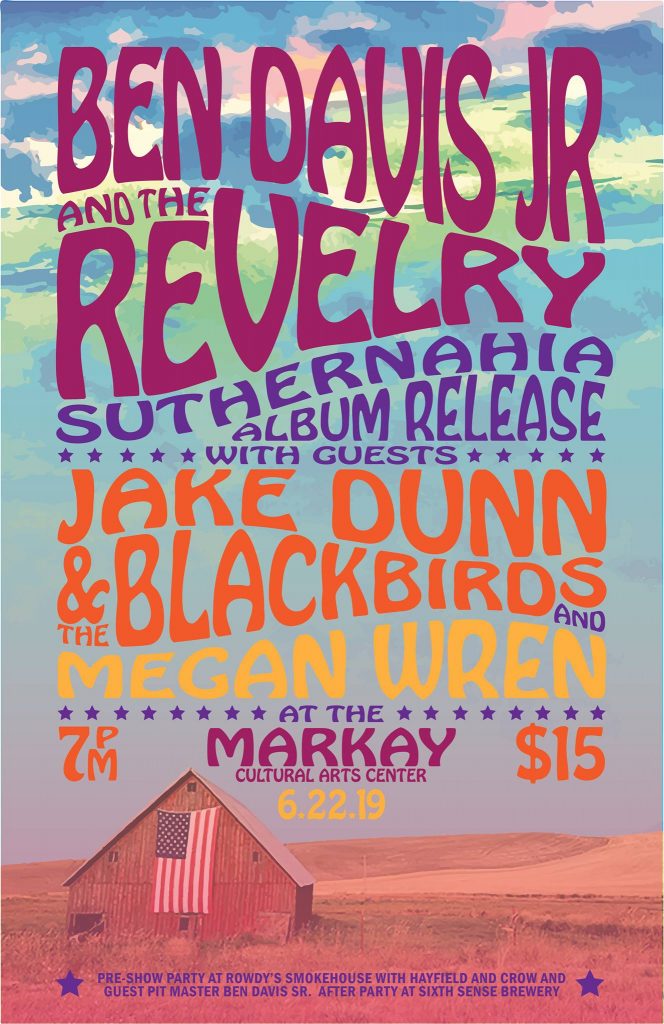 Rowdy’s Smokehouse (495 Ralph Street, Jackson) will host a pre-party for Ben Davis Jr’s Suthernahia album release show. Ben Davis Sr. will be guest pitmaster, and will be serving up some of his creative BBQ recipes. Friends of Ben Davis Jr.; Hayfield and Crow will be performing from 4 p.m.-6 p.m. while you enjoy the fares, and prepare to make your way to the Markay Theatre for the album release show.

The audio for this feature was engineered by Adam Rich and edited by Emily Votaw.

Radio A Sessions: no stars