From Alaska to homes all across the U.S., MOLLY OF DENALI, a groundbreaking new PBS KIDS series produced by WGBH Boston, will premiere nationwide July 15, 2019 on PBS stations, the 24/7 PBS KIDS channel and PBS KIDS digital platforms. 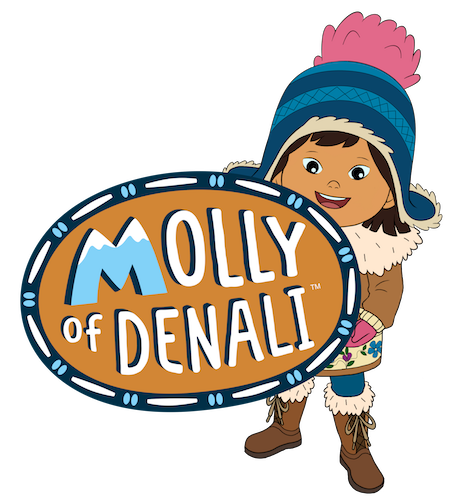 The first nationally distributed children’s series to feature a Native American lead character, MOLLY OF DENALI is about Alaska Native Molly Mabray, a feisty and resourceful 10-year-old Gwich’in/Koyukon/Dena’ina Athabascan girl, who takes viewers ages 4 to 8 along with her on adventures and fosters literacy skills along the way. With an emphasis on family and intergenerational relationships, episodes of MOLLY OF DENALI model Alaska Native values, such as respecting others, sharing what you have and honoring your elders, while showcasing contemporary aspects of rural life, including strong female role models and how technology aids in communication.

“PBS KIDS has a longstanding commitment to celebrating inclusiveness and diversity, and we’re delighted to further that mission through MOLLY OF DENALI,” said Linda Simensky, Vice President, Children’s Programming, PBS. “We can’t wait for families to meet MOLLY OF DENALI, who will introduce them to some of the richest cultures in our nation.”

MOLLY OF DENALI is grounded in a pioneering curriculum focused on informational text, a foundational aspect of literacy education. Informational texts are designed to convey information and can include written words, images, graphics, video and oral language. In every episode, Molly navigates her world and solves problems with the help of books, online resources, field guides, historical documents, maps, tables, posters, photos, Indigenous knowledge from elders, her very own vlog and more. 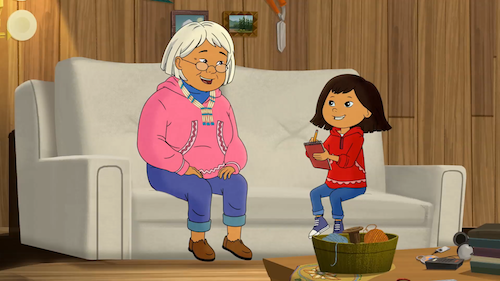 “We’re excited to bring the world of MOLLY OF DENALI to audiences everywhere,” said WGBH Executive Producer Dorothea Gillim. “What began with the idea of creating a show based on the joy children find in ‘playing store’ has evolved into the story of kids and community, and an authentic reflection of life in Alaska, with an important Informational Text curriculum to support it.”

MOLLY OF DENALI includes Alaska Native voices in all aspects of the production, both on camera and behind the scenes. Every Indigenous character is voiced by an Indigenous actor, including the lead character of Molly, who is voiced by Alaska Native Sovereign Bill (Tlingit and Muckleshoot). Alaska Native screenwriters and producers are also part of bringing the series to life. WGBH Boston developed MOLLY OF DENALI with a working group of Alaska Native advisors, and created opportunities for developing Alaska Native talent via a Scriptwriting Fellowship. The show also gives young viewers a window into the Alaskan experience through live-action interstitials featuring local children and regions filmed by Alaskan production teams, including Alaska Public Media, KUAC, UAF Frame and Channel Films. The theme song was sung by Phillip Blanchett and Karina Moeller of the Yupik Alaska Native band Pamyua, and the Athabascan fiddle and traditional drum in the song were played by Gwich’in fiddler Brennan Firth. 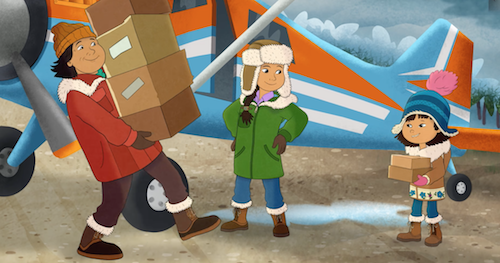 “I’m thrilled that Alaska Native children will get to see themselves and our vibrant cultures represented in MOLLY OF DENALI,” said Princess Daazhraii Johnson, Creative Producer of the series. “Equally important is having a positive representation of Alaska Native culture shared with a broader audience. The show also reinforces for children that no matter where they’re from or where they live, we are all much more alike than we are different.”

MOLLY OF DENALI is being developed as part of the Corporation for Public Broadcasting (CPB) and PBS Ready To Learn Initiative with funding from the U.S. Department of Education. The Ready To Learn Initiative brings educational television and digital media resources to children ages 2-8, and aims to promote early science and literacy learning, with an emphasis on supporting children from underserved communities.

“As a signature component for the CPB-PBS Ready To Learn Initiative, MOLLY OF DENALI presents high-quality, innovative educational content promoting literacy skills while exposing young learners to cultural diversity in a positive and authentic way,” said Deb Sanchez, CPB Senior Vice President, Education and Children’s Content. “CPB supports both education and diversity through its investments in the MOLLY OF DENALI production, ensuring that Alaska Natives are involved in all aspects and all levels of production and the creation of multi-station educational resources focused on rural children.”

Each episode of MOLLY OF DENALI will include two 11-minute stories as well as a live-action interstitial. The first season will feature 38 half-hour episodes, along with a one-hour special. 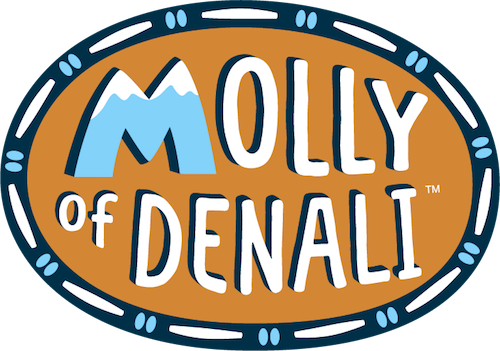 The series is co-produced by WGBH and its animation partner, Atomic Cartoons, in association with CBC Kids. MOLLY OF DENALI is developed and produced with funding from CPB, the Department of Education’s Ready To Learn Grant, public television viewers and the Province of British Columbia Production Services Tax Credit. Corporate funding provided by Homer.