Beginning with a searing indictment of slavery, this first episode dramatically evokes the causes of the war, from the Cotton Kingdom of the South to the northern abolitionists who opposed it. Here are the burning questions of Union and states’ rights, John Brown at Harpers Ferry, the election of Abraham Lincoln in 1860, the firing on Fort Sumter, and the jubilant rush to arms on both sides. Along the way the series’ major figures are introduced: Abraham Lincoln, Frederick Douglass, Robert E. Lee, Ulysses S. Grant, and a host of lesser-known but equally vivid characters. The episode comes to a climax with the disastrous Union defeat at Manassas, Virginia, where both sides learn it is to be a very long war.

The Civil War, an epic nine-episode series by the award-winning documentary filmmaker Ken Burns and produced in conjunction with WETA, Washington, D.C., first aired in September of 1990 to an audience of 40 million viewers. The film is a comprehensive and definitive history of the American Civil War, and the recipient of 40 major film and television awards, including two Emmys and two Grammys.

Heralded as an unforgettable introduction to a four-year conflict fought in 10,000 places,

The Civil War was five years in the making. The film vividly embraces the entire sweep of the war: the complex causes and lasting effects of America’s greatest and most moving calamity, the battles and the homefronts, the generals and the private soldiers, the anguish of death in battle and the grief of families at home.

Archival images of 16,000 photographs, taken from a total of 1 million pictures of the Civil War, along with period paintings, lithographs, and headlines, were combined with moving newsreel footage of Civil War veterans, evocative live cinematography of the now quiet battle sites, interviews with distinguished historians, and the inclusion of first-person accounts. 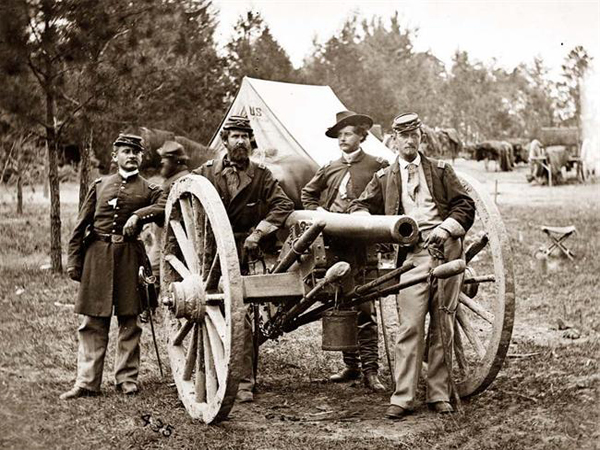 In the words of Ken Burns, “the Civil War was history running on all cylinders. It was the most important event in the life of our nation, and its importance continues today. The blueprint of the America we know was drawn up then, and whether we know it or not, we are still walking around in the shadow of that war.”

10 Streets That Changed America | Tonight at 8