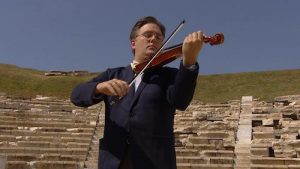 Live From Lincoln Center has announced that Odyssey: The Chamber Music Society in Greece, will air on PBS Friday, September 6, 2019. Live From Lincoln Center’s first production outside the U.S., with support from the Stavros Niarchos Foundation (SNF), the broadcast also contains another milestone – the CMS concert at the Stavros Niarchos Foundation Cultural Center (SNFCC) marks the center’s first presentation of a U.S. musical organization.

Artists of the Chamber Music Society, led by its artistic directors, David 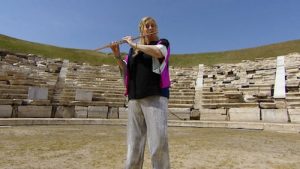 Finckel and Wu Han, embark on this multifaceted, visually striking musical journey to the country where so many of the classical arts were first developed. The core of the adventure is the unique intimacy of chamber music performances in extraordinary places, while highlighting the Greek cultural influences that still resonate within our language, arts, philosophy, and civic life.

Our trip to the cradle of Western civilization proved to be a musical odyssey like none other we or our fellow musicians had taken. It was with a deep sense of purpose that we ventured there, and with a profound feeling of enlightenment that we returned home. Live From Lincoln Center’s documentation of this journey was an unprecedented achievement, for CMS and for Lincoln Center as a whole. Sharing this novel artistic adventure with the world at the onset of our 50th anniversary season provides a harbinger of the kind of innovative possibilities that await CMS in its next half-century.