Rhinoceros was written in 1959, and even 60 years after it’s creation, the work still speaks to the tragically easy way in which humanity has a tendency to conform, even to the most obviously harmful ideologies, once they observe others doing the same. Before his death in 1994, Ionesco said that the play reflects directly on his experiences during his young adulthood while studying at the University of Bucharest in war torn Romania. 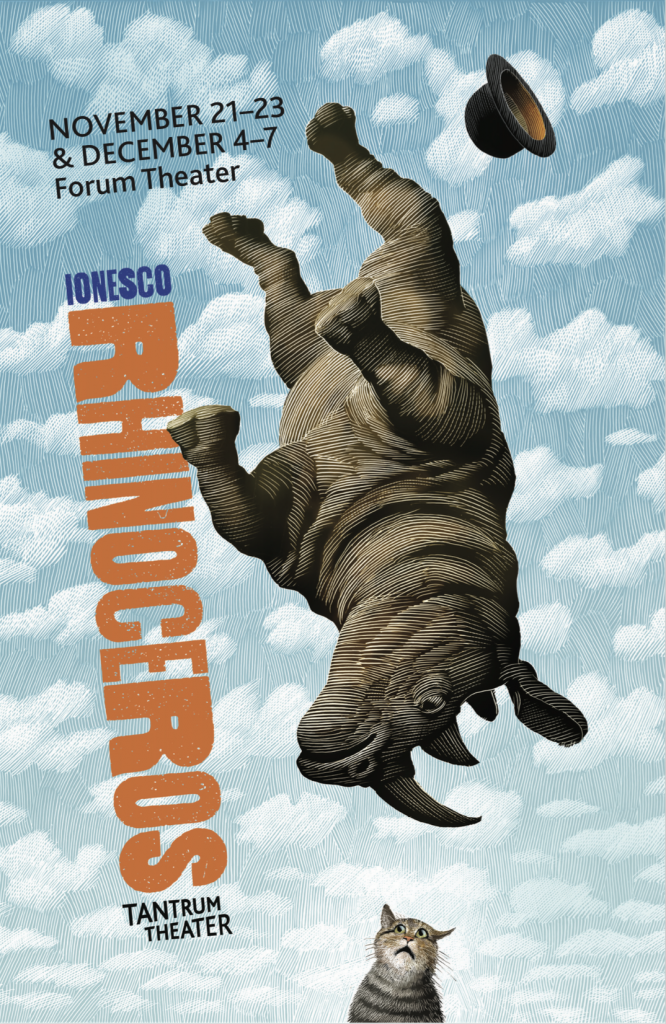 Many of his fellow students, as well as the university faculty, were quickly joining the Iron Guard, a fascist movement started by Romanian nationalist Corneliu Zelea Codreanu in 1927. The Iron Guard was an openly ultranationalist, anti-Romani, antisemitic, Magyarophobic organization that flourished throughout the interwar period in Europe. Being that Ionesco was ethnically Jewish, this movement directly endangered him and his family.

Rhinoceros speaks to us in contemporary times in perhaps more ways than we would like to admit, which WOUB’s Emily Votaw speaks to actors Gary-Kayi Fletcher and Sarah Corey about, among other things, in the interview embedded above.