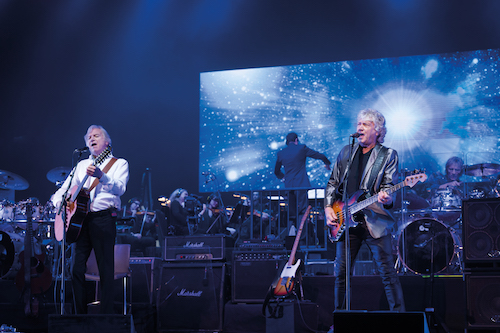 Great Performances captures The Moody Blues in performance at Toronto’s Sony Centre during their 2017 “Days of Future Passed” tour. Celebrating the 50th anniversary of their landmark album, The Moody Blues took to the road to perform the entire LP live. The film captures the band in performance for the first time with a full orchestra in a spectacle that recreates their pioneering concept album.

The show features narration performed by Jeremy Irons along with atmospheric projections, transporting viewers back to the psychedelic era of their classic 1967 record. Including the iconic hits Nights in White Satin and Tuesday Afternoon, among others, the film pays homage to the band’s five decades of musical influence and showcases their groundbreaking foray into progressive rock. 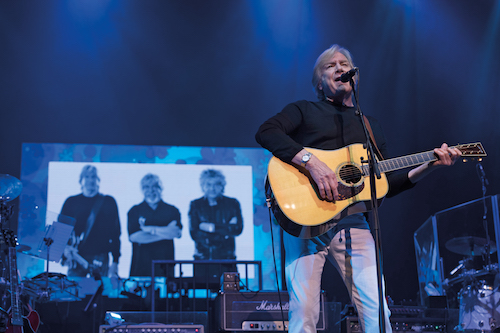 Set List:
Introduction:
• I’m Just a Singer (in a Rock and Roll Band)
• Your Wildest Dreams
• The Story in Your Eyes

“Days of Future Passed”
• The Day Begins (with Jeremy Irons)
• Dawn: Dawn is a Feeling
• The Morning: Another Morning
• Lunch Break: Peak Hour
• The Afternoon: Forever Afternoon (Tuesday)
• (Evening) Time to Get Away
• Evening: The Sunset, Twilight Time
• Late Lament / Resolvement (with Jeremy Irons)
• The Night: Nights in White Satin 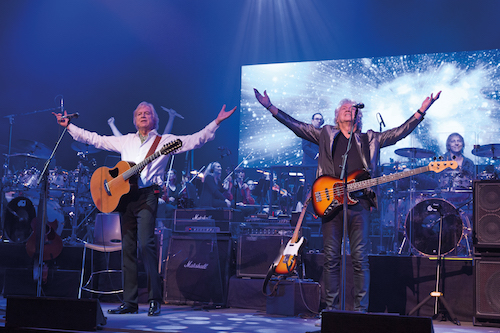