A Closer Look at Food Insecurity in Southeast Ohio

“I was talking to a few families and some of their kids had never had oranges.”  Southeast Ohio Food Bank intern, Sophia Lingrell.

Food insecurity in Southeast Ohio may be an issue people are aware of, but not many know what it really looks like.

The Ohio Association of Food Banks is requesting an increase of $30 million per year in state funding to support what the non-profit Feeding American describes as a comprehensive approach to hunger relief in Ohio. 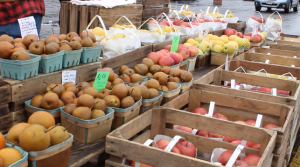 According to the Ohio Association of Food Banks, more than 1.75 million Ohioans are “food insecure” and do not know where their next meal will come from. Athens County has one of  the highest rates of food insecurity in the state of Ohio according to Feeding America. Associate Director at the Appalachian Rural Health Institute, Dr. Tiffany Arnold, said this can be due to lack of nutritious food, which also raises health concerns.

“People are left in what we call a food desert and they’re in a situation of food insecurity where either they have to travel more than 30 miles to get to a grocery store or,” she says, “what they have locally does not offer healthy food options such as produce or fresh meat.”

In the state of Ohio, the average cost of a meal is about $2.76. In Athens County, that average increases to $2.85 because there are fewer grocery stores and many of those are smaller and have a lower profit margin. Local residents are forced to shop elsewhere to feed their families. When people can’t afford to eat healthy they turn to cheaper, unhealthier options for food.

“It’s a lot of times convenience foods from dollar stores, or gas stations, or fast food…and then that unfortunately leads people to have higher instances of obesity, and then type 2 diabetes,” Arnold says.

Feeding America says that children suffering from food insecurity are two times more likely to be in poor health in Southeast Ohio.

“I was talking to a few families and some of their kids had never had oranges. And so it’s introducing produce to people who don’t have access to it generally, [be]cause our goal is not just to feed people…but we want to feed people nutritious meals,” Lingrell said.

Fresh Produce for All

The Southeast Ohio Food Bank is piloting a new program in which it offers a fresh produce stand for those in need every Tuesday. Lingrell volunteers at the stand and says she’s found her own way to have a positive impact.

“We recently had beets at the produce stand, which, we have never had before so we were really excited about [it],” she said. “I’m a nutrition student so I’ve been compiling recipes to give to people on just kind-of like, how to make nutrient-dense meals that aren’t going to break the budget.”

There are several programs that have been put in place to help remedy the issue of food insecurity in the region, including the Ohio Food Program (OFP), Agricultural Clearance Program, and Child and Adult Care Food Program.

“The OFP serves center-of-the-plate protein rich typical shelf stable food items for low income families and the Agricultural Clearance is actually purchasing surplus agriculture produce from Ohio or the rest of the country and passing that on to individuals or our member agencies, free of charge,” says SEO Food Bank Development Coordinator, David Keller.

The food insecurity children experience threatens to increase over summer months when they no longer have access to a daily school lunch. To help combat hunger in the summer, the USDA’s Child and Adult Care Food Program offers school districts federal reimbursement for costs related to providing lunches for children while they are out of school for the summer. 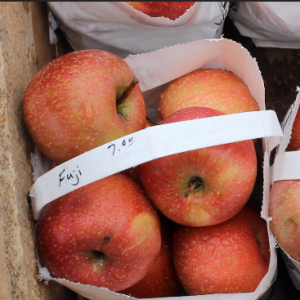 But it’s not just about family income. Keller and Lingrell agree that one consistent group coming through the food bank is grandparents who are now raising their grandchildren. In many cases, social security alone is not enough to support the grandchildren too. Keller says this is often a result of parents dealing with addiction losing custody of their children and that custody being given to the grandparents.

Another concern is changing eleigibility rules for food stamp benefits. When USDA changes to food stamp eligibility go into effect on April 1st, some 350 to 400 Athens County residents could lose their SNAP benefits. The rule change will require able-bodied adults without dependents to work at least 20 hours a week to maintain their benefits. Often this hurts the “able-bodied” people struggling with addiction, Food Bank Development Coordinator Keller said.

“As we’ve seen in Southeast Ohio with the opioid epidemic, getting these people clean, getting them the support they need while they pull their lives together is critical,” he says, “So cutting SNAP for them is definitely going to impact our network, and so the Ohio association has been very vocal about any cuts to SNAP is bad for our country, bad for fighting hunger, and it’s going to increase strain on the food bank and the agencies we’re partnered with.”

The Ohio Association of Food Banks serve one in six Ohioans each year, and in 2018 alone, they distributed more than 216 million pounds of food.

On December 14th, Joe Burrow talked about food insecurity in Athens County during his Heisman acceptance speech. The speech generated more than $500,000 in donations for the Athens County Food Pantry. Continuing to raise awareness and educate people is key, and the Southeast Ohio Food Bank is always in need of volunteers.

Keller says no matter what, the food bank will be there for its people.

Fighting Hunger in Southeast Ohio – One Seed at a Time

Summit Aims At Getting More Children In Summer Food Program