CHUCK BERRY: BROWN EYED HANDSOME MAN is a collection of performances by the greatest rock icons in history performing favorite songs by their self-proclaimed hero Chuck Berry. A historic record of the decades-long and continuing impact of the father of rock-‘n’-roll, the program presents — for the first and possibly only time ever — full performances from the legends of rock music honoring the man they agree started it all. Artists include The Beatles, The Rolling Stones, Bruce Springsteen, Jimi Hendrix, Tom Petty, Linda Ronstadt, Jeff Lynne and more, filmed at the heights of their own careers, performing the work of Chuck Berry. Berry himself is also featured in a number of solos and duets. Narrated by Danny Glover, CHUCK BERRY: BROWN EYED HANDSOME MAN is part of special programming premiering on PBS stations in March 2020. 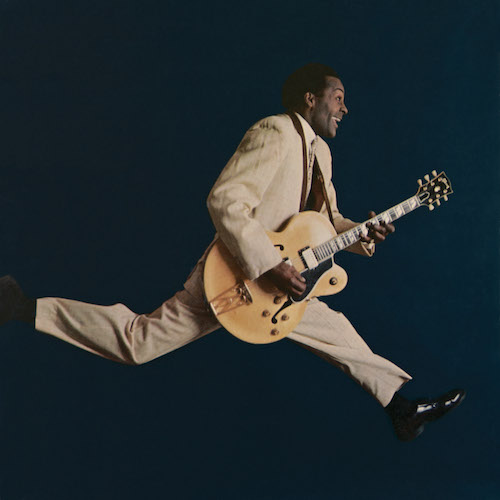 A celebration of Berry’s inimitable legacy and influence on rock ‘n’ roll, the program opens with a timeless performance of Berry and Keith Richards trading guitar licks on “Carol” from the legendary concert film Hail! Hail! Rock ‘n’ Roll, and spans more than four decades of riveting performances through a mix of classic, rare and not widely available footage of some of the biggest artists in the world paying tribute to Berry. There’s The Beatles at their first-ever concert in the U.S. performing “Roll Over Beethoven” to the deafening masses at Washington, D.C.’s Washington Coliseum, The Rolling Stones that same year putting their spin on “Around and Around” in front of a frenzied crowd in the U.K., Jimi Hendrix taking on “Johnny B. Goode” in Berkeley, California in 1970, just a few months before he passed, and Berry himself joining Bruce Springsteen and the E Street Band for a once-in-a-lifetime performance of that signature song at the Concert For The Rock and Roll Hall of Fame in 1995. Paul McCartney pays homage to one of his biggest influences with an intimate and inspired 1999 performance of “Brown Eyed Handsome Man” in the 250 capacity Cavern Club where The Beatles were born while Tom Petty and The Heartbreakers deliver a rollicking version of “Carol” from 2011 and his Traveling Wilbury’s bandmate Jeff Lynne and Electric Light Orchestra wow with their elaborate reworking of “Roll Over Beethoven” from their 2017 Rock and Roll Hall of Fame induction performance which opens with Beethoven’s Fifth Symphony before launching into Berry’s hit song.

Testament to their love and respect for Berry, all footage use has been granted by the artist or the artist’s estate and some have been provided from their personal archives. Much of the footage has been digitally enhanced from the original source to present it in the best possibly quality for the first time.

“In 50 years of working with Chuck Berry, I saw him perform hundreds of times and there simply wasn’t anyone like him. He was such a dynamic showman and loved performing for his fans,” said Dick Alen, Berry’s longtime agent. “This program does a terrific job of showcasing him live in concert throughout a variety of eras of his career and it’s a wonderful tribute to see these fellow legends performing his songs. Seeing it all together really drives home how many artists he influenced and that rock and roll wouldn’t have been what it was if it wasn’t for Chuck Berry.” 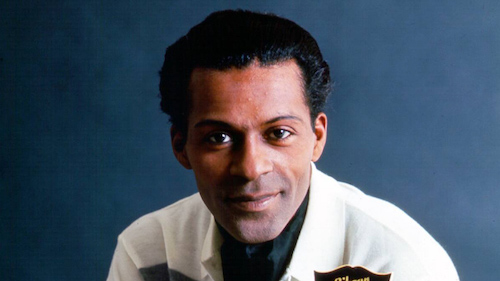 The Union To Host Handsome Family, Danny Barnes This Weekend