NEW DOCUMENTARY EXPOSES U.S. DIABETES EPIDEMIC, SHOWING THE MANY FACES OF DIABETES AND AN URGENT NEED TO END THE STIGMA BLOOD SUGAR RISING

Diabetes is a hidden epidemic in America, with a frighteningly rapid rise in the last generation alone. According to the Centers for Disease Control, one in three children born today can expect to develop the disease, and the disease impacts everyone in the country: we are spending more than $325 billion each year on diabetes. Looking behind these statistics is a new two-hour documentary special, Blood Sugar Rising. The program, which premieres April 15, explores the lives of people with both Type 1 and Type 2 diabetes in communities across America and showcases the caretakers, physicians and scientists who are working to improve diabetes management and prevention, creating new hope for the future.

Blood Sugar Rising also suggests that one of the most challenging parts of living with diabetes is stigma. Experts in the film are clear that people with other chronic diseases do not face the same “blame and shame” for their conditions, and they suggest that stigmatizing diabetes helps keep the epidemic hidden and makes it harder to support and improve life for the more than 34 million Americans with diabetes today.

“Today, perhaps more than any time since insulin was discovered in the 1920s, diabetes has reached an inflection point in America,” observes Blood Sugar Rising WGBH Executive Producer Judith Vecchione. “It’s a time of great peril and great hope. The peril is in the skyrocketing rates of diabetes we’re seeing, for men, women, and children. At the same time, there’s great excitement in the diabetes community. The most amazing advances are being made in understanding the biological facts of diabetes and offering new tools to help individuals manage their disease. “

Diabetes is so dangerous because it undercuts one of the most basic functions of our bodies: the ability to break food down into the nutrients needed by every cell in the body. Type 1 diabetes is genetic and causes the body’s own immune system to attack the pancreatic cells that create insulin, which regulates blood sugar. Type 2 diabetes, which can be affected by environmental factors like lifestyle, diet and weight, causes the pancreas to make too little insulin and the body to resist the insulin it has. In both cases, symptoms can take years to develop, and for many patients, a diagnosis comes when it is already too late: damage has been done to many delicate systems in the body, contributing to heart disease, blindness, kidney failure, strokes, and more. 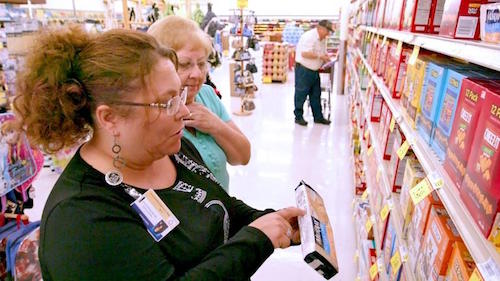 “Like many others, my Type 2 diabetes diagnosis was a shock,” says acclaimed actress S. Epatha Merkerson, Blood Sugar Rising’s narrator. “Coming from a family with a history of diabetes, I didn’t fully comprehend the signs and symptoms or, more importantly, that I was actually showing them myself. Education about both the prevalence and management of this deadly disease is critically important, and I’m honored to be a part of Blood Sugar Rising to challenge all Americans to think differently about diabetes.”

In Blood Sugar Rising, we meet individuals with both Type 1 and Type 2 diabetes who received their diagnoses anywhere from infancy to adulthood. They tell stories that are rich with complexity and individuality as they navigate the difficulties, surprises and frustrations associated with the disease. Some of them struggle to secure the care and medicine they need. “How are you still standing here? You should be in a coma!” one man was told. In contrast, another individual featured in the film declares, while pointing to her children and husband and her rewarding job, “It’s so possible to live well with diabetes!”

Blood Sugar Rising also looks at remarkable innovations in diabetes care, showcasing the revolutionary changes of the last 50 years. New devices and medications, and life-saving surgeries suggest there is hope for a future where diabetes management does not require all-consuming monitoring, day and night, seven days a week. In the series, we meet Ed Damiano, whose son David has Type 1 diabetes. This inspired Ed to create a “bionic” pancreas to automatically regulate the disease so David can safely go off to college and begin to live independently. 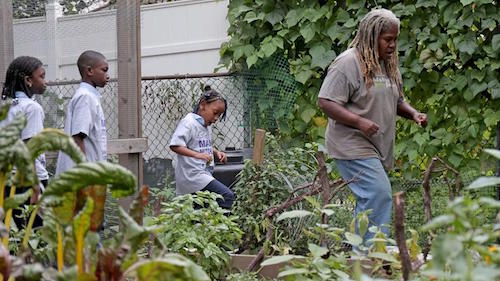 The film challenges viewers to look at the environments where we live. In communities of color and in poor, rural areas, we see how social inequities are fueling the growth of diabetes. In the Bronx, for example, residents lack access to healthy foods and are instead surrounded by bodegas filled with sugar- rich options for their families. To combat that, Karen Washington, who lost her brother to diabetes, spearheads the building of an urban garden, increasing access to healthier foods and educating school groups and others about the importance of diet to diabetes prevention.

And while some people lack access to healthy food, the film introduces others who have limited access to the drugs and care they need to survive. Many people with diabetes require insulin, but the rising costs of the drug can mean that those who have diabetes and are uninsured pay thousands of dollars at the pharmacy counter, driving them to the insulin black market or even to the dangerous practice of rationing their insulin, which can lead to death.

Accompanying the two-hour documentary is special digital content at www.PBS.org/bloodsugar, including a digital-original feature on diabetes in Native American communities, answers to many often- asked questions, and a series of “Portraits of an Epidemic” which invites viewers to share their stories of diabetes using the hashtag #BloodSugarPBS.