Ohio University’s professional theater group, Tantrum Theater, had already been conducting in person rehearsals of Charles Smith’s Objects in the Mirror when Governor Mike DeWine issued a stay-at-home order on March 22 in response to the rapidly spreading coronavirus. The group’s plan for the performance had to change for the sake of the safety of everyone involved, and that is just what they did. After weeks of work, Tantrum managed to transform the stage play into a radio play that will premiere on WOUB FM Sunday, May 31 at 8 p.m. EDT. (91.3 Athens; 89.1 Cambridge; 89.1 Ironton; 91.9 Chillicothe; and 90.1 Zanesville, and online, live at this link)

Objects in the Mirror tells the story of Shedrick Yarkpai, a Liberian refugee and actor that playwright Charles Smith (Distinguished Professor of Playwriting at Ohio University, Ohio University Presidential Research Scholar in the Arts and Humanities, and head of the Professional Playwriting Program at Ohio University) met during a 2009 production of his play Free Man of Color in Adelaide, Australia. During Smith’s time with Yarkpai, he learned of Yarkpai’s phenomenal personal odyssey, a harrowing Shakespearean plunge into the nature of identity, home, and family.

Smith premiered Objects in the Mirror as a stage play in 2017 at the lauded Goodman Theater in Chicago, during the production of which he worked with Allen Gilmore, who played the part of Yarkpai’s Uncle John. Gilmore directed the radio play production, marking his first foray into professional directing.

A few weeks before the radio play’s debut, Smith and Gilmore spoke to WOUB Culture about the resonance of the work in 2020, amidst the COVID-19 crisis.

“When I see people protesting to go back to work, to get their hair cut, to go to a gym and work out I think about what I have learned about some of the refugee camps, and the amount of rampant disease that was unstoppable; and that we are living even today with this COVID-19 virus, with this pandemic in the lap of privilege,” said Smith. “(After) going to Africa and coming back I remember walking into a grocery store and just being amazed at the amount of excess; the amount of food; the availability of pretty much whatever you wanted. Now, I listen to people talk about their freedom — and I just it just amazes me, if we had a different perspective I think we would have been able to handle this pandemic better. But we don’t have that perspective — we have a couple of classes of people in this country who believe ‘well, this is what I deserve,’ and they’ve always had what they think they deserve, they think they worked for it and they say ‘these are the things I deserve,’ — and then there are the people who are risking their lives to supply these things to these people who are entitled. And these people feel entitled even if it risks other people’s lives. That is not such a foreign idea in a lot of these refugee camps; and I think if we had that perspective, how we are dealing with this virus would probably be different.” 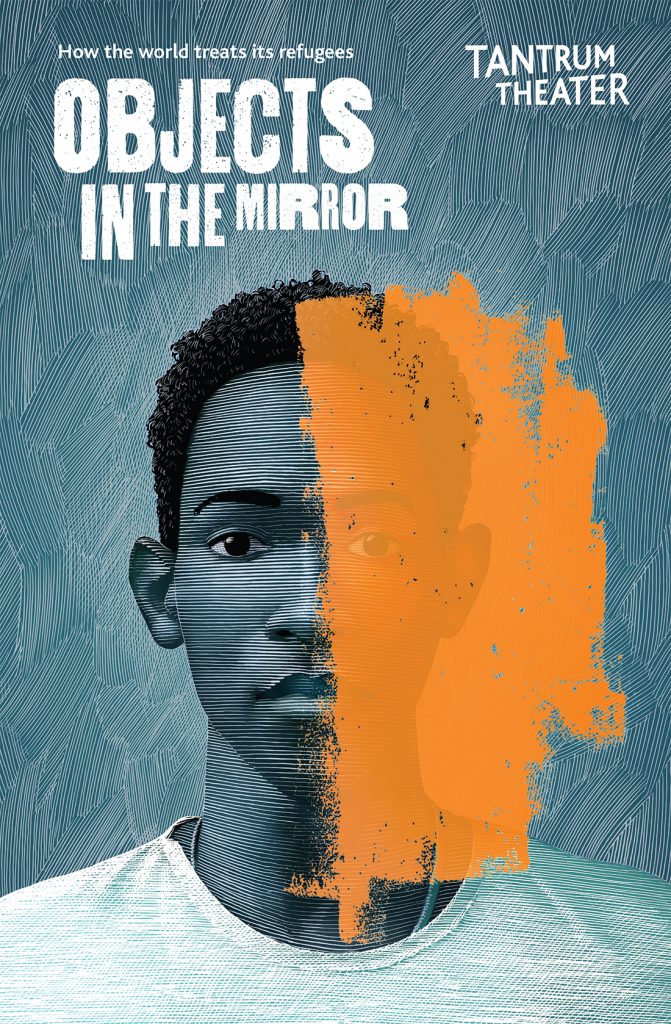 Smith said he sees a troublingly familiar similarity in the dismissive attitudes towards the pandemic that he has seen expressed towards other crises — and that are dissected thematically in Objects in the Mirror.

“I remember 9/11, when the towers were attacked; I was here in Athens and watching it on television and just horrified,” said Smith. “That afternoon I went to one of the local grocery stores and the cashier was checking me out and she asked ‘did you hear about the attack?’ and I said ‘yes, isn’t that terrible?’ She said ‘well, I guess,’ and then she said ‘but it doesn’t effect me because I don’t know anybody in New York.’ I was shocked. Over the last few weeks I have heard the same line — when New York was dealing with COVID-19, I heard people say ‘well, I don’t know anybody in New York,’ and that was before Athens was at the point we are at now. I’ve heard a number of people say ‘well, it doesn’t effect me,’ not understanding that we are all interconnected  — and what is happening in another part of the country, another part of the world, it is going to effect us one way or another.  To turn a blind eye to other people’s suffering, you can do it, but it will creep up on you, it will find you.”